Is Bourbon the Same as Whiskey? | Whiskey Raiders
Article

What’s the Difference Between Bourbon and Whiskey? 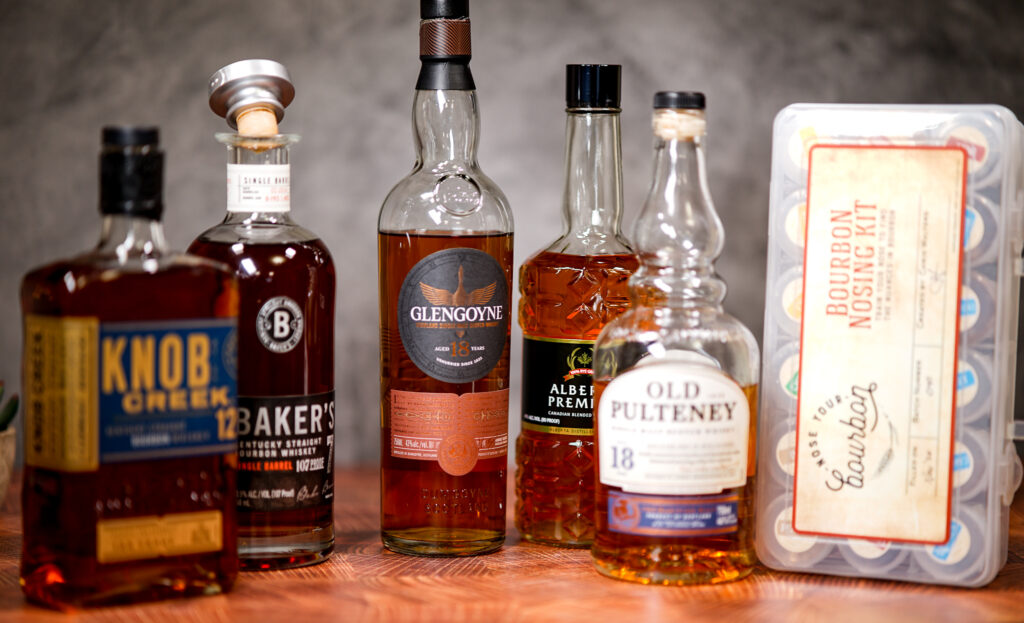 Have you ever wondered about the difference between bourbon and whiskey? Is bourbon the same as whiskey? If you’re unsure, we’re here to answer your questions.

You may have heard the old saying, “All bourbon is whiskey, but not all whiskey is bourbon.” But what does that mean, exactly?

In 1964, the United States Congress recognized Bourbon Whiskey as a distinctively American product. In order to be labeled bourbon, the whiskey must meet a number of requirements set out in the Federal Standards of Identity for Distilled Spirits.

First, it must be made from at least 51% corn. Second, it must be aged in new, charred oak barrels for at least two years. Finally, it must be bottled at 80 proof or higher. Any whiskey that does not meet these criteria is simply classified as whiskey, without the distinction of being bourbon.

It is a common misconception that whiskey can only be made in Kentucky. According to the regulations set by the U.S. Government, bourbon must be aged for at least two years within the United States, but it does not require the whiskey to be made in any one state specifically.

How is Bourbon Made?

The process of making bourbon is similar to the process of making other types of whiskey, with a few key differences. For example, when making bourbon, the mash is typically cooked at a lower temperature than when making other whiskeys. This allows for more of the sugars in the mash to be converted into alcohol. As a result, bourbon often has a higher alcohol content than other types of whiskey.

Bourbon’s flavor profile is often described as sweet, spicy and occasionally smoky. This is due to the fact that, other than corn, bourbon is typically made with a varying proportion of rye, wheat, malted barley and other grains in the mash.

A typical bourbon will also undergo a process known as “chilling and filtering,” which helps to remove impurities and unwanted flavors from the final product. These characteristics combine to give bourbon its unique flavor profile that many whiskey lovers enjoy.

The best bourbons are those that have a nice viscosity and coat your palate, giving it a rich, luxurious feel. If you’re looking for a top-quality bourbon, we’ve got some recommendations for where to start.

There are a number of different bourbon brands on the market, each with its own unique flavor profile. When choosing a bourbon, it’s important to consider your personal preferences.

If you’re a fan of bourbons that are on the sweeter side, you might want to check out brands like Maker’s Mark and Knob Creek. Both of these bourbons are distilled using traditional methods and aged in charred oak barrels, which gives them their unique flavor profiles. Maker’s Mark is known for its notes of vanilla and caramel, while Knob Creek has a slightly smokier taste with hints of maple syrup.

Wild Turkey and Bulleit are two brands that offer excellent options for those who prefer spicier flavors. Both brands use higher-rye mash bills, which give the bourbon a more intense flavor. In addition, Wild Turkey ages its bourbon for a minimum of eight to twelve years, while Bulleit ages its bourbon for a minimum of ten years. As a result, both brands offer a unique flavor profile that is perfect for those who enjoy a spicier bourbon.