Much Like his Fans, Braid Paisley’s new Bourbon Followed him on Tour in 2019 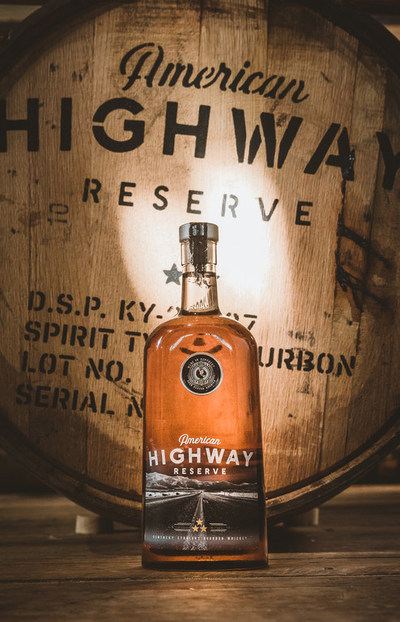 American Highway was aged in barrels stored in a 53-foot semi-trailer that followed Brad Paisley on his 2019 nationwide tour for 7,314 miles across 25 states. (Photo: American Highway)

In late October, country star Brad Paisley took to Instagram to tease an upcoming whiskey release. On Thursday, he made it official, announcing that his first American Highway bourbon will launch later this month.

The bourbon was aged in barrels stored in a 53-foot semi-trailer that followed his 2019 nationwide tour for 7,314 miles across 25 states, according to a news release announcing the launch.

Despite going on tour with him just two years ago, the final product won’t be so young. The batch that traveled with Paisley was blended with three-year, 13-year and 15-year Kentucky bourbons. According to the release, Paisley worked closely with Bardstown Bourbon Company to create the final blend.

The second batch, to be released in 2022, was aged on the Rolling Rickhouse during Paisley’s 2021 tour.

On Oct. 29, the same day Paisley hinted at the launch on Instagram, American Highway Reserve posted a video on YouTube titled “The Bourbon: Batch One.”

“Bourbon is the type of thing where it takes time, creativity; it’s a blend of things. It’s so similar, I think, to songwriting,” Paisley said in the video.

Dan Callaway, vice president for product development at Bardstown Bourbon Company, said in the video that Paisley is “a huge bourbon fan” and that his “technical palate” is at an unusually high level for a celebrity.

Callaway describes American Highway as “a subtleness with caramel balance but with a little beat of that heat and spiciness. Tons of flavor and nuance.” Paisley, meanwhile, is shown sipping the bourbon and praising its smoothness.

The next day, American Highway Reserve posted another video, this one titled “Our Story.” This one focuses on the impact of the nationwide tour on the bourbon’s aging process.

“Swishing back and forth, going from coast to coast, going to cold climates, going to warm climates. All that’s gonna impact the flavor of the barrel,” Callaway said.

You can watch that video below:

Nose: Sweet and spicy, with notes of caramel and cinnamon and plenty of oak character

Taste: Bright bursts of apricot and cinnamon with rich dark chocolate and leather