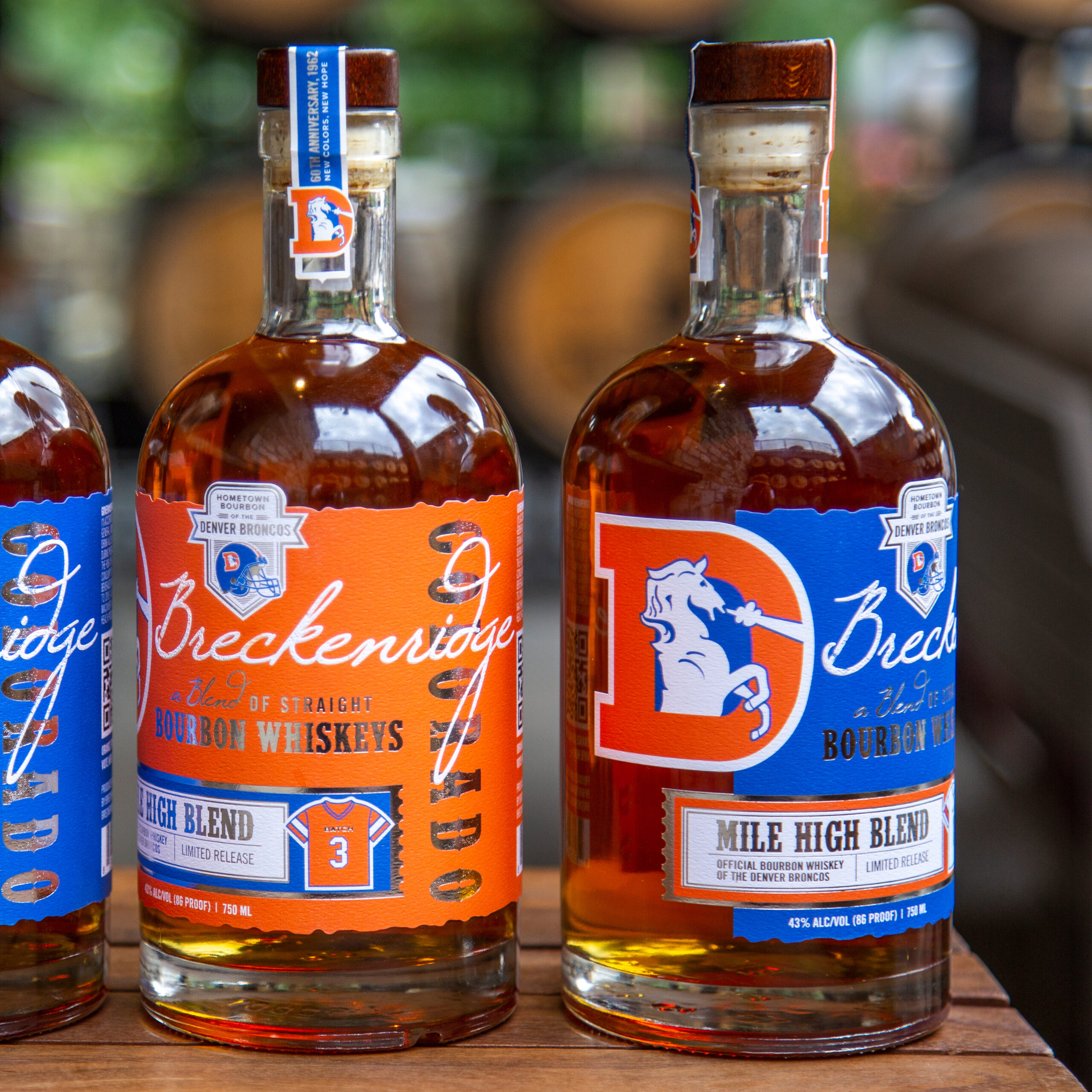 If you’re a Denver NFL fan who enjoys whiskey, Breckenridge Distillery has the perfect products for you: Two Denver Broncos bourbon blends.

The Denver Broncos and Breckenridge Distillery on Thursday announced the release of the limited-edition Mile High Bourbon Blends, the second commemorative Broncos Bourbon Blend of the series.

The bottlings will be made available for purchase to fans 21 and older beginning August 8.

“Last year we released our first collaboration with the Denver Broncos and the Broncos Bourbon blends were not only a hit with our Colorado fans, but the whiskey industry as a whole,” Breckenridge founder Bryan Nolt said in a news release. “We’re so excited to continue our partnership with the Broncos and bring Broncos and whiskey fans across the country our latest release of the Mile High Blends to enjoy this season.”

These limited-edition orange and blue Broncos bourbon blends pay homage to the Broncos Mile High Era and include the team’s 1962 logo on their label. Both expressions are bottled at 86 proof.

Click here to vote which blend was better between Orange and Blue. By voting, fans will be entered to win a gift basket full of Breckenridge and Brocos swag.