Bourbon Meets Boots: For the 2nd September in a Row, Wolverine Partners With a Whiskey Brand on Footwear Release 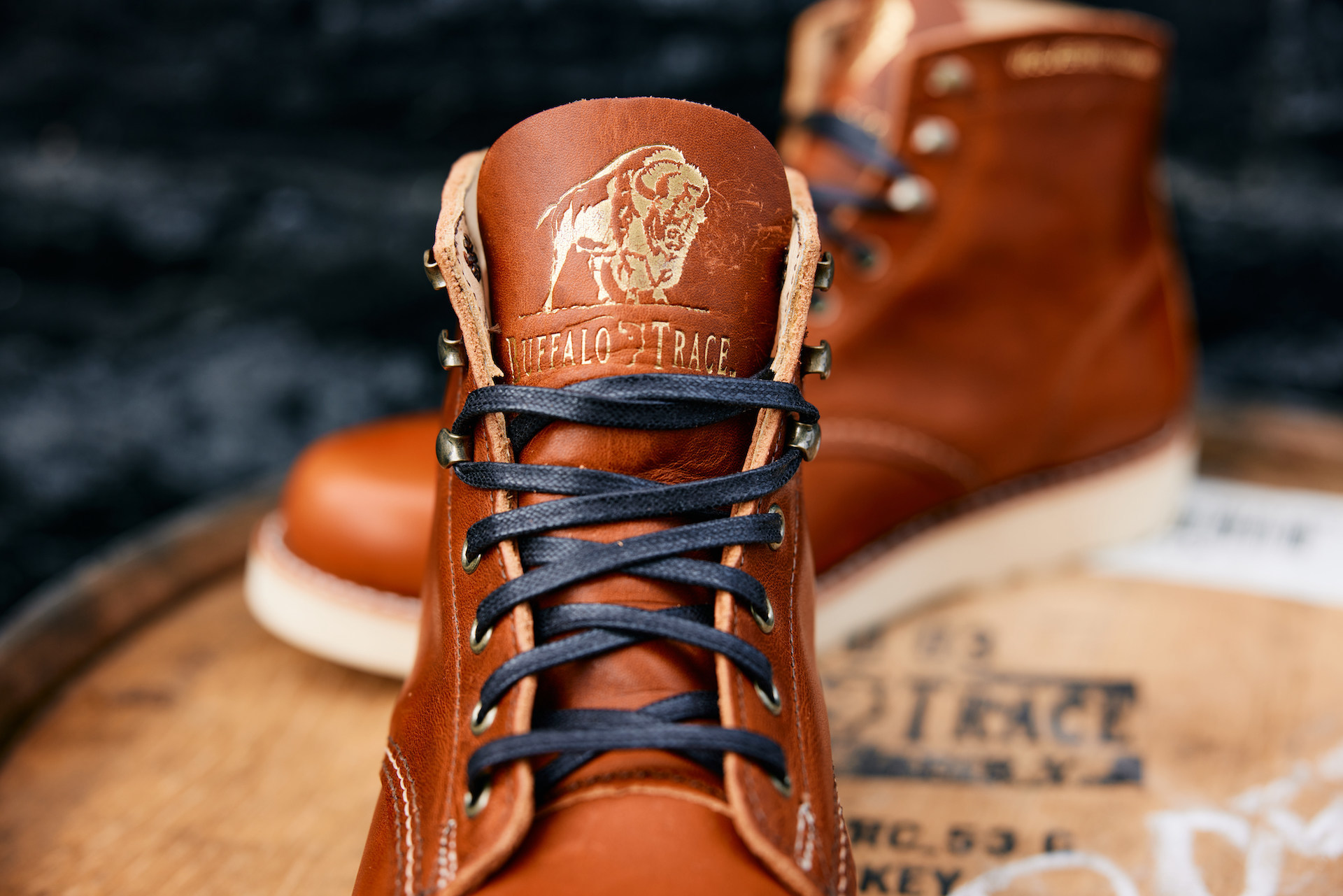 The boots, designed in Michigan and handmade in Arkansas, feature the Buffalo Trace logo on the tongue and the Huckberry logo on the heel.

“These boots truly encapsulate the heritage and quality our brands are collectively known for,” Scott Schoessel, VP of global marketing at Wolverine, said Thursday in a news release. “Through the design process, our team thoughtfully added unique details of each brand. We couldn’t be more excited to celebrate these boots with our consumers during National Bourbon Heritage Month.”

The boots are available now exclusively from Huckberry.com, priced at $425

“We are thrilled to collaborate with Wolverine and Huckberry for this truly one-of-a-kind boot,” said Sara Saunders, vice president of global marketing for Buffalo Trace. “Bourbon drinkers choose Buffalo Trace for its hand-crafted, uncompromised quality and consistency, all of the same equities that Wolverine poured into this product. We know our fans will love it.”

Last September, Wolverine released a pair of boots in collaboration with Old Rip Van Winkle — which is under the Buffalo Trace umbrella – featuring heels made from bourbon barrels. Perhaps these limited boot releases will be an ongoing, annual event from Wolverine, with a new Buffalo Trace partnership each year.