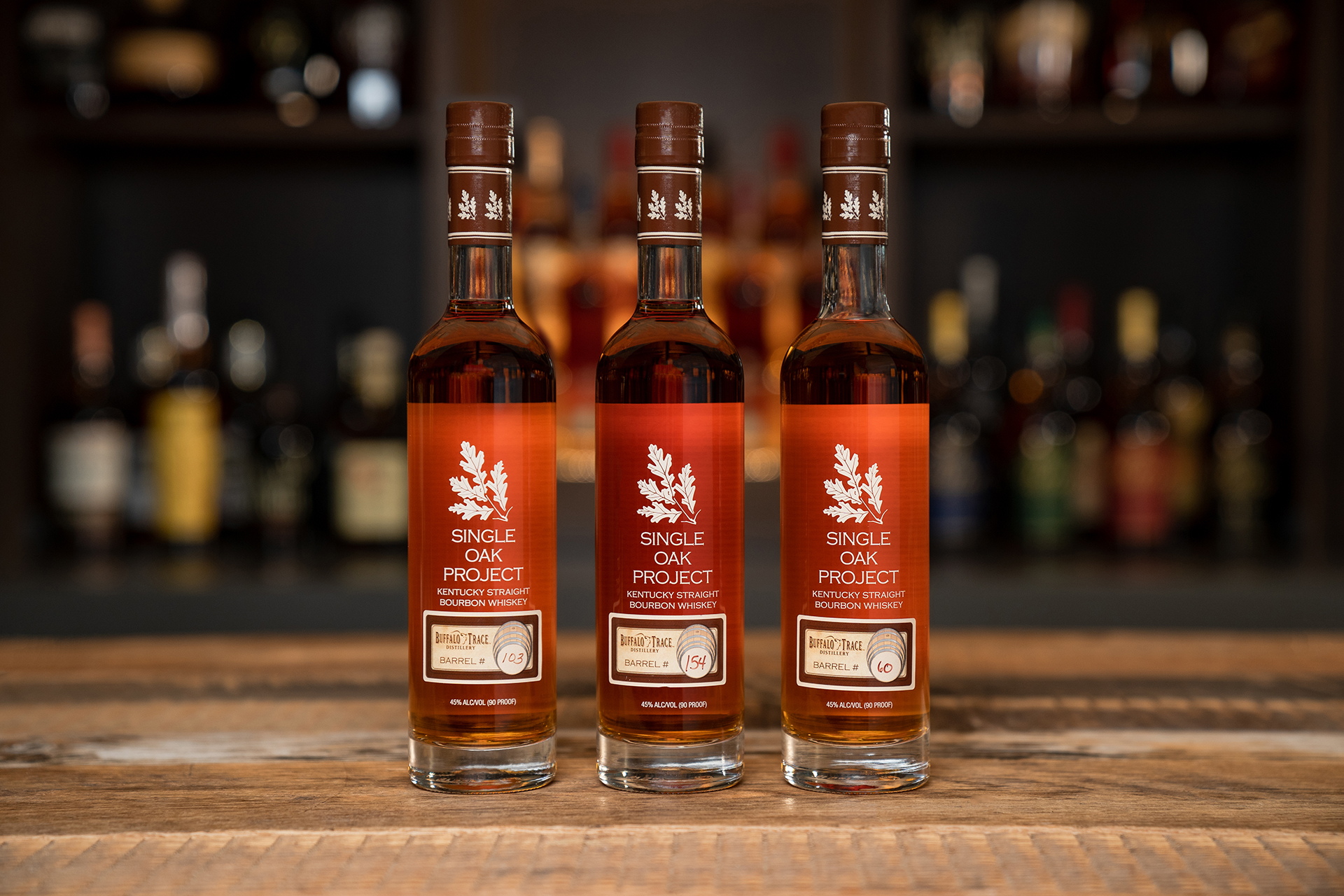 Three hundred of the 2,022 bottles Buffalo Trace is donating will be 375-milliliter bottles of The Single Oak Project. (Photo: Buffalo Trace)

Buffalo Trace Distillery announced Wednesday that it is welcoming 2022 by donating 2,022 bottles of whiskey “in hopes of raising record-breaking donations for nonprofits around the world,” according to a news release.

The distillery is offering nonprofit organizations and registered charities an opportunity to register for a chance to be awarded a bottle, which the nonprofits then can use for fundraising. Buffalo Trace said it will handle shipping, and all it will ask for in return is for the recipient to report back how much money it raised. Interested nonprofits can register here. Entries must be received by March 31, and the winning charities will be notified of their status by April 29.

“We really want to make an impact in 2022,” said Sara Saunders, vice president, bourbon, Buffalo Trace Distillery, in the news release. “We’ve got a wonderful database so far of nonprofit organizations, but we encourage others from across the U.S. and the world to register their charitable organization, as we know the need is great. We’ve handpicked some of the best whiskies from across our portfolio, in hopes they garner top dollar for the recipients.”

Included in the offering will be Buffalo Trace’s debut into the non-fungible token arena, with five NFTs each representing the world’s first six-liter bottle of bourbon, filled with bourbon distilled in 1982 in Buffalo Trace’s O.F.C. line. No other information was offered by Buffalo Trace about the specifics of the NFTs, but the news release said they will be available in mid-February and more details will come at a later date.

A bottle of Buffalo Trace’s 1995 O.F.C. Bourbon, the whiskey the distillery is representing with NFTs, recently was auctioned off, along with a basketball signed by University of Kentucky head coach John Calipari and blessed by Pope Francis, to raise funds for tornado relief in Kentucky. The bourbon and basketball sold for nearly $17,000.

The marriage of NFTs and spirits is becoming more legitimate by the week. Count Hennessy, Dalmore, Macallan, Invivo, Glenfiddich and Kinsale among alcohol brands that have sold NFTs.