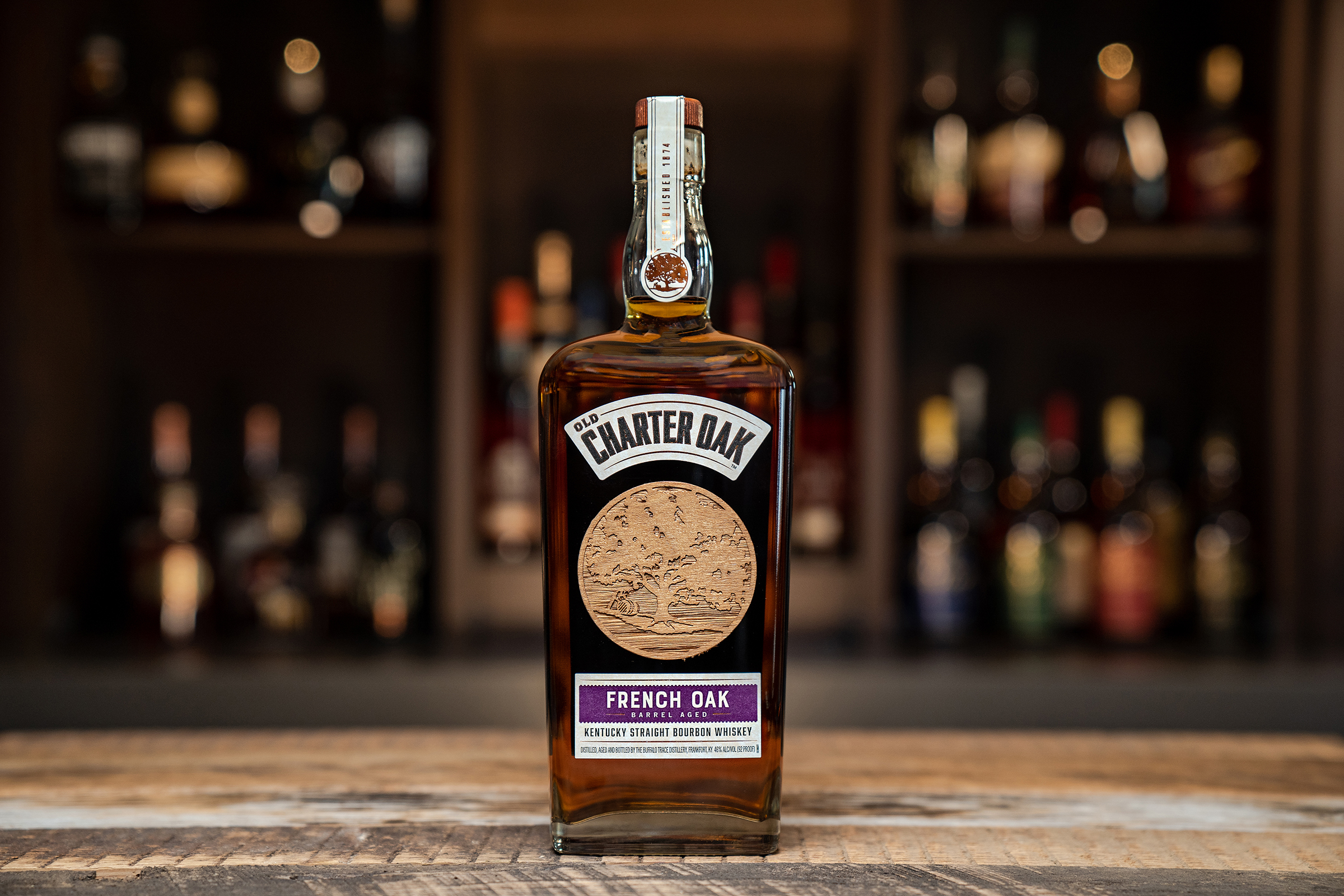 Bourbon is considered the quintessential American whiskey; legally, it must be made in the U.S. to be classified as bourbon. The use of American wood barrels, however, is a pervading practice but not a stipulated one. Buffalo Trace’s Old Charter Oak brand is dedicated to showcasing the diverse profiles of barrels obtained from oak trees grown in different countries, climates and soil.

This limited release is a new iteration of Old Charter’s French Oak series and will be available in late November. In 2013, Buffalo Trace obtained barrels from France and filled them with its Mash No. 1, the same mash bill used in Buffalo Trace, Eagle Rare and other bourbons from the distillery.

French Oak comes with a suggested retail price of $69.99 and is bottled at 92 proof.

“We first experimented with French Oak barrels in 1995,” said Master Distiller Harlen Wheatley in a news release. “We released our first experiment with French Oak in 2006, and we were so pleased with the results we bought more barrels from France and put more bourbon up to age. Over time, this has become one of our favorite bourbons and it’s always a treat when we’ve got some that are ready to bottle. It’s power packed with sweetness, sourced from the vanilla, caramel and wood sugars while balanced with the French Oak tannins. With the French Oak barrels, we are exploring how the flavors are delivered at different levels. It speaks to the regionality of wood and how it can impact the flavor of the bourbon whiskey.”

Nose: Vanilla with hints of apricot, cherry and rose petal

Taste: Thick and creamy maple syrup, with the oak flavor coming through

Old Charter dates back to 1874, when Adam and Ben Chapeze created the bourbon and named it after the Charter Oak tree in Connecticut, a symbol of American independence and free spirit. Old Charter was purchased by Buffalo Trace in 1999.

This is the third release of Old Charter Oak French Oak and the sixth release overall for Old Charter Oak. Past releases include Mongolian Oak, Canadian Oak and Chinkapin Oak. Old Charter Oak Bourbon will be releasing more oak expressions in the future, with its next release planned for 2022, according to the release.