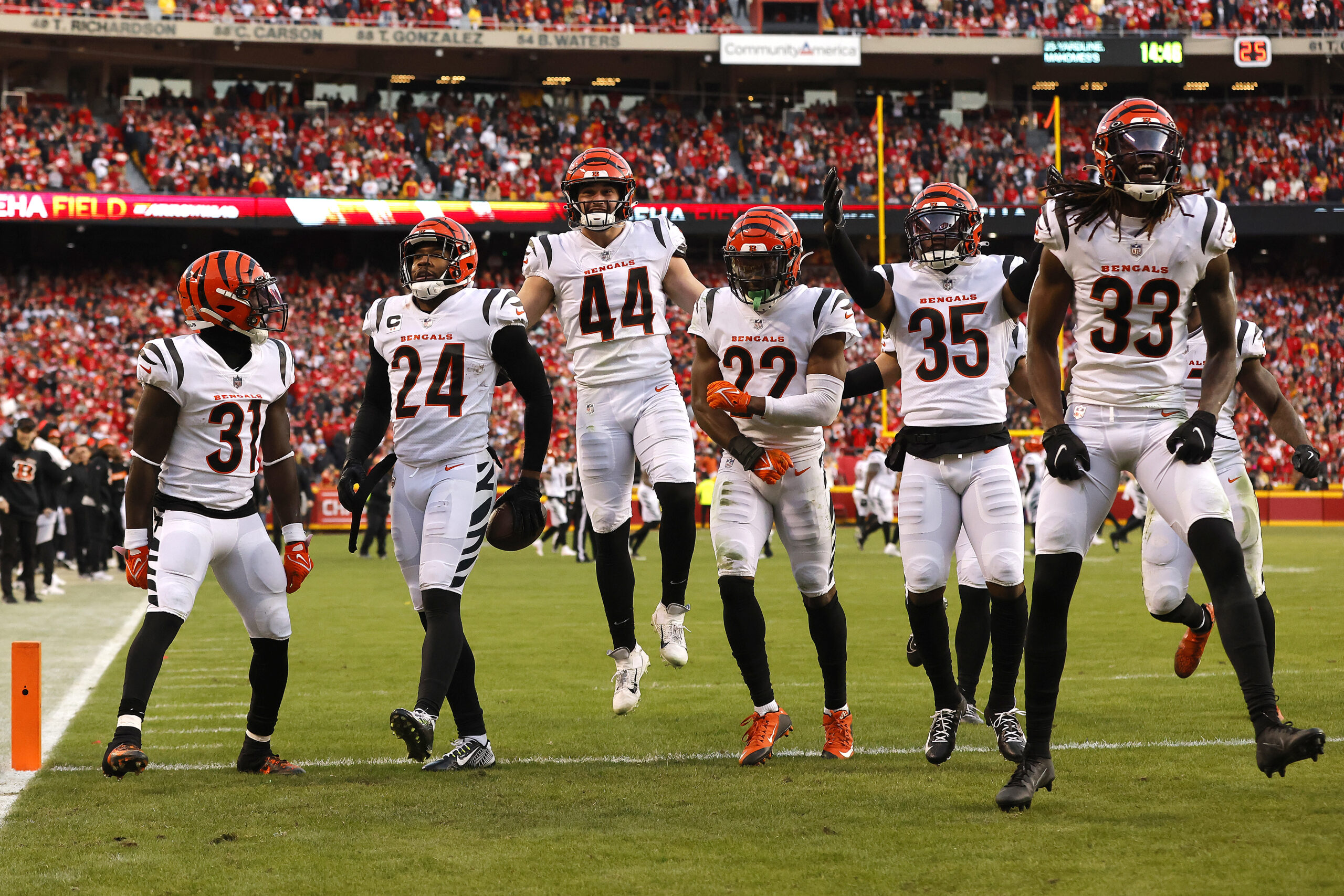 Members of the Cincinnati Bengals defense celebrate after safety Vonn Bell (second from left) intercepted the Kansas City Chiefs in overtime of the AFC Championship Game on Sunday at Arrowhead Stadium in Kansas City, Missouri. (Photo by David Eulitt/Getty Images)

The Cincinnati Bengals are true underdogs. Led by second-year quarterback Joe Burrow, they entered the NFL playoffs given 20-1 odds to win a Super Bowl. After taking down the Las Vegas Raiders and Tennessee Titans, Cincinnati faced its biggest test in the AFC championship game: the Kansas City Chiefs, who appeared in each of the past two Super Bowls, winning one.

Improbably, the Bengals took down the Chiefs in overtime, 27-24, punching their ticket to the Super Bowl. After the game, the Bengals’ special teams unit was recorded doing shots of Willett Pot Still Bourbon.

The Bengals Special Teams unit is HYPED to be SB bound

Frankly, we can’t believe such an incredible, important victory wasn’t celebrated with a more special bourbon. Willett Pot Still is OK but not great. The bottle is cool and fancy, but the spirit it houses is just average. The biggest note from our review of Willett Pot Still was “not a lot going on here.”

We don’t mean to be snobs, and we’re sure that in that triumphant moment, even Hayes Parker would have tasted delicious. Still, though, we believe a victory of his magnitude deserves to be celebrated with something a little better.

Just earlier this month, we saw Georgia quarterback Stetson Bennett celebrate his College Football Playoff National Championship with a bottle of 23-year-old Pappy Van Winkle. That’s a bottle that’s tough to find for less than $3,000, and he’s a college kid! These are NFL players making millions of dollars.

The Super Bowl is set for Feb. 13 in Los Angeles between the Bengals and the Los Angeles Rams. If the Bengals end up hoisting the Vince Lombardi Trophy on Super Bowl Sunday, we hope they’ll toast that victory with a more momentous bourbon.