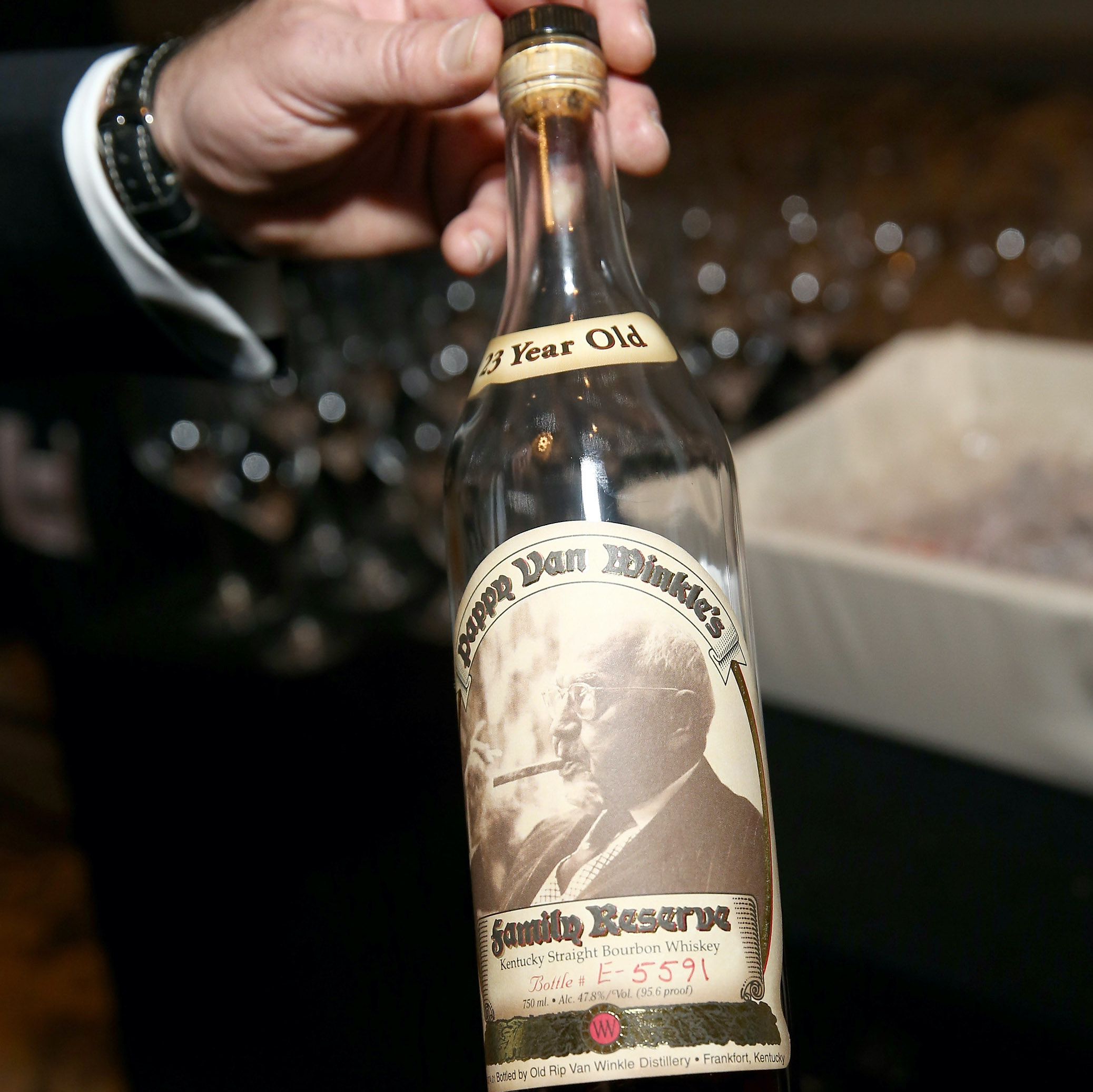 A eare bottle of Pappy Van Winkle bourbon is seen during the Nashville Best Cellars Dinner on April 25, 2016, at the Loews Vanderbilt Hotel in Nashville, Tennessee. Scams involving the counterfeiting of rare, pricy bourbons are on the rise. (Photo by Terry Wyatt/Getty Images for T.J. Martell Foundation)

As counterfeit bourbon scams trend upward, two experts on the topic — Joe Magliocco, president of Michter’s Distillery; and Kenny Coleman, co-host of the “Bourbon Pursuit” podcast — weighed in. The two spoke with Louisville news outlet WHAS11, providing information and ways to avoid being the victim of a scam.

Many bourbons are incredibly rare and expensive; for example, the price for a 25-year-old bottle of Michter’s Rye recently leapt to $36,999. Even empty bottles of Michter’s are being sold on secondary markets for about $500, Magliocco said. But why are people paying $500 for an empty bottle? Magliocco and Coleman both believe it’s for more than collector’s sake.

“You’re not making a candle out of it, you’re not making some sort of family heirloom,” Coleman told WHAS11. “You’re putting it out there with the intention that it is going to be refilled and then sold to somebody else that’s unknowing.”

Coleman estimated that 10% of bourbon sold on secondary markets is likely counterfeit — a number that is bold but plausible.

Tips to avoid being scammed

1. Look at the bottle seal. While some bourbons have basic seals, others, such as Willett, have added family crest impressions to theirs.
2. Van Winkle has its own tells, especially the Pappy 23-year-old. All of the bottles have laser codes on them, Coleman said: “They always have a pretty familiar fill line, so it’s always going to be about midway to the height of the neck.”
3. Buffalo Trace recently gave a similar warning about whiskey scams, and gave its own tips to avoid falling prey. Check those out here.