The Perfect Drink to Get You Through the Drama: ‘Real Housewives of New York City’ Star Releases Roaring ’20s-Inspired Bourbon 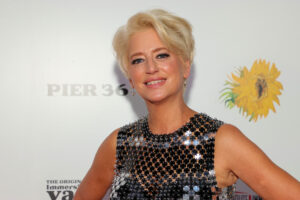 If you’re a fan of “The Real Housewives of New York City,” then you know that Dorinda Medley is quite the character. Now, she’s launched her very own bourbon, inspired by one of her properties – Bluestone Manor in Massachusettes.

The small-batch wheated bourbon is said to be exceptionally smooth with an impressive depth of character — not unlike the manor itself. Apparently, the Bluestone Manor was a speakeasy during prohibition, and the bourbon is a tribute to the home’s salacious past. 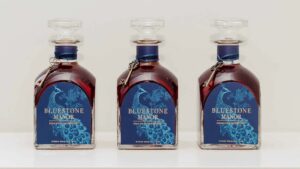 “Transport yourself to the roaring ’20s, where the Manor acts as a safe haven for self-expression and freedom,” the Bluestone Manor Bourbon website reads. “Rich with history and vibrant with life, Bluestone Manor was a speakeasy, where patrons would share a glass of Bourbon and dream of happier times. If only these walls could talk, what would they say? Come closer and we’ll tell you. Here’s the key, welcome to Bluestone Manor.”

Dorinda is set to make a killing off of the Bluestone Manor property, as she has not only launched a new bourbon inspired by the location but has also listed the property on Airbnb, so anyone is able to enjoy the newly renovated historical home.

🥃🥃🥃🥃🥃🥃🥃
Each batch of Bluestone Manor Bourbon is handcrafted using only the finest grain.https://t.co/54n7MpKsME pic.twitter.com/afvxTbnVYy

Don’t expect to get too crazy in the rental, as Dorinda is only allowing up to four guests per reservation. If you aren’t able to make it to the manor to rent out, there is an opportunity to join her for “Make It Nice and Boozy,” a 60-minute online experience on August 27.

Participants at the online event will enjoy happy hour with Dorinda (who will be live from Bluestone Manor) and participate in a discussion on hosting etiquette — Dorinda’s self-proclaimed specialty. All ticket proceeds will benefit Ronald McDonald House New York.