What We Know About Dr DisRespect's Black Steel Bourbon

Everything We Know About Dr DisRespect’s Upcoming Bourbon Brand 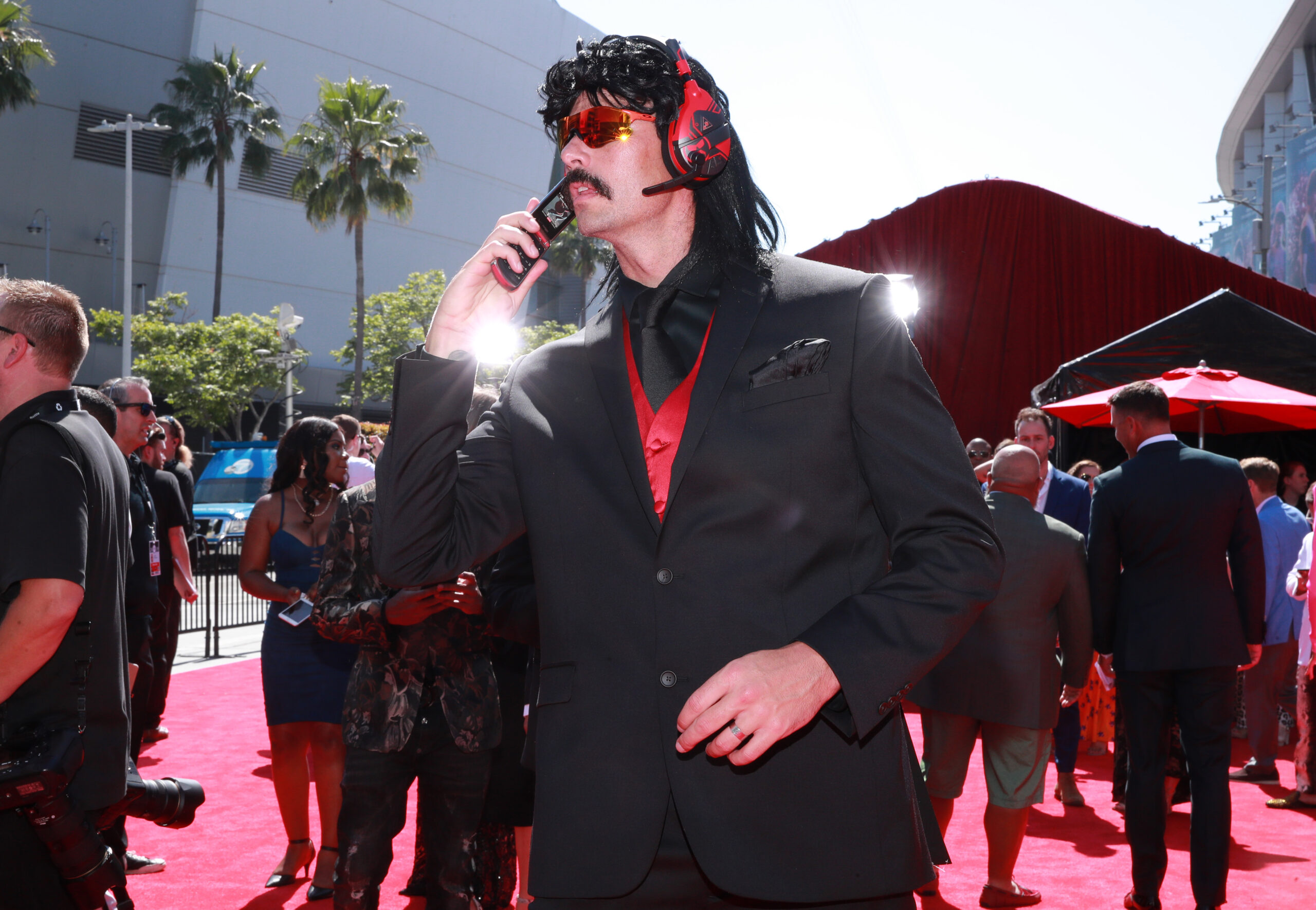 Dr DisRespect attends The 2019 ESPYs at Microsoft Theater on July 10, 2019, in Los Angeles, California. Dr DisRespect has been teasing his upcoming bourbon brand, to be called Black Steel Bourbon, since late 2021. (Photo by Rich Fury/Getty Images)

Famous YouTube personality and video-game streamer Herschel “Guy” Beahm IV, aka Dr DisRespect, has been teasing the release of a branded bourbon since last year. While there still is a great deal we don’t know about The Doc’s whiskey venture, we have gathered some details. Here’s everything we know.

Dr DisRespect’s brand will be called Black Steel Bourbon. The brand already has its own Twitter account, although it is inactive and doesn’t even have a profile picture. Still, we know this account — @SteelBourbon — is the official account for the brand because Dr DisRespect has tagged the account in five tweets. His first mention of the brand on Twitter came back in November, two months after the brand’s Twitter account was created:

Personal Disclaimer: I haven’t had either in years. It’s all about Double IPA’s and that @SteelBourbon

After that tweet, he didn’t tag the account in any tweets until March (although he did mention the brand by name in a February tweet to fellow streamer Nickmercs). From March 22 through April 21, The Doc picked up the pace, tagging the brand in four tweets.

Eaves is a big deal. Kentucky’s first female master distiller, she has quite a résumé. Eaves was included in Forbes’ 2015 Food & Drink 30 Under 30 list. Wine Enthusiast Magazine named her as one of America’s Top 40 under 40 Tastemakers.

She then made the move from distillery life to working as a consulting master distiller, traveling and serving as master distiller for multiple brands. Eaves has clients from Tennessee to Illinois to Florida to China, according to the New York Times. The biggest-profile project Eaves has worked on recently is Sweetens Cove, which counts Peyton Manning and Andy Roddick as cofounders. Eaves has voiced the opinion that Sweetens Cove is going to be “Tennessee’s Pappy Van Winkle” — only better.

Given Eaves’ current work, her involvement with Black Steel Bourbon appears likely to be as the brand’s master distiller — but we can’t be sure. If that is the case, the bourbon has a great deal of promise.

This project isn’t some far-off dream, nor a mere twinkle behind The Doc’s trademark sunglasses. In fact, it seems very likely that the bourbon has already been created and bottled. Dr Disrespect on Tuesday tweeted a photo of a folder marked “NDA,” sitting beside a cigar and … a glass of bourbon. Could this be Black Steel Bourbon? “NDA” stands for non-disclosure agreement, a hint that big news is on the way, but The Doc isn’t legally allowed to share it yet.

I know I know, streams have been limited as of late.

But I don’t need no lip. You know the drill. pic.twitter.com/bKvmLU94Fc

As esports reporter Jake Lucky pointed out, this very well could have been a tease of the brand’s forthcoming launch.

If we consider The Doc’s Twitter history, it certainly appears likely he has been sipping on his own bourbon for quite a while.

In DrDisRespect’s first tweet mentioning the bourbon brand, back in November, he claimed that he hasn’t drank Bud Light or Coors Light in years. “It’s all about Double IPAs and that @SteelBourbon,” he wrote. This seems to imply he was drinking the bourbon as far back as November.

In the aforementioned February tweet to Nickmercs, Dr DisRespect listed enticing attributes of his house. One item he claimed his house had was Black Steel Bourbon. Assuming he wasn’t lying, that again shows that the bourbon was in his hands, not aging in a barrel, in February. If you need further evidence, The Doc tweeted in April that he was “just easing into a casual, early 2nd glass tasting” of Black Steel Bourbon.

No release date for Black Steel Bourbon has been announced, and all of the hints we’ve been treated to have been murky. We do know the “two-time” wants to launch the brand this year.

At the end of 2021, The Doc revealed his resolutions for 2022. Among them: “Bourbon Business.” This isn’t rock-solid evidence that the product will launch this year. However, given that Dr DisRespect appears to have had his hands on the product for months now and he teased it just this week — in May, not even halfway through the year — 2022 feels like the year for the launch.