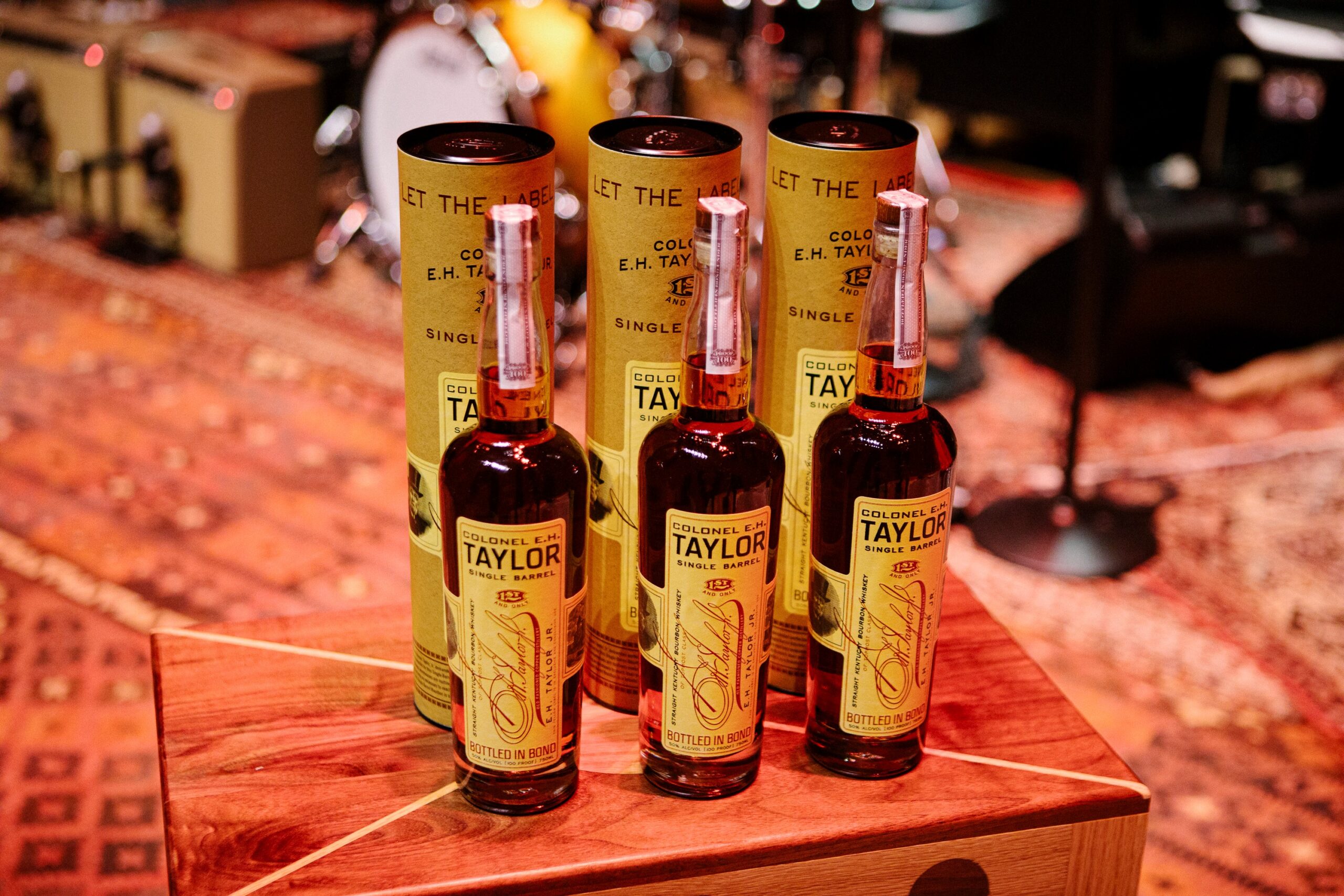 Buffalo Trace’s E.H. Taylor, Jr. bourbon brand is partnering with Grammy Award-winning artist Chris Stapleton to celebrate the 125th anniversary of Bottled in Bond Day, a day honoring the passing of the Bottled in Bond Act, which guaranteed the integrity of the whiskey to the American consumer, and among other things, guaranteed only water can be added to whiskey.

To celebrate the 125th passing of the act, E.H. Taylor, Jr. is launching a commemorative single barrel release hand-selected by Stapleton. E. H. Taylor, Jr. Bottled in Bond commemorative Chris Stapleton Single Barrel Bourbon is being donated to Stapleton’s charity, Outlaw State of Kind. Each bottle will be autographed by Stapleton and used to raise funds for charities across the country.

Two prize packs of the bourbon are available to be bid on at charitybuzz.com.

The second prize pack contains one bottle of E. H. Taylor Single Barrel with a commemorative sticker noting Bottled in Bond Day and partnership with Chris Stapleton; two tickets to the winner’s choice to any Stapleton concert in 2022; and E. H. Taylor, Jr. branded merchandise.

The remaining bottles not included in the prize packs will be used by Outlaw State of Kind throughout the year to raise funds for various causes.

“The first glass of E.H. Taylor, Jr. I ever had was in the studio. Vance Powell, engineer of both music and good times, brought a bottle to the session for inspiration,” Stapleton said Thursday in a news release. “That week we recorded an entire album, and that album was ‘Traveller.’ We’ve made it a point to keep a bottle around ever since. We’re proud to celebrate the 125th anniversary of Bottled in Bond Day with this special Single Barrel bottling. All proceeds raised by these bottles will benefit Outlaw State of Kind, our charitable fund that is dedicated to giving back to the people and communities that continue to play a vital role in our journey.”