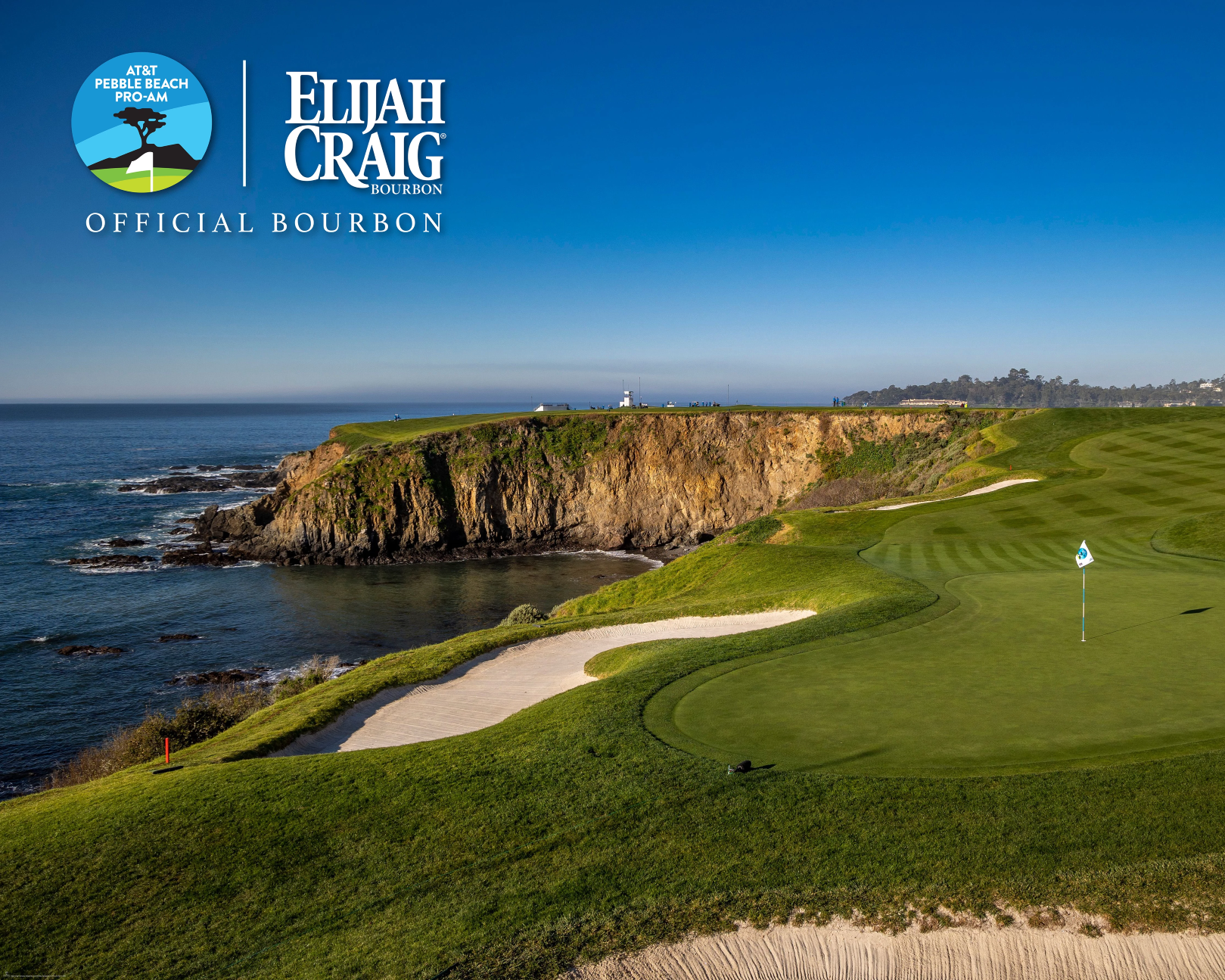 “Elijah Craig Bourbon celebrates the legend and lore of AT&T Pebble Beach Pro-Am Tournament with a shared mindset of striving for greatness,” Max Stefka, Elijah Craig group product director, said in a news release. “We look forward to creating an experience for players and fans to honor their success over a glass of Elijah Craig.”

The AT&T Pebble Beach Pro-Am takes place Feb. 2-5 and has a prize pool of $9 million.

As the official bourbon partner of AT&T Pebble Beach Pro-Am, Elijah Craig will open the “Elijah Craig Bourbon Speakeasy” at the tournament grounds in California. At the speakeasy, spectators will be able to taste Elijah Craig Small Batch bourbon and cocktails and pose for photo opportunities after signing their names on an “interactive signature wall.”

Elijah Craig will also be available outside of the speakeasy at concession stands throughout the course, mixed up in a signature cocktail called “The Kentucky Tea Time.” Think bourbon meets Arnold Palmer; this libation is made with Elijah Craig Small Batch Bourbon, tea and lemonade.

Elijah Craig “displays and engagement opportunities” will also be featured outside of the golf course at retail and bar locations, and the bourbon brand will promote the partnership with an investment in digital advertising and via its social media channels.

Owned and produced by Heaven Hill, Elijah Craig is a popular and mostly well-reviewed bourbon brand.