Now you can try Fine Bourbon Without Breaking the Bank: Four Roses to Launch ‘Mini’ Bottles 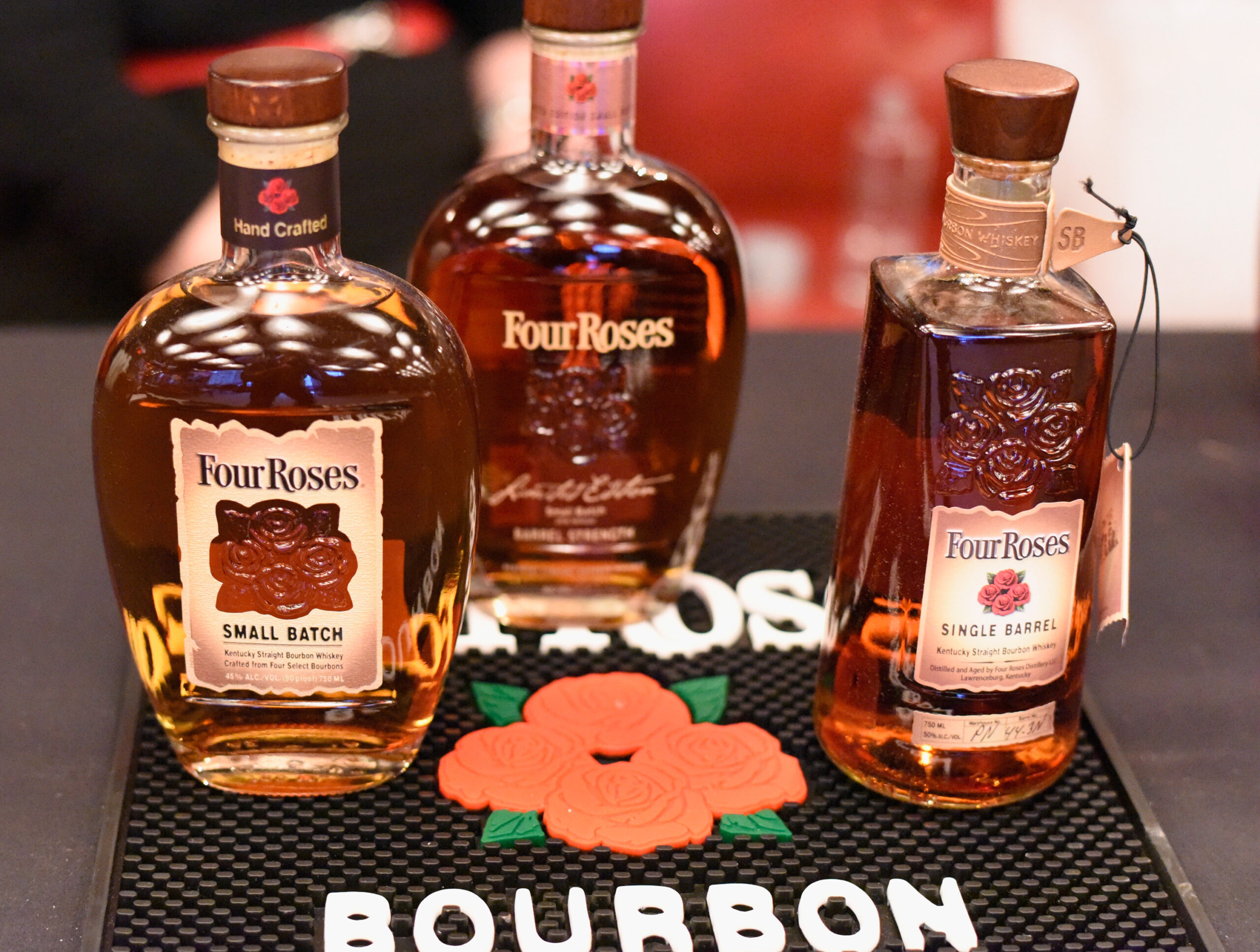 Four Roses will launch “mini” bottles of two of its bourbons. (Dave Kotinsky/Getty Images for NYCWFF)

For many spirit-sippers, there has long existed a fundamental issue regarding the purchasing of fine bourbons. You’d like to try a new bourbon, but buying a whole bottle of one you’ve never tried? That’s a big commitment. If you’ve found yourself in that position in the past with Four Roses, the distillery has an elegant solution: mini bottles.

Four Roses announced Monday that it will begin selling 50-milliliter bottles of its Small Batch and Small Batch Select bourbons.

A standard, 750-milliliter bottle of the Four Roses Small Batch costs $39.99, according to Binny’s, while the Small Batch Select will run you up about $59.97. Those aren’t the most expensive bottles in the world, but they’re not the cheapest, either. If you’re not sure whether you’ll enjoy it enough to buy a full bottle, picking up a mini bottle is a good way to find out!

“The launch of Four Roses minis will give those who are unfamiliar with our Small Batch bourbons an easy way to give them a try, and to sample them side-by-side to taste how the use of our 10 bourbon recipes in different combinations can create distinctly different products,” said Four Roses Master Distiller Brent Elliott in a news release. “The convenience and size of these minis also make them perfect for crafting cocktails, cooking or giving the perfect gift.”

The 50-milliliter bourbons will be available anywhere the full-sized versions are, according to the release.