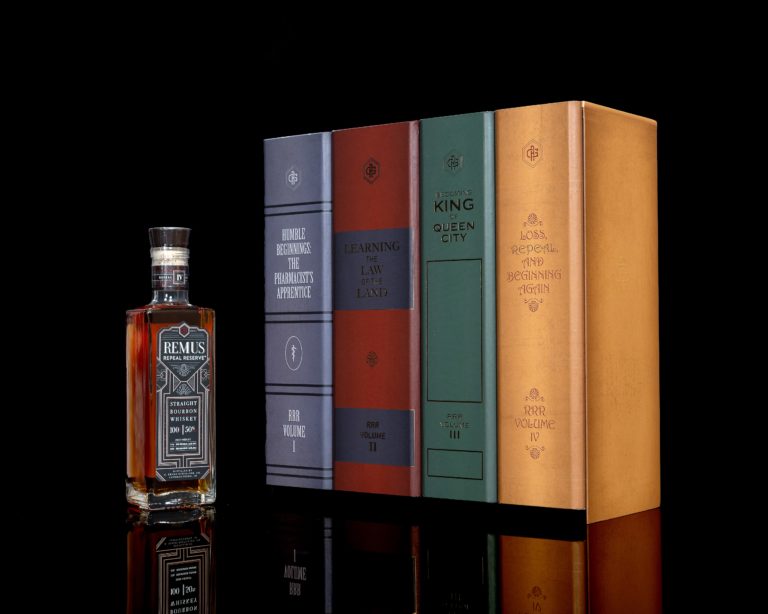 The release is limited to only 600 sets and is available now at a suggested retail price of $599.99.

The collection is housed in a box made to look like books on a shelf. It features four 375-milliliter bottles of Remus Repeal Reserve – one each from Series I, II, III, and IV.

The release calls back to George Remus’ bootlegging history. Remus’ legendary bootlegging operation took place in Chicago, where he grew up, attended the Chicago College of Pharmacy, became a lawyer and illegally sold liquor during Prohibition.

“What better way to celebrate National Bootlegger’s Day than by offering a special collection inspired by the King of the Bootleggers himself, George Remus,” said Shanae Randolph, brand manager for George Remus Bourbon, in a news release. “The Remus Repeal Reserve Series has become a highly anticipated release for consumers. We are pleased to offer this unique, one-of-a-kind box set featuring this award-winning series of bourbons.”