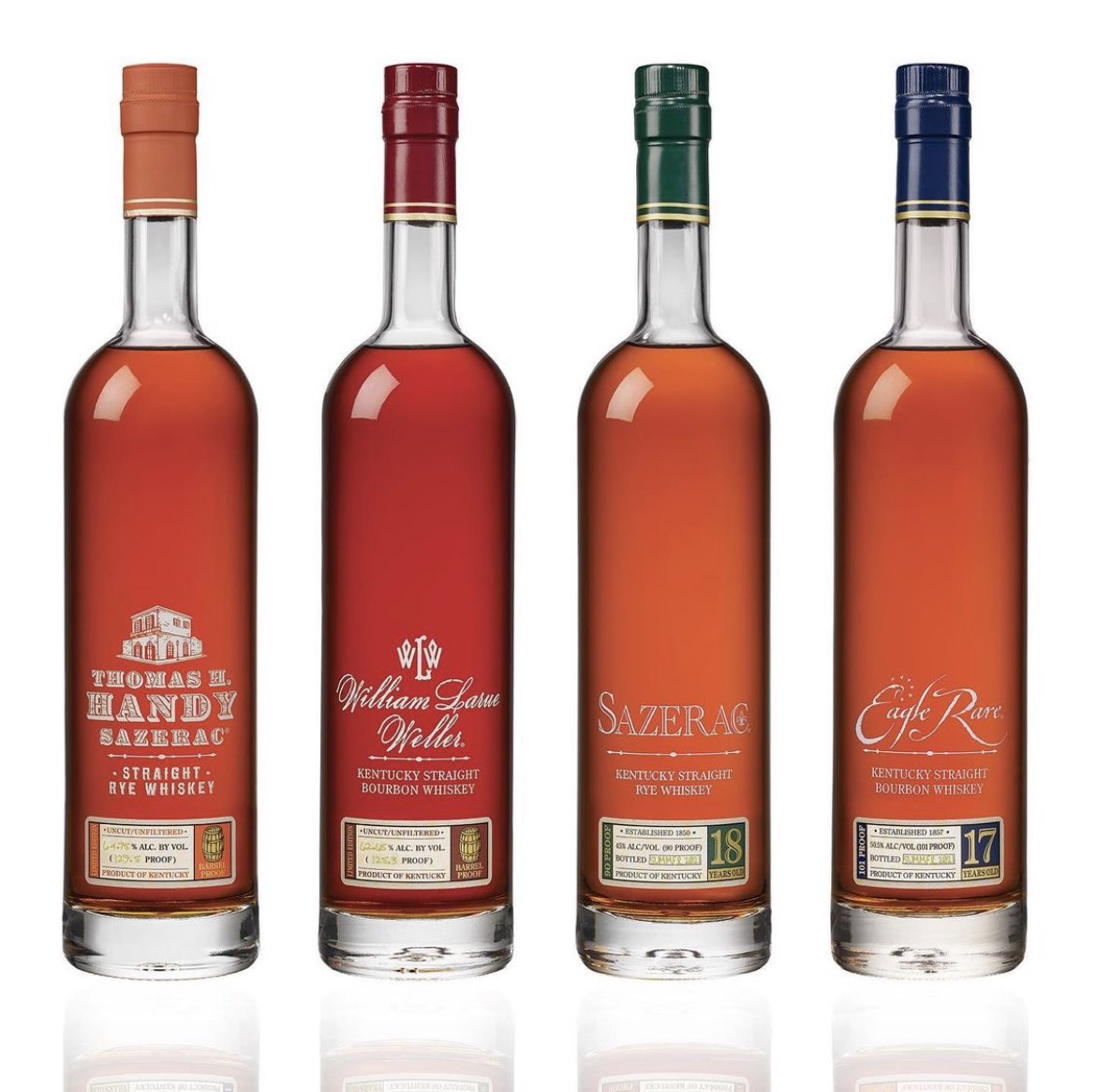 Wednesday morning was a whirlwind for many bourbon enthusiasts when the news came that the 2021 release of the annual Buffalo Trace Antique Collection would be missing one of its staples: 15-year George T. Stagg, which Buffalo Trace said it excluded because the batch didn’t meet the distillery’s standards.

“Unfortunately, this crop of barrels earmarked to be Stagg back when it was put in the barrel in 2006 did not meet the Stagg profile today,” said Master Distiller Harlen Wheatley in a news release. “We discussed at great length how to proceed, and ultimately decided we did not feel right about lowering our standards or the age, by dipping into next year’s supply of barrels. We know fans will be disappointed, as are we, but we could not release a bourbon that we did not feel was up to par with the flavor profile expected of George T. Stagg.”

The other four members of the collection — William Larue Weller, Thomas H. Handy Sazerac Rye, Eagle Rare 17 Year Old and Sazerac Rye 18 Year Old — will be available later in October. The suggested retail price for each bottle in the collection is $99.

A Buffalo Trace representative told The New York Times that the distillery made the decision to hold back the release despite the fact that doing so would cost the company millions of dollars in lost sales.

Many bourbon fans took to Twitter to respond to the news with snark and a smirk or an eyeroll — the Antique Collection sells out very quickly each year, and therefore, the bottles end up being very difficult to find or can be found at exorbitant prices on secondary markets.

oh man that bottle i havent been able to get since 2014, what will i do without it again this year?

A year without Stagg. Will anyone notice? I mean, it’s not like you can go buy it somewhere. https://t.co/9CEG86DWRK

“Oh no! Ferrari won’t release the Portofino this year? Bummer. I buy one every year.”

Oh darn. This was the year I was going to get one too.

Still, a number of bourbon enthusiasts were disheartened by the news.

It’s sad for bourbon fans of all kinds. Lots of us drinkers enjoy GTS, including bar pours when there’s a deal. Those that collect or resale will also be disappointed.

Consistently my favorite of the bunch. Bummer.

Was likely not going to find one anyways, but this is slightly depressing. What a bummer..

One Twitter user insinuated that Buffalo Trace will continue aging what would have gone into this year’s Stagg release and sell that at a high price a few years down the line.

Writer Susannah Skiver Barton even suggested the humorous eventuality of whiskey scammers putting fake bottles of 2021 Stagg up for sale due to not hearing the news that the release was canceled. This, after all, is how famous wine fraud Rudy Kurniawan fell under suspicion: caught selling wine from a vintage that didn’t exist.

I look forward to scammers not hearing this news and trying to sell fake bottles of 2021 Stagg https://t.co/aszYd9hcS2

Barton’s prediction might not be too far off base, unfortunately. Whiskey scams have been out of control as of late.

George T. Stagg should be included in the 2022 Antique Collection, according to Drew Mayville, master blender, director of quality.

“Quality is always paramount for our products,” Mayville said. “If the taste doesn’t match our expectations, then we will not release it to our customers. And unfortunately, this year’s yield of Stagg did not meet our expectations. Good news is, we’ll have the barrels we put up in 2007, which are on track so far for a 2022 release, barring anything unforeseen changes.”