As Glass Shortage Continues to Wreak Havoc on US Spirits Industry, Some Distillers Forced to Turn to Plastic 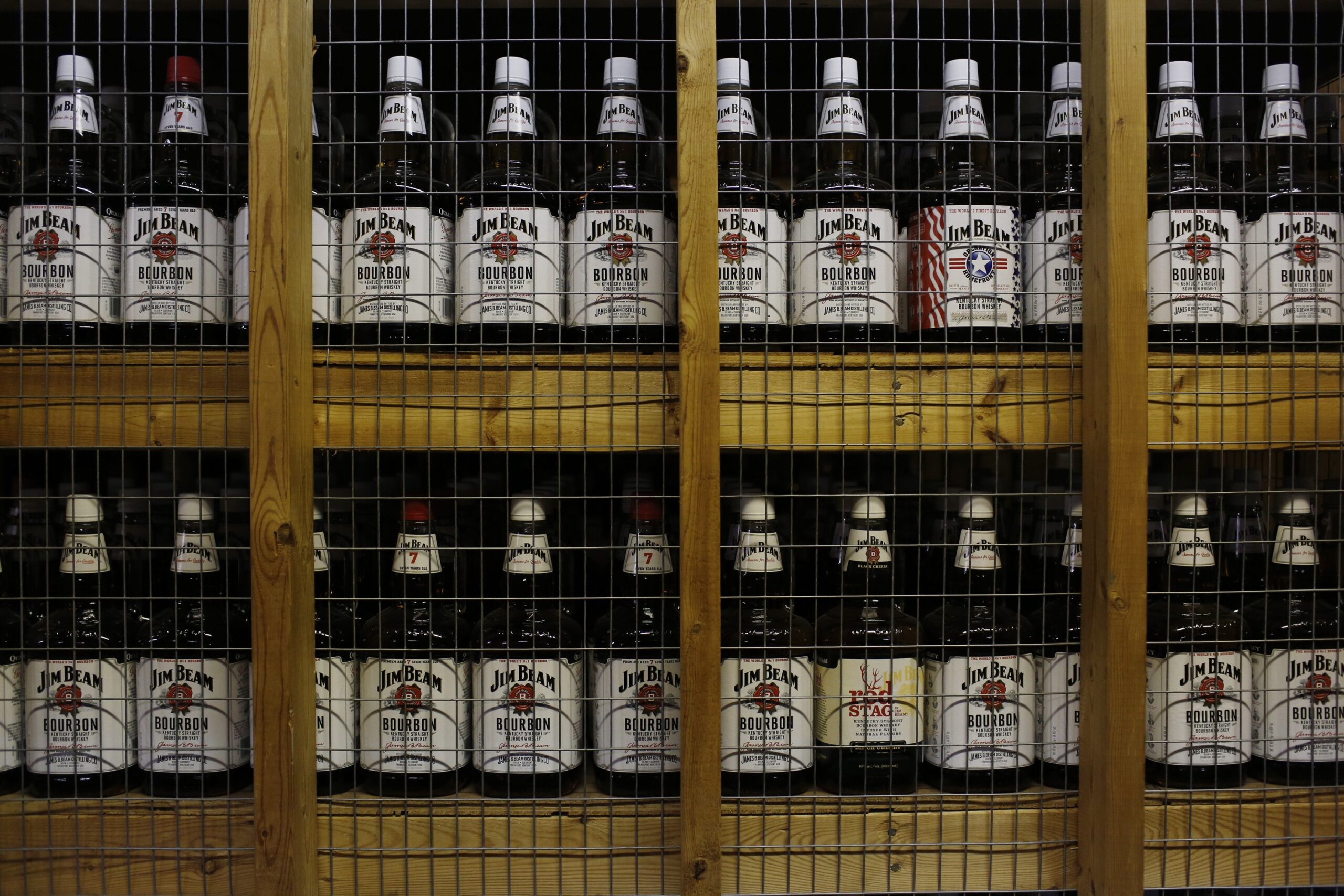 Bottles of Jim Beam Bourbon sit in storage at the Jim Beam Bourbon Distillery on Jan. 13, 2014 in Clermont, Kentucky. Jim Beam is selling its bourbon in plastic bottles as a glass shortage continues in the U.S. (Photo by Luke Sharrett/Getty Images)

As a major glass shortage continues to grip the U.S., some distillers have been forced to sell their spirits in plastic bottles.

According to the Times Union, 750-milliliter bottles of Jim Beam bourbon and Johnnie Walker scotch whisky both have begun entering stores in plastic. The Times Union said a spokeswoman for Beam Suntory, Jim Beam’s parent company, said the company expects to go back to glass in 2022, except for the miniature 0.75-milliliter bottles, for which plastic is the standard bottle material.

Plastic is widely regarded as inferior by spirits professionals and consumers, and not without reason. Plastic is more permeable than glass, meaning oxygen and carbon dioxide can more easily get into the spirit. Furthermore, ethanol (alcohol) can slowly dissolve polymers such as plastic. This can lead to chemicals from the plastic seeping into the spirit, which can be unhealthy and alter the taste. Plus, glass is 100% recyclable, making it better for the environment, which is a pretty big deal as the spirits industry becomes more and more sustainability-forward.

According to the Times Union, Craig Allen of All Star Wine and Spirits in Latham, New York, believes there are positives to plastic. Specifically, the bottles are lighter and easier to move around and stack, plus there are no worries about breaking a glass bottle. Allen also said he hasn’t experienced any consumer complaints over plastic bottles in his store.

Beyond the U.S., COVID-19-related supply-chain holdups have haunted other countries, including the United Kingdom and Spain.