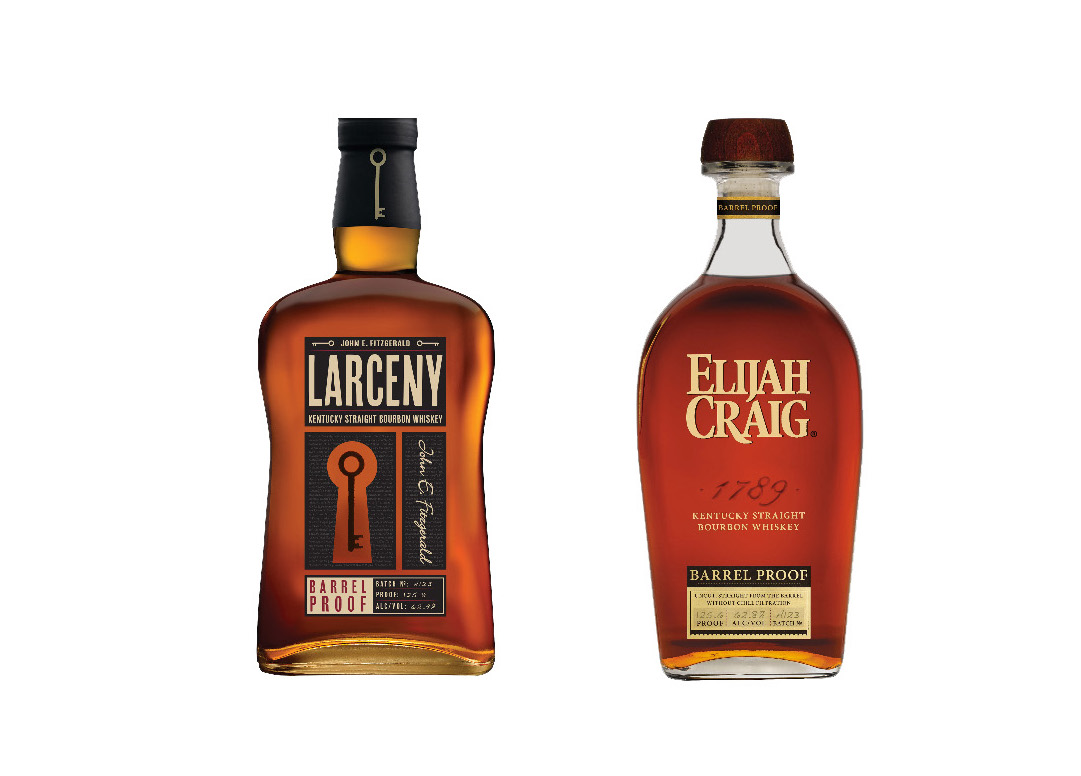 Kentucky distillery Heaven Hill has released the first two barrel-proof whiskeys of 2023 from its Elijah Craig and Larceny bourbon brands.

Larceny Barrel Proof A123 is distilled from Larceny’s standard wheated bourbon mashbill, which contains 68% corn, 20% wheat and 12% malted barley. The new Larceny release is aged six to eight years and bottled at 125.8 proof.

This is the 11th year that Elijah Craig Barrel Proof has been released. The expression is aged 12 years. Bottled at 125.6 proof, ECBP A123 is made from the distillery’s standard bourbon mashbill of 78% corn, 12% malted barley and 10% rye. As Robb Report’s Jonah Flicker put it, “That’s pretty close to the strength of the Larceny, but that’s by chance and not by choice.”

Each of these whiskeys carries a suggested retail price of $69.99. The second and third batches of each of these barrel-proof bourbons will launch in May and September.

In November, Heaven Hill announced the release of the 16th edition of the Parker’s Heritage Collection, a line of whiskeys created in memory of the late Heaven Hill master distiller, Parker Beam.

Disclaimer: This post may contain affiliate links, which means we may earn a small commission when you make a purchase through links on our site at no additional cost to you.