‘Whiskey Made the Hard Way’: Less Than a Month After Departing Old Forester, Jackie Zykan Announces Her Own Brand 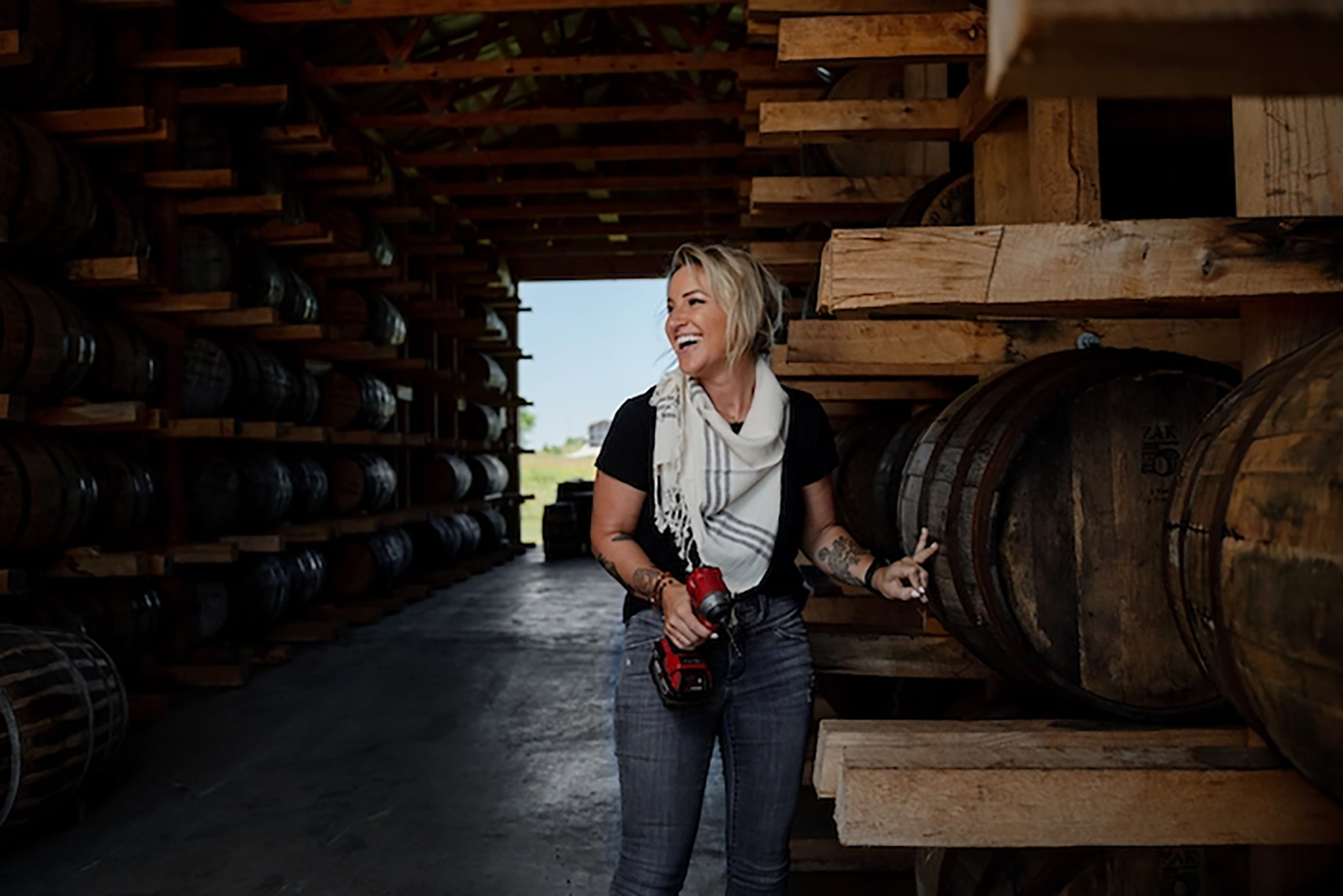 Jackie Zykan caught the whiskey world off guard in mid-June when she announced that she would be stepping down from her position of master taster at Old Forester and leaving Brown-Forman.

Not even three weeks later, her next project has been unveiled. On Tuesday, The Bourbon Review reported that Zykan will start her own whiskey brand: Hidden Barn.

Hidden Barn Whiskey will comprise a series of limited releases from small stocks, each blended by Zykan in collaboration with three other partners, per The Bourbon Review. Sykan will be joined at Hidden Barn by Nate Winegar and Matt Dankner from Denver’s 5280 Whiskey Society (which Zykan called “one of the most successful bourbon aficionado groups in the country) and Royce Neeley of Sparta, Kantucky-based Neeley Family Distillery. The Neeley family, now 11 generations deep into whiskey distilling, is well-respected in Kentucky.

Hidden Barn will be made from liquid sourced from Neeley Family Distillery, and Zykan is looking forward to blending in her new role.

Zykan told The Whiskey Wash that Hidden Barn will offer single-barrel releases and a small batch that will be regularly available.

“But when I say small batch, let me be very clear. We’re talking eight barrels at a time, super small batch,” Zykan told The Whiskey Wash. “But that’s what made sense to me to do. I think the bigger your batch size, the more you lose that individual nuance of every barrel.

“And if you’re able to produce batches in a small enough size and just embrace their differences, why not? So yeah. Hidden Barn. That’s what it is.”

Zykan told The Whiskey Wash that the name “Hidden Barn” stems from secret distilling that occurred in Kentucky barns. These barns were painted black to hide the fungus and mold that would grow on the outside of the barns as a result of the distillation going on inside.

Hidden Barn’s first product will be a small-batch expression available exclusively in Kentucky and Colorado, although Zykan told The Whiskey Wash that Hidden Barn will expand into more states “very quickly.”

“This is all pot still distillate. This is non-filtered barrel strength liquid. So this is just whiskey and its pure raw form barrel to bottle,” Zykan said of Hidden Barn’s products. “It is all hand-bottled. It is all hand-labeled. It is all hand done. It is literally whiskey made the hard way because we just love the process of it and just want to be a part of all of it.”

Zykan is sure of one thing: She doesn’t want to make any core products. The fun of this new venture will come from the exploration of different barrels and bottlings, and a repeating release would conflict with the brand’s ethos.

Zykan said she believes in Neeley’s distillate but didn’t rule out working with other brands in the future.

“I think it’s too early to tell. I really believe in the liquid that we’re using from Neeley. He’s given us a really great product to work with here,” Zykan told The Whiskey Wash. “And he’s been such a great partner and he’s a partial owner of this brand too. So we all have our stake in this.

“I don’t want to put any parameters on this. I don’t want to put any limitations – if we discover opportunities to do something from someone else, cool. If we don’t, cool. I mean, we are literally just going with it and focusing on what the most important piece is, which is actually enjoying what we do for a living. So there’s good liquid out there.”