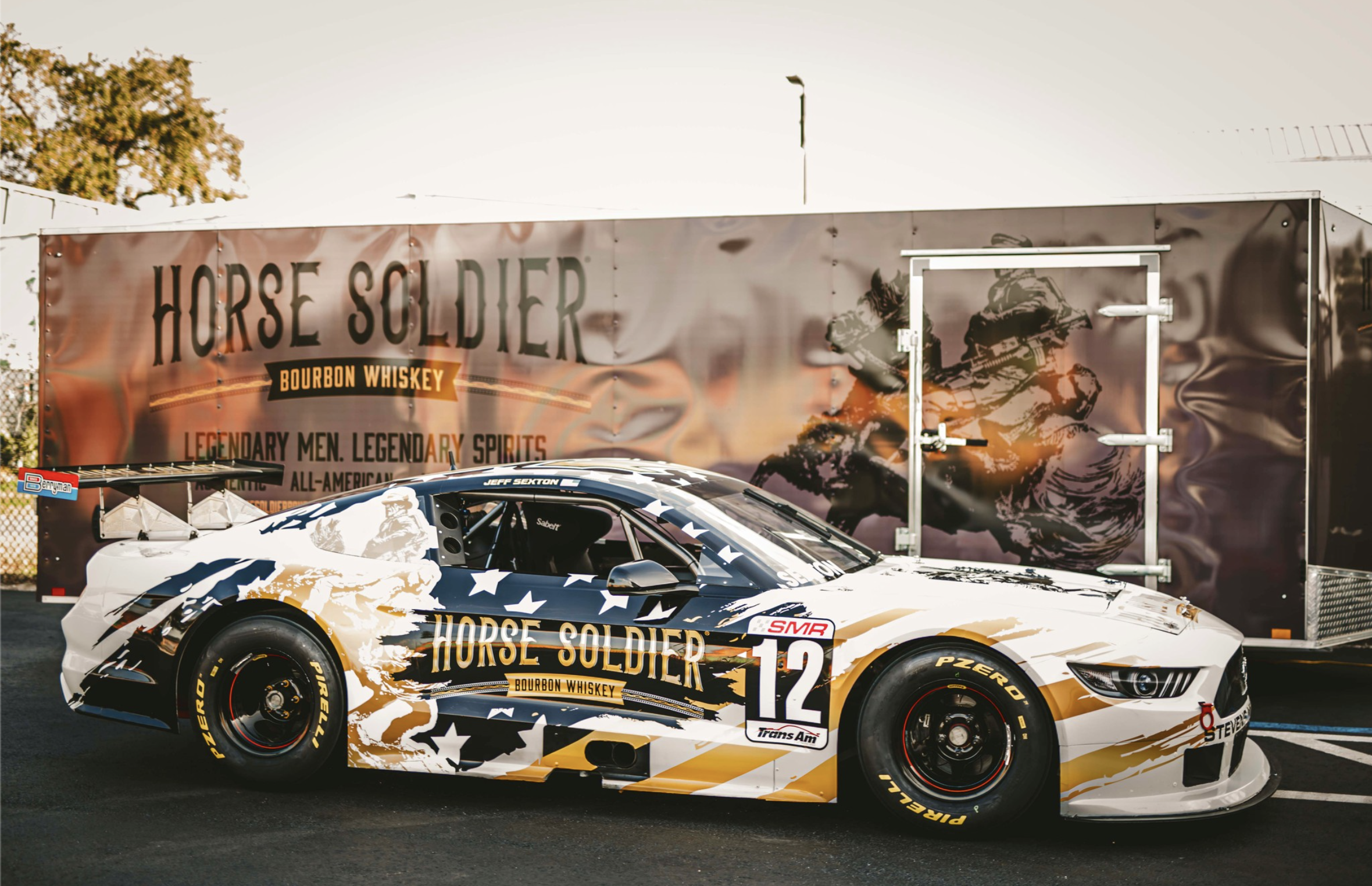 On Thursday, Horse Soldier Bourbon unveiled the #12 car from the Trans Am2 National Circuit and the Firestone Grand Prix car at a private reception at the Urban Stillhouse by Horse Soldier in St. Petersburg Florida, according to WTVQ.

Sexton, members of the Horse Soldier team and other notable dignitaries were in attendance. The #12 car was wrapped with Horse Soldier Bourbon logos.

“I am extremely grateful for the opportunity to represent Horse Soldier Bourbon, Sabelt, and Stevens-Miller Racing for 2022,” Sexton said in a news release. “I can’t think of a more perfect All-American matchup: Trans Am, Ford Mustang, and Horse Soldier Bourbon. The individuals behind their award-winning bourbon are true American heroes and I can’t thank them enough for the efforts and sacrifices they’ve made for our country. I look forward to competing in the #12 Ford Mustang in honor of the camaraderie and teamwork exemplified by US special forces groups. Growing up, I attended Trans Am races in the ‘90s and early 2000s with my dad and grandpa. It is truly a dream come true to compete in the TA2 championship. Stevens-Miller Racing is a championship winning premier team, and I am excited to get started.”

“We are thrilled to sponsor the #12 car on the Trans Am2 National Circuit with SMR Racing and also have the opportunity to partner with the Firestone Grand Prix of St. Petersburg to support this great local event,” said John Koko, CEO and co-founder of Horse Soldier Bourbon, per WTVQ. “Our living legendary motto resonates perfectly with the core values of the Trans Am2 National circuit, and we look forward to introducing Horse Soldier Bourbon responsibly to the thousands of race fans attending this year. We have worked closely with the events in the worlds of professional baseball, golf and hockey and now we are ready to expand to the road.”

Horse Soldier Bourbon was founded in 2015 by the U.S. Army Green Berets who entered Afghanistan on horseback days after Sept. 11, 2001.