If you love vampire/teen dramas, we have a whiskey for you. Ian Somerhalder And Paul Wesley, better known as the Salvatore Brothers on the CW’s Vampire Diaries, created a bourbon-inspired by their character’s relationship; Brother’s Bond.

If you’re worried this is another celebrity simply stamping their name on a whiskey endorsement- rest assured, this is not the case. According to Esquire, Wesley and Somerhalder took the process of making their own bourbon very seriously, spending over a year becoming versed in rye and corn and grain proportions. 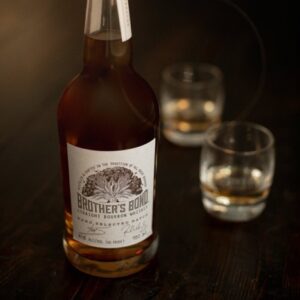 The actors had conceived the idea all the way back on the set of Vampire Diaries, inspired by their character’s love for the drink. And while the bourbon itself is a nod to their past, it’s their commitment to the future that adds a personal and endearing touch.

Their goal with their whiskey is to help reverse climate change and ensure a sustainable and liveable future. “To meet our goal, we will be giving back a portion of proceeds to support regenerative farming practices. These practices will fundamentally change how large-scale agriculture and farming is done in the United States.” From the Brother’s Bourbon website. 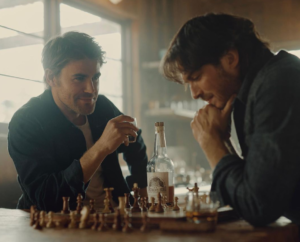 Debuting May 1st, it is available for preorder from Reserve Bar. That is if you can get your hands on it. With all the hype surrounding the release, it has been sold out for some time now. It’s also worth noting that critics have well received the bourbon.

Men’s Journal hailed it as one of 21 Celebrity Booze Brands That Are Actually Worth Drinking. The bourbon isn’t your traditional mix of corn, however. They upped the percentage from 51 to 65 percent corn in the mash and added 22 percent rye. “It makes for a high-rye, four-grain bourbon that’s well-spiced, with notes of banana bread on the nose.” Men’s Journal says of the whiskey.

“Our friendship’s true bond strengthened while drinking bourbon, both on and off-screen for over a decade. Brother’s Bond is a nod to our on-screen characters, our shared love for great bourbon, and a reflection of the brotherhood we have formed over the years.” Says Somerhalder and Wesley

Need a bourbon to tide you over until your bottle of Brother’s Bourbon arrives? Try opening a bottle of High West Bourye. A mix of bourbon and rye, it has similar qualities to the Salvatore Brother’s bourbon. It’s the perfect dram for binge-watching The Vampire Diaries for the eighth time.