The limited-edition, high-rye offering is named “Square 6” and will only be available for a limited time. Square 6 was created as the perfect introduction to the world of bourbon for those new to the spirit while also being an exciting experience for seasoned drinkers.

Heaven Hill chose the title to reference the original plot of land where Evan Williams built his distillery in 1783. It was also the first commercial distillery in Kentucky, according to Heaven Hill.

If you can’t take the heat, get out of the kitchen. The Square 6 mash bill is made up of 52% corn, 35% rye, and 13% malted barley – thus making this a serious high rye bourbon recipe which is new for Heaven Hill’s repertoire, which includes their other ryes.

The distillery also says that drinkers can expect “a golden amber color, with notes of tobacco, fig and honey on the nose, earthy notes with cardamom and cinnamon to taste, and a short, dry finish.” 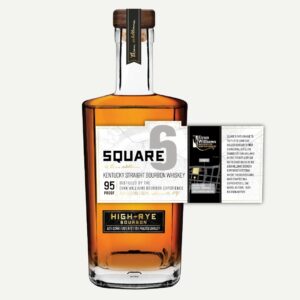 Heaven Hill says their limited edition bourbon is set at $90 and will be available in select Kentucky retailers.