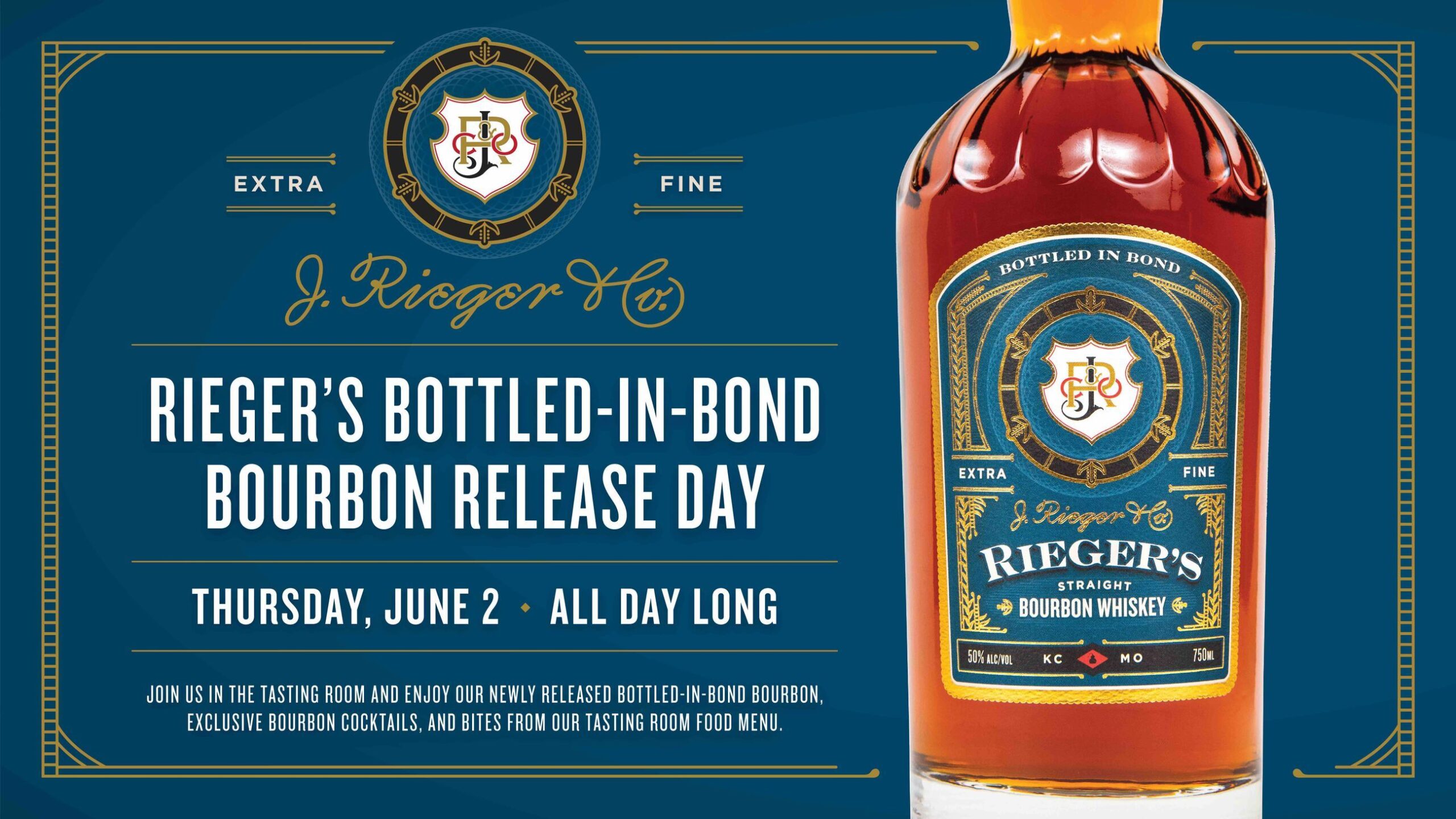 Rieger’s Bottled in Bond Bourbon is the first bourbon to be distilled in Kansas City, Missouri, since Prohibition. (Image: J. Rieger & Co.)

Kansas City, Missouri distillery J. Rieger & Co. is set to release Rieger’s Bottled in Bond Bourbon, the first bourbon to be distilled in Kansas City since Prohibition, according to The Pitch. The bourbon, which is Bottled in Bond, will launch 11 a.m. June 2 at the East Bottoms distillery.

“As the quintessential American spirit, distilling our own Bourbon was our goal before ever even reopening J. Rieger & Co.,” the distillery wrote on its website. “As a young distiller in 2015, we began putting away barrels of Bourbon- just a few a month- it was all we could logistically produce. But as the years went on, we were able to start distilling more and more Whiskey every year. Today we are putting away a hundred barrels a month.”

“We wanted our first Bourbon release since Prohibition to be incredibly special, so we allowed this Bourbon to age in our Kansas City rickhouse for a full 6 years before bottling,” the distillery wrote. “Adhering to Bottled in Bond guidelines, we selected 15 barrels distilled between July and December of 2015 as well as 12 barrels distilled between January and June of 2016 for this inaugural release.”

To qualify as a Bottled in Bond whiskey, an expression must be made by one distillery in a single season, bottled at 100 proof and aged at least four years in a federally bonded warehouse.

Palate: Flavors on the pallet led by sweet fruit including dark cherry and plum. A very rich, elegant, and buttery texture with flavors of cigar smoke, cornbread, and cotton candy.

In March, J. Rieger & Co. released a special rye whiskey to pay homage to the Kansas Jayhawks men’s basketball team that won the 1988 NCAA Championship in 1988. Soon after that whiskey was announced, Kansas won the 2022 NCAA Championship.

Earlier this month, J. Rieger & Co. was revealed to have created a whiskey in partnership with buttery spread brand Country Crock and The Cover Crops Project.