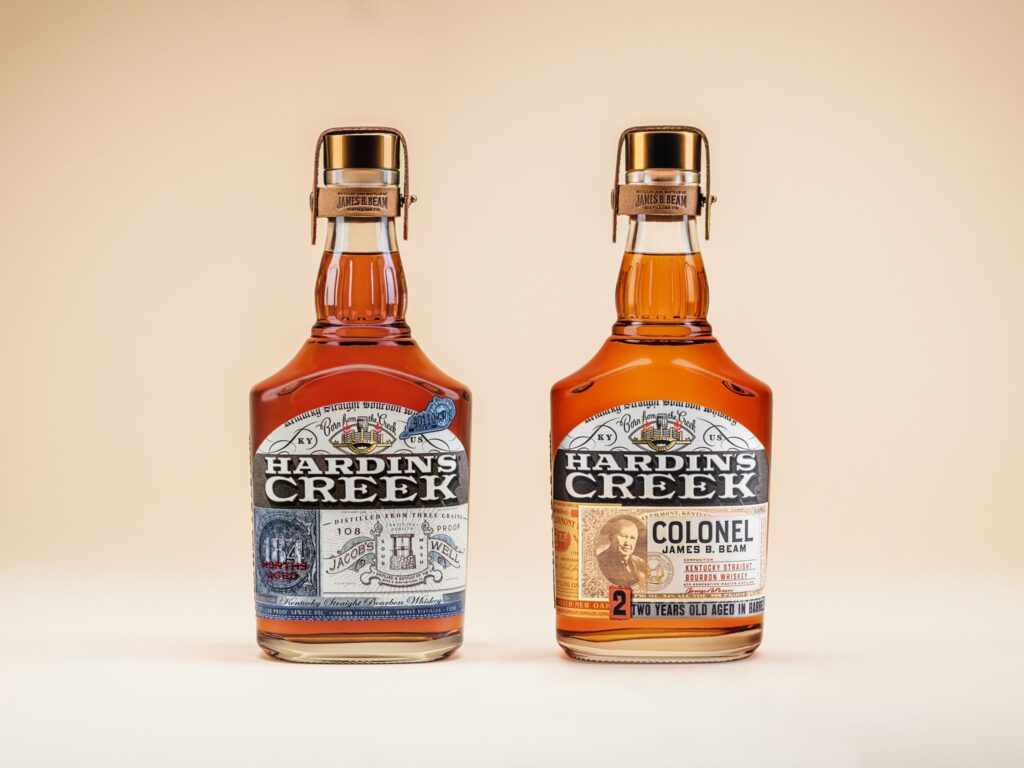 James B. Beam Distilling Company has announced the launch of Hardin’s Creek, a new brand that the company says will “chart the ongoing story of the Beam family legacy, one that is more than 227 years in the making, through highly limited and rare releases.”

Hardin’s Creek is an ongoing series of annual releases, featuring some of Beam’s rarest liquids. Each set of releases will attempt to showcase the breadth and depth of the James B. Beam Distilling Co’s whiskey-making credentials. The inaugural Hardin’s Creek series will launch with two expressions: Jacob’s Well Kentucky Straight Bourbon Whiskey, a blend of two ultra-aged bourbons; and Colonel James B. Beam Kentucky Straight Bourbon Whiskey, a young whiskey. 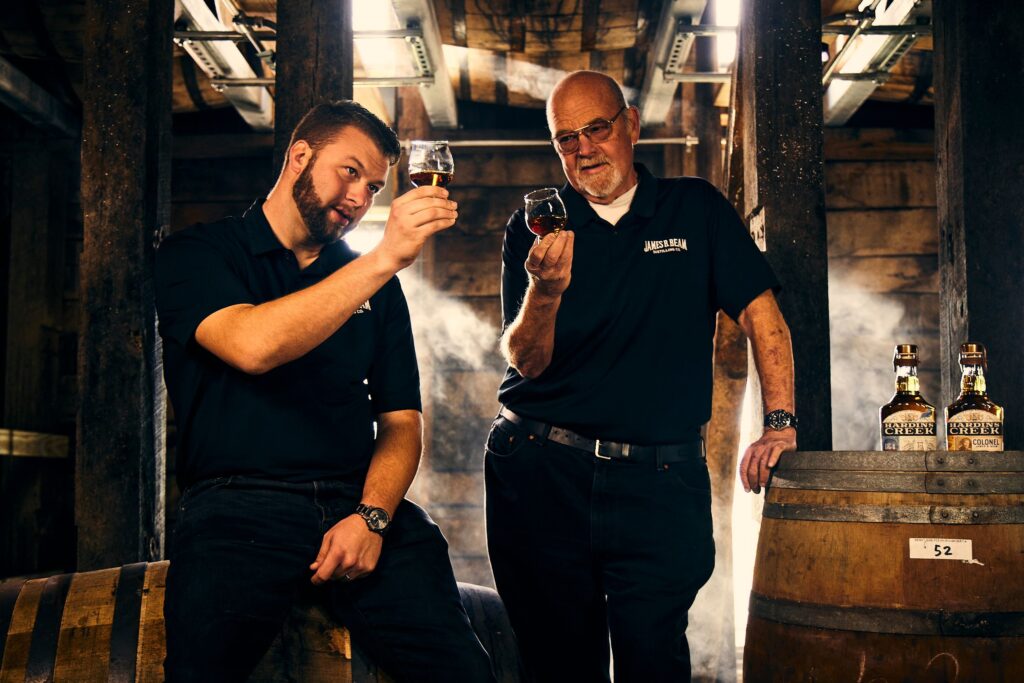 Both inaugural limited-edition expressions will be available on shelves in the U.S. starting July 1. Consumers in select markets who are looking to purchase ahead of July 1 can join a waitlist on ReserveBar starting today until through May 30, with pre-orders starting on May 31.

Hardin’s Creek is named after the creek whose water powered a mill that ground corn to make Johannes Jacob Beam’s earliest mashes starting in 1795.

“We couldn’t be more excited to launch Hardin’s Creek, particularly after the refresh of the James B. Beam Distillery and the opening of the Fred B. Noe Craft Distillery. This has been a long time in the making, and I can’t wait to share it with the world,” Freddie Noe, newly appointed master distiller of the Fred B. Noe Distillery, said in a news release. “Every detail, from the blending techniques to the labels, draws inspiration from centuries of our family’s history, paying homage to our heritage while looking towards our future.”

We’ll have full reviews of the whiskey prepared shortly. Beam has made it clear that future chapters of Hardin’s Creek may be on the way, although this duet is the first of the brand to release. In an exclusive industry call, Fred and Freddie shared the story of Jacob Beam, their vision for the new product line, and their understanding of the audacity required to release these bottlings next to each other. 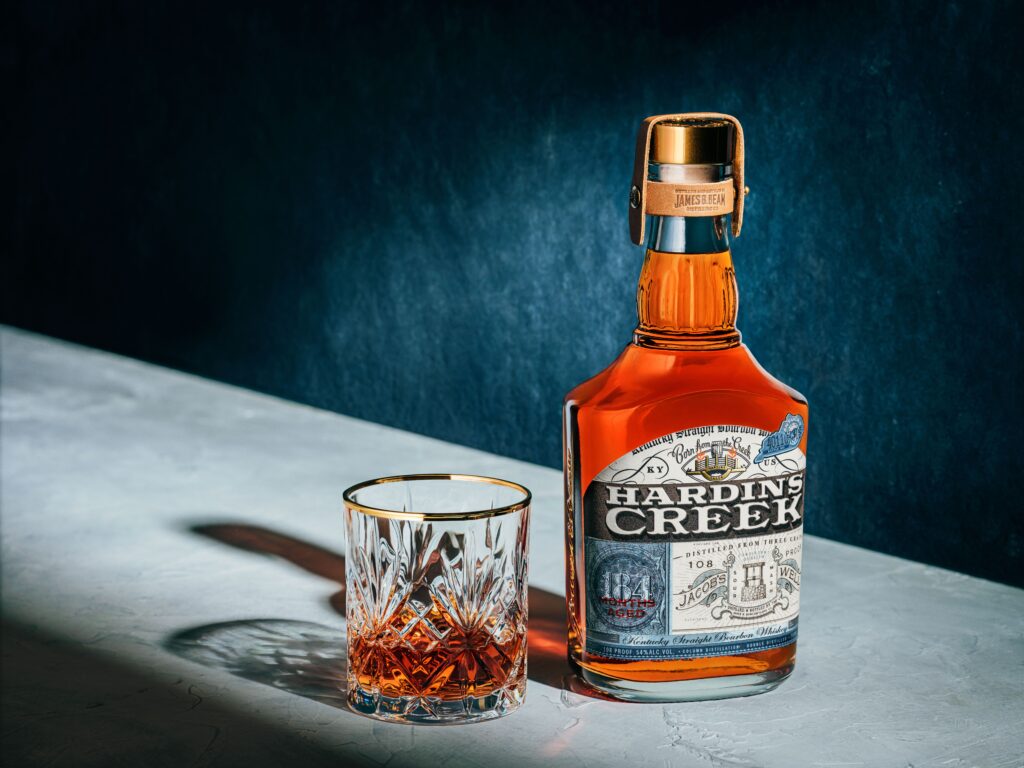 Jacob’s Well is a blend of a 16-year-old bourbon and a 15-year-old high-rye bourbon. The name pays tribute to Jacob Beam and the well he built in 1795. Jacob’s Well is bottled at 54% ABV and will sell for a suggested retail price of $149.99.

“Jacob’s Well is some of the best bourbon coming out of this distillery,” Freddie Noe said in the news release.

Finish: Smooth with lingering notes of vanilla and brown sweets 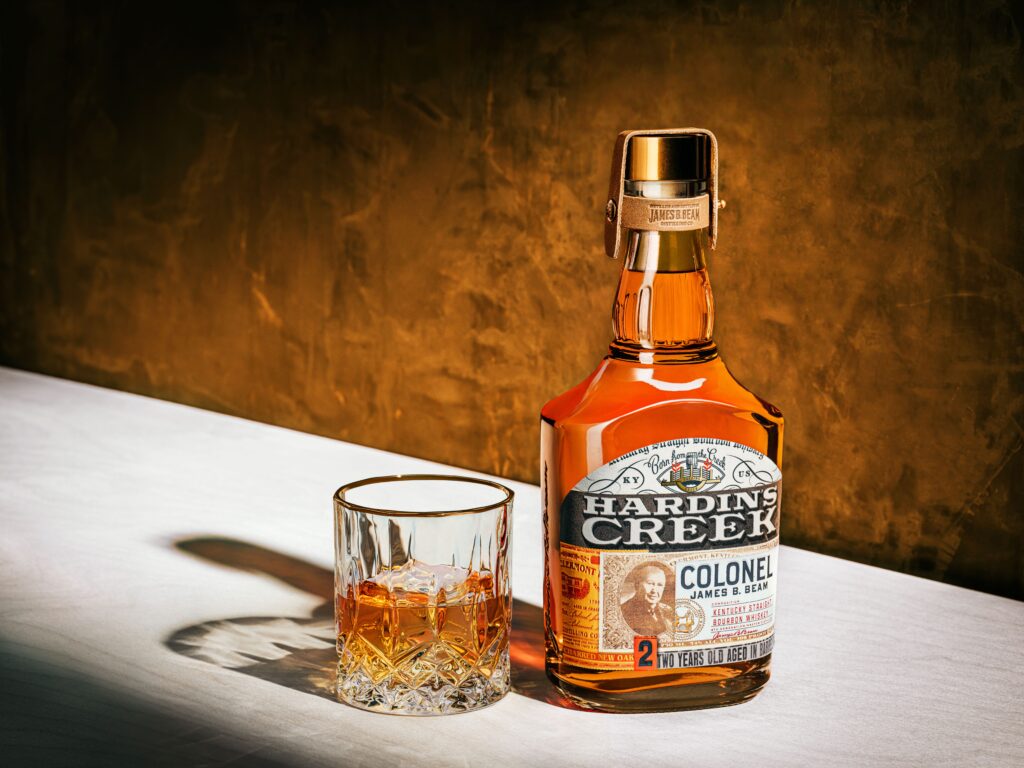 This whiskey is meant to honor Colonel James B. Beam, who faced the challenge of rebuilding what had been lost after prohibition was repealed.

This limited-edition, two-year-old whiskey was crafted by Freddie Noe and was inspired by the style of bourbon the colonel was making after he reopened Clermont Distillery following prohibition: low distillation proof for a fuller flavor. Colonel James B. Beam Kentucky Straight Bourbon Whiskey was bottled at 54% ABV and will sell for a suggested retail price of $79.99.

“Colonel James B. Beam is made to change the perception of what a bourbon is and can be,” Freddie Noe said.

Palate: Deep and complex flavors of vanilla, nuts, and oak