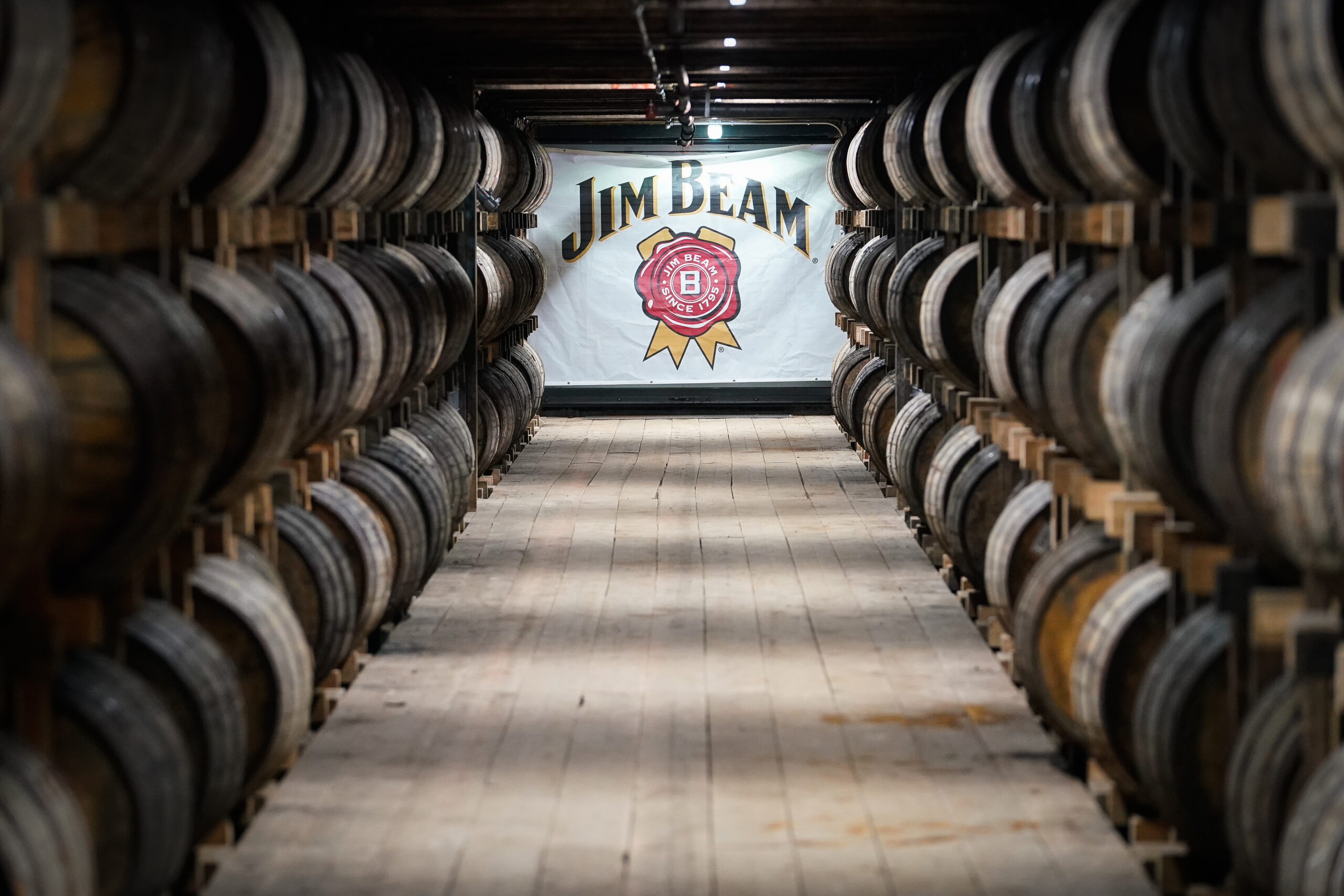 Barrels of bourbon are stacked in a barrel house at the Jim Beam Distillery on Feb. 17, 2020, in Clermont, Kentucky. Jim Beam soon will open a new welcome center in Clermont. (Photo by Bryan Woolston/Getty Images)

As the bourbon industry — and correlationally, the tourism surrounding it — continues to soar, distilleries are scrambling to improve their visitors’ experiences. The latest distillery to make changes is Jim Beam, which announced in late 2020 plans to replace its Jim Beam American Stillhouse attraction in Clermont, Kentucky, with a new, $60 million visitors center, to accompany Fred B. Noe Distillery, Jim Beam’s new craft distillery, named after Beam’s current master distiller. The Fred B. Noe Distillery opened in early September.

As that center approaches completion, Jim Beam shared details of the project with Food & Wine. Here’s what we learned:

It opens soon. No opening date has been provided or reported, but Food & Wine reported that it will launch this month. There’s only a week left of the month.

Guests will be received at the American Outpost, which is a white building that will serve as the hub for bourbon tastings and tours.

The tour will feature an “interactive column still,” which will offer a look into how distillation occurs. Visitors will walk past a replica of a 1939 Cadillac, the car that Jim Beam himself drove to and from the distillery.

The Casehouse will offer a six-stage, multi-sensory exercise shooting how three marquee brands are distilled and matured differently. Here, fans will have the chance to fill their own barrel, sample straight from the barrel and write a personal message on the cask before it matures.

There is a restaurant and bar called Kitchen Table. Jim Beam has acquired the services of New Orleans chef Brian Landry for the restaurant. Landry also worked with the bar staff to create a cocktail menu. Dishes and techniques will incorporate flavors related to the bourbon-making process, including fire, smoke, char, oak, and spice. The bar at the restaurant features 30 seats. A wraparound porch with rocking chairs sits just outside of the dining hall, overlooking a couple of the site’s rackhouses.

“This homestead marks the start of a new era for us,” Noe said.

In July, Heaven Hill wrapped up a $19 million renovation. Meanwhile, Kentucky Owl is working on a $150 million distillery and park.