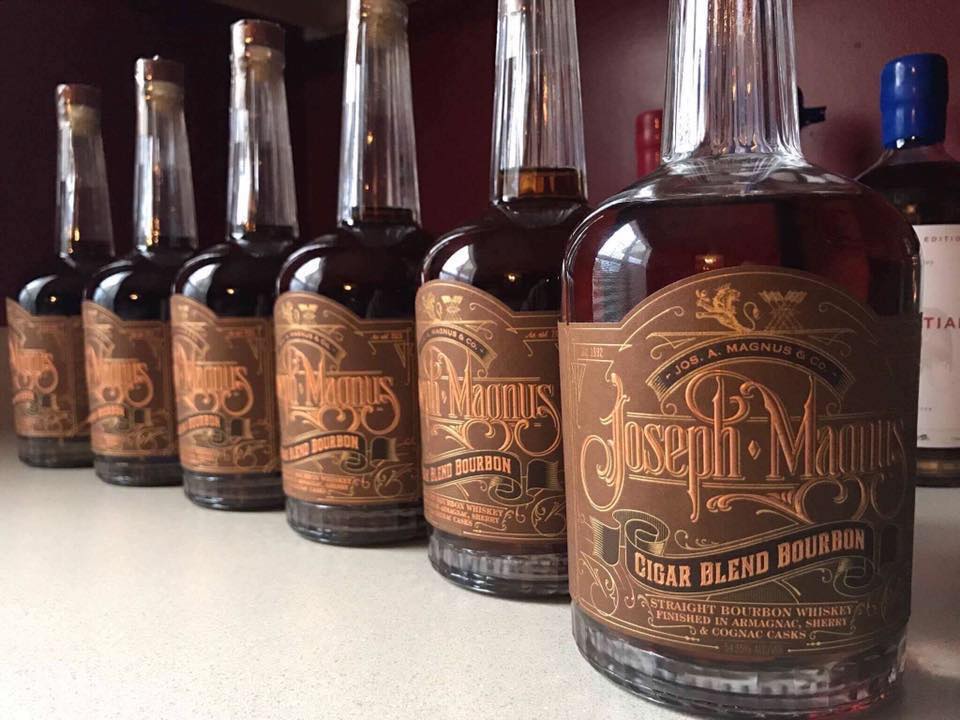 Last Friday, Jos. A Magnus announced the autumn series of its Cigar Blend Bourbons, Batches #53-58, which are part of a “coupe mere” or “mother blend” of 16 bourbon barrels ranging from 14 to 20 years old.

When consuming one of the bottles in this batch, Master Blender Fraley recommends imbibers open the bottle, take a small pour off the neck and allow the bottle to aerate for an hour or more to fully appreciate the intensity and complexity of the dram.