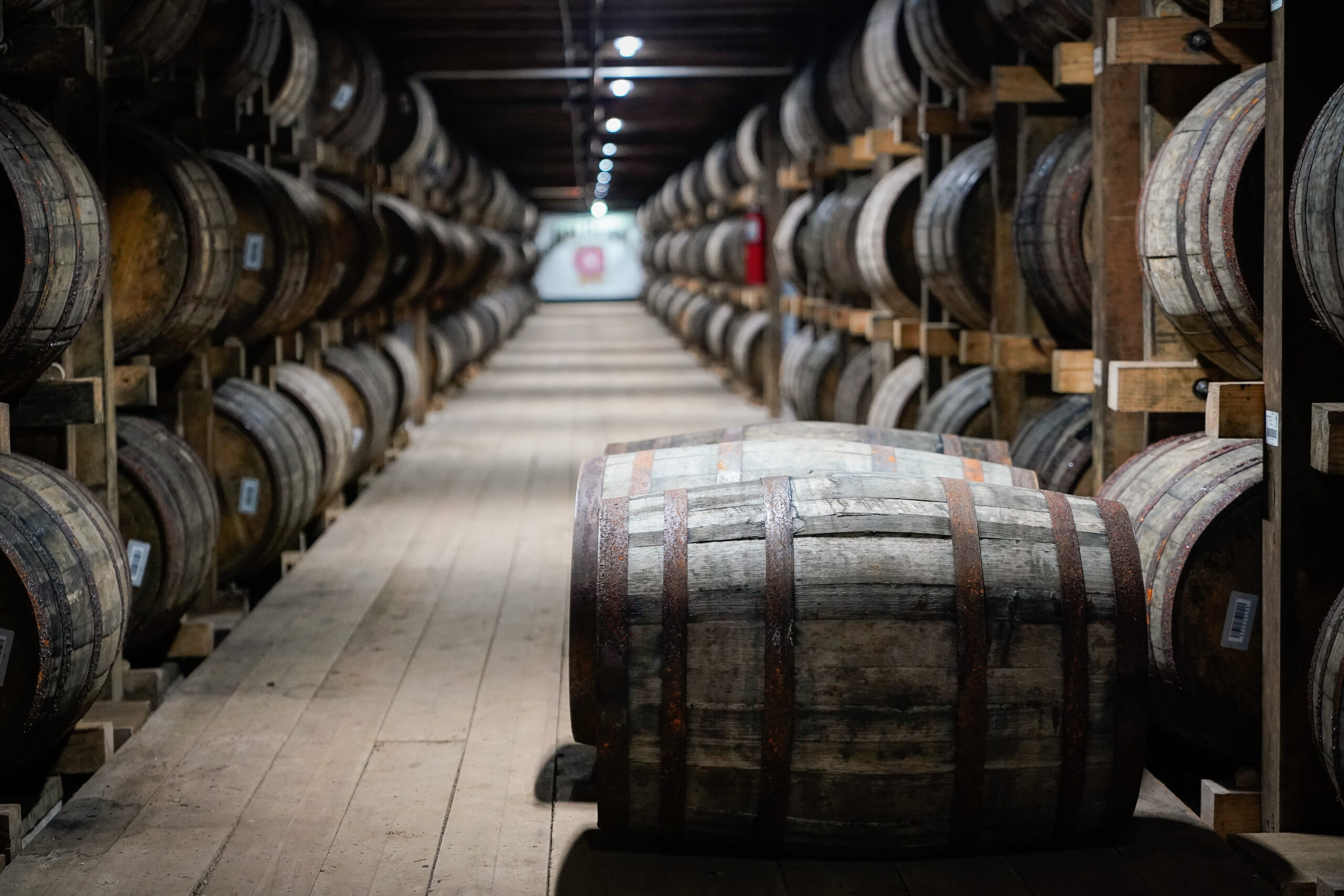 Barrels of bourbon are stacked in a barrel house at the Jim Beam Distillery on Feb. 17, 2020, in Clermont, Kentucky. There are now more than 10 million bourbon barrels in Kentucky. (Photo by Bryan Woolston/Getty Images)

For the first time in the modern era of American whiskey, Kentucky has 10 million barrels of bourbon maturing in distillery warehouses, after 2.4 million were filled in 2020, the Kentucky Distillers’ Association said Monday, according to the Associated Press.

The state of about 4.5 million people now has more than 10.3 million bourbon barrels aging.

“Kentucky’s signature bourbon industry continues to invest in our commonwealth at unprecedented levels, despite global pandemic disruptions, exorbitant taxes and ongoing trade wars,” said Eric Gregory, president of the distillers’ group. “This is truly a historic and landmark record.”

On average, bourbons are aged between four and eight years, but many are matured for longer. Because of that length, this increase in bourbon barrels shows investment and confidence in the future from the industry, a belief that the country’s whiskey fever isn’t going anywhere.

Bourbon in Kentucky is an $8.6 billion industry that generates more than 20,100 jobs, the Distillers’ Association said.