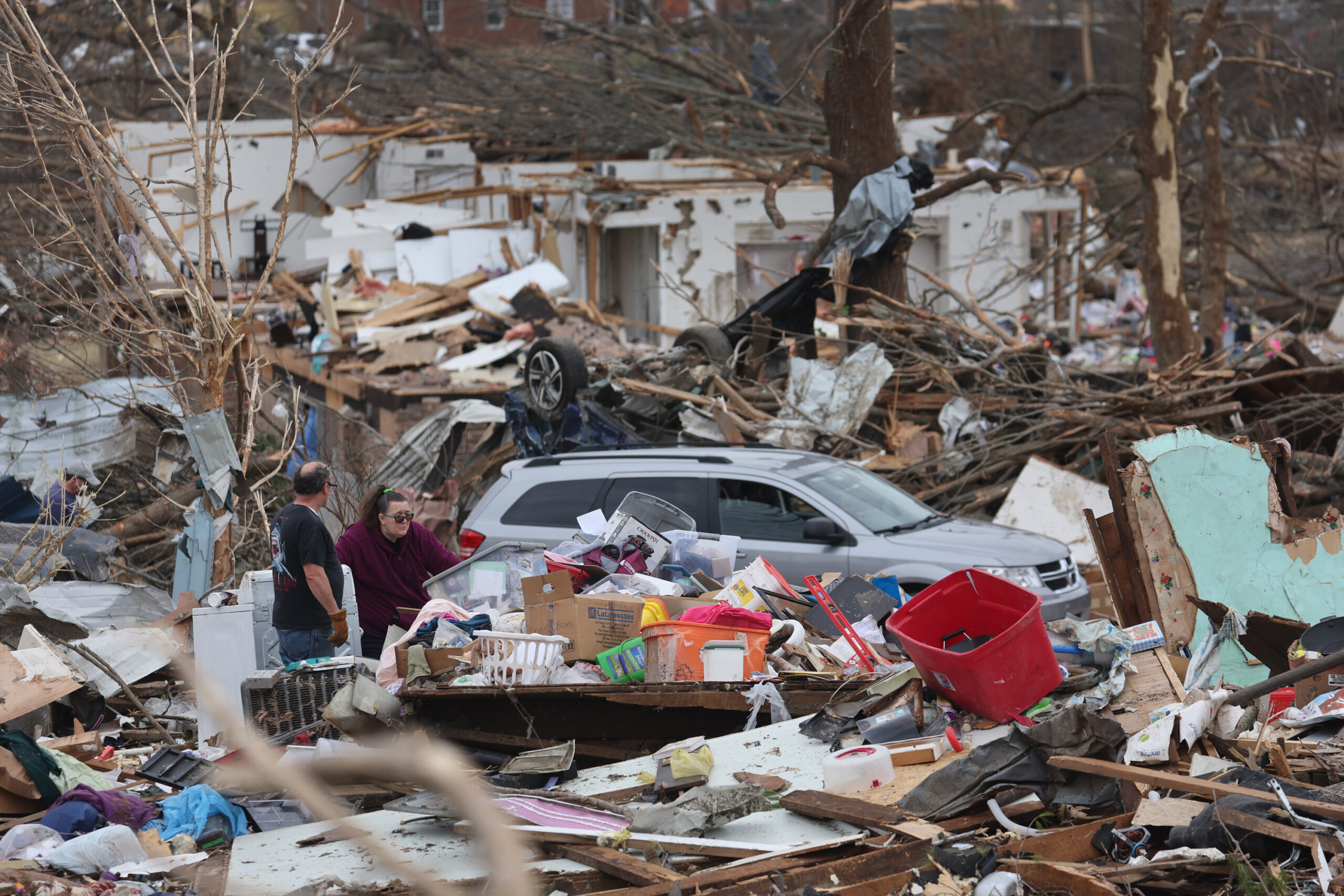 Residents search among the debris of a home after it was destroyed from a tornado Dec. 15 in Dawson Springs, Kentucky. The Kentucky Bourbon Benefit has raised more than $3 million to help those affected by the tornadoes. (Photo by Scott Olson/Getty Images)

In the wake of the devastating tornadoes that swept through Western Kentucky earlier this month, the Kentucky Distillers’ Association, Bourbon Crusaders and Fred Minnick teamed up to form the Kentucky Bourbon Benefit. The benefit launched an auction that already has raised more than $3 million, tripling the organization’s goal, it said in a news release Wednesday.

The six-day auction culminated with a live-streamed finale Tuesday night, which alone raised $1.77 million. The total raised as of midday Wednesday was about $3.4 million.

The auction website still is accepting donations, and businesses continue to match funds.

Proceeds from the benefit are going to the Team Western Kentucky Tornado Relief Fund.

Angel’s Envy, Beam Suntory, Brown-Forman, Diageo, Four Roses, Heaven Hill, Michter’s, Rabbit Hole and Wild Turkey also have donated more than $1 million to the state’s fund, and Beam Suntory gave an additional $500,000 to the American Red Cross. In total, the distilling industry has donated more than $5 million, according to the news release.

“The outpouring of support, care and love for Western Kentuckians is truly unparalleled in the history of Bourbon,” KDA President Eric Gregory said in the release. “We are forever grateful for the generosity of distillers, donors and bidders.”

A total of 5,158 people from all 50 states, plus Washington, D.C., Guam and Puerto Rico, bid on items in the auction’s 429 lots. The highlight of the auction was a 19-year-old barrel of Willett, which sold for $401,001, which Minnick said was the highest ever paid for a full barrel of bourbon.