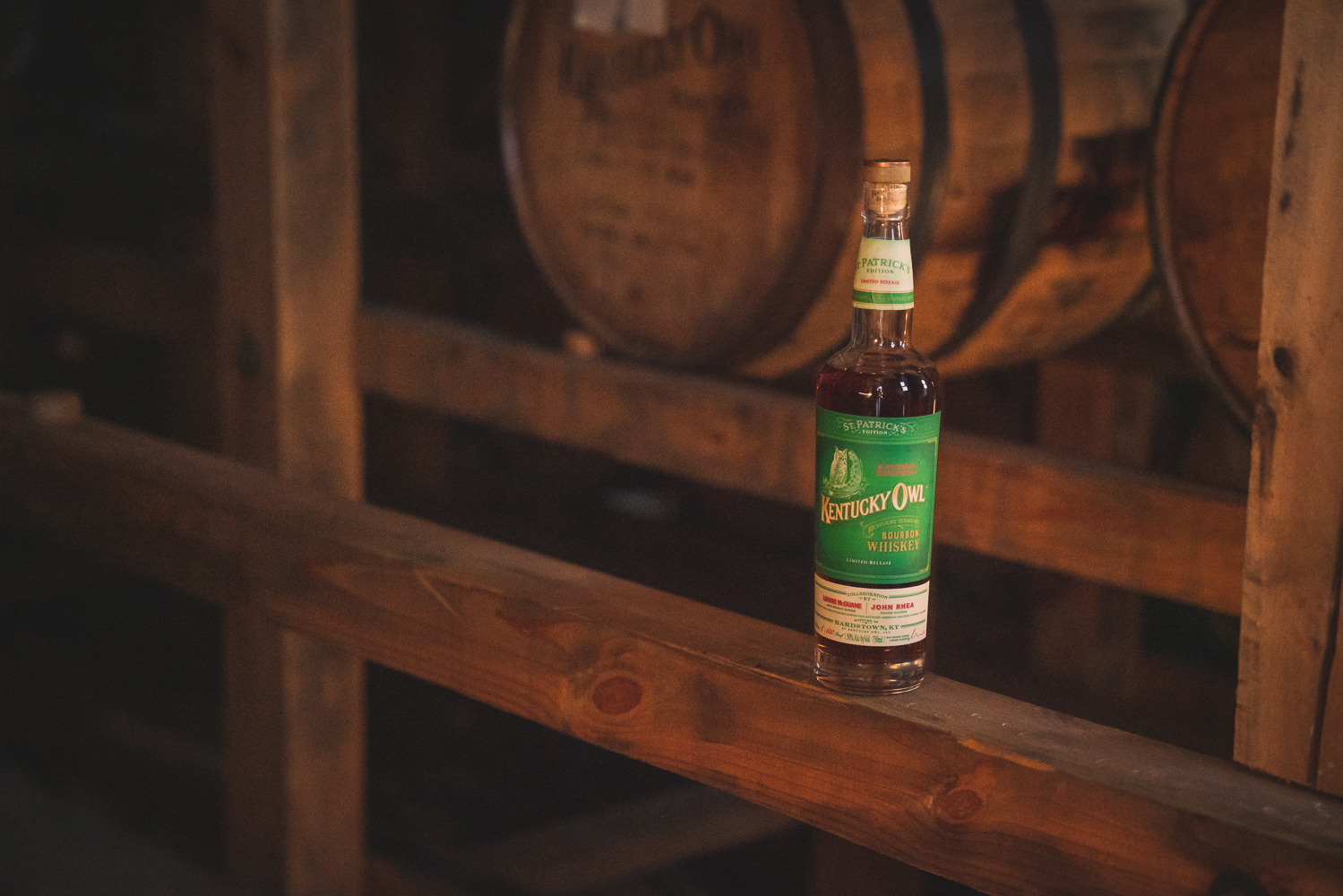 The release features “carefully selected barrels of Kentucky bourbon blended through Irish eyes,” according to a news release.

Rhea and McGuane blind-tasted individual cask samples, then repeated the process through multiple blending variations. The result is a blend of Kentucky straight bourbons aged between four and 11 years, featuring rich caramel and vanilla notes from older bourbons, spice and fruit from high-rye bourbons and sweetness and citrus from wheated bourbons, according to the news release. 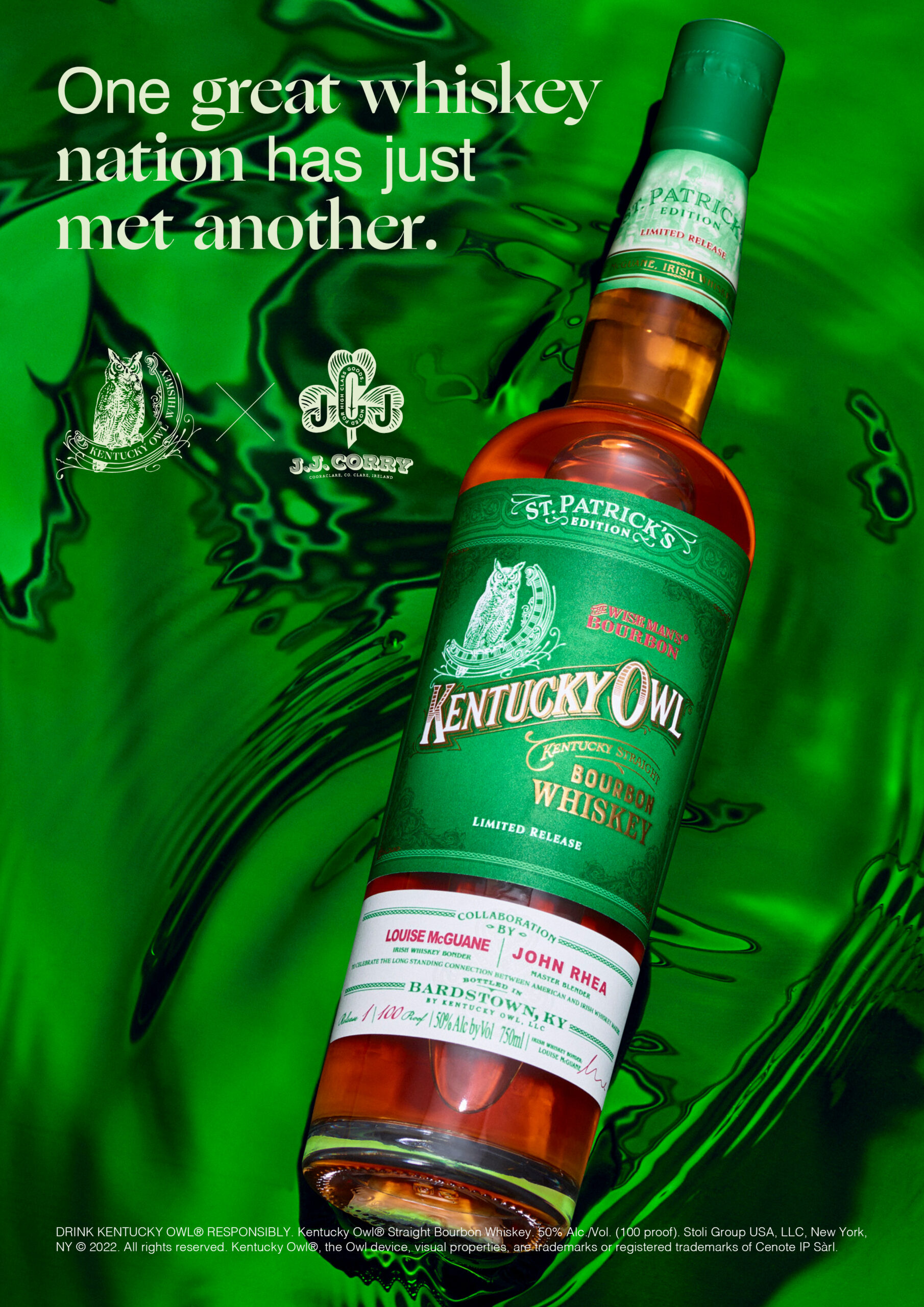 “We tasted through the lens of bringing fruit-forward profiles that are desirable to us as Irish whiskey makers, but we also wanted something still representative of the Kentucky Owl® style,” McGuane said. “This blend tastes like the Kentucky Owl products whiskey drinkers love, with an echo of big and bold juicy fruit flavors so familiar in Irish whiskey.”

The project extends beyond this release, as the Kentucky Owl barrels will be transported to Ireland for McGuane to fill with future releases of Irish whiskey.

This is the second Kentucky Owl release from Rhea, who formerly was Four Roses’ chief operating officer and was inducted into the Kentucky Bourbon Hall of Fame in 2016.

Kentucky Owl St. Patrick’s Limited Edition Bourbon Whiskey is bottled at 100 proof and has a suggested retail price of $135 for a 750-milliliter bottle. It will soon be available through a limited number of retailers across Kentucky Owl’s national distribution footprint, according to the release. It is available for pre-order at ReserveBar for $149.

Nose: Sweet caramel and honey, with just enough spice married in to tease the palate