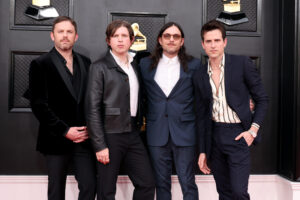 Kings of Leon, the rock band behind hits like “Sex on Fire” and “Use Somebody,” will unveil its very own whiskey collection at this year’s Bourbon and Beyond festival.

The limited collection, Kiamichi, comprises a 5-year rye, 8-year rye, and a 19-year bourbon, all of which will be available for purchase later this year. The whiskeys are named after the southeastern Oklahoma river where the members of Kings of Leon attended annual family reunions.

Bardstown, Kentucky-based Willett Distillery is partnering with the group on this project.

The band will headline Bourbon and Beyond on Thursday.