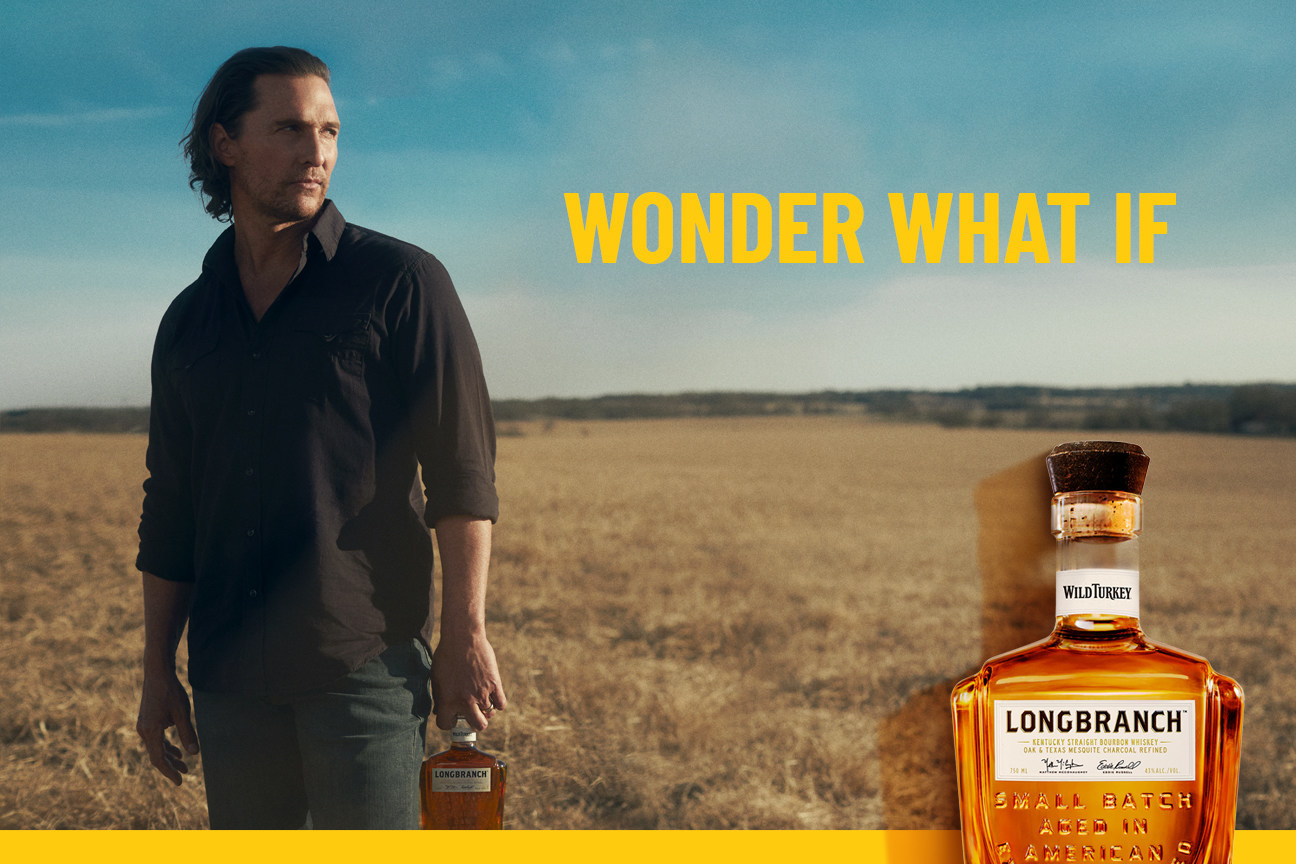 Longbranch, the bourbon brand co-created by actor Matthew McConaughey and Wild Turkey, on Tuesday announced the second chapter in the brand’s “Wonder What If” advertising campaign, conceptualized by and starring McConaughey.

The campaign features 11 ad spots, ranging between seven and 47 seconds, all of which were shot in a single day on a ranch just outside of McConaughey’s native Austin, Texas. McConaughey is the only character and speaks in each spot.

According to a news release, the spots are meant to give viewers a close look into the intricacies of McConaughey’s mind.

“Is he talking to himself? To the universe? The journey is part reality, part subconscious, peppered with thoughtful musings,” Director Miller Mobley said. “Matthew is known for his curious nature, and we wanted to lean into that in an irreverent, but pure way. We wanted the location to feel like it was a place he might visit often, his own little clubhouse of sorts, to go have a think and a drink of ‘his favorite bourbon on the planet'”.

Launching this month, the campaign will run on digital and social media channels in the U.S. and in select global markets. Longbranch also will run the spots on the brand’s Instagram, @Longbranchbourbon. The first two already have appeared on Instagram: