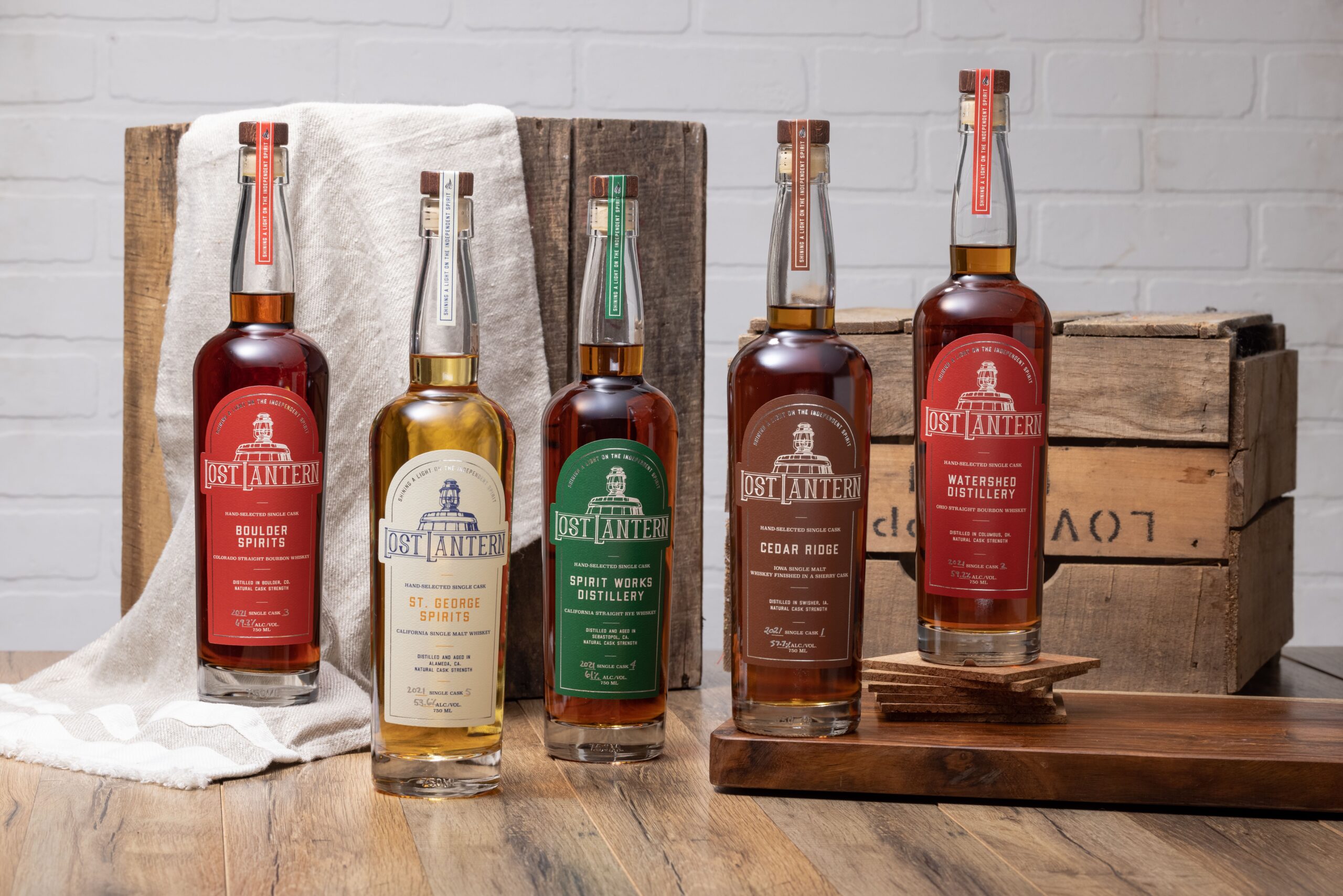 Lost Lantern, an independent bottler of American whiskey whose goal is to find and release the most unique and exciting whiskeys across the U.S. and release them as single casks and blends, announced a new collection of five single cask whiskeys: The Fall 2021 Single Cask Collection.

The collection will be offered for presale at LostLanternWhiskey.com beginning Oct. 15 and will be available at a later, to-be-announced date at Seelbachs.com. All bottles in the collection are cask strength, non-chill-filtered and have natural color.

Watershed Ohio Straight Bourbon Whiskey: This five-year bourbon comes from Watershed in Columbus, Ohio. According to the news release, this bourbon has a unique five-grain mashbill that uses corn, rye, spelt, malted barley and wheat. Lost Lantern filled 160 bottles at 118.4 proof. The suggested retail price is $100.

Boulder Spirits Colorado Straight Bourbon Whiskey: This five-year bourbon as an unusually high-malt mashbill of 51% corn, 44% malted barley and 5% rye. Lost Lantern filled 180 bottles at 138.5 proof. It has a suggested retail price of $105.

Spirit Works California Straight Rye Whiskey: This five-year rye was made from a mashbill of 70% organic rye, 10% malted rye and 20% malted barley. Spirit Works is in Sebastopol, California, in Sonoma wine country. It is a family-run distillery that was built with sustainable pracitces in mind and has one ofo the few female-led distilling teams in the U.S. Lost Lantern filled 195 bottles at 122 proof. It has a suggested retail price of $80.

St. George Spirits California Single Malt Whiskey: This three-year single malt whiskey comes from St. George Spirits, which was the first craft distillery in the U.S. and is located in Alameda, California. It is distilled from beer, which gives it a distinct and unusual flavor profile. Lost Lantern filled 250 bottles at 107.3 proof. It has a suggested retail price of $150.

Lost Lantern will introduce four specialty bundles for presale on Oct. 15, including the Bourbon Bundle and American Single Malt Bundle, which will range from $195-$640 and will be available to order at LostLanternWhiskey.com.