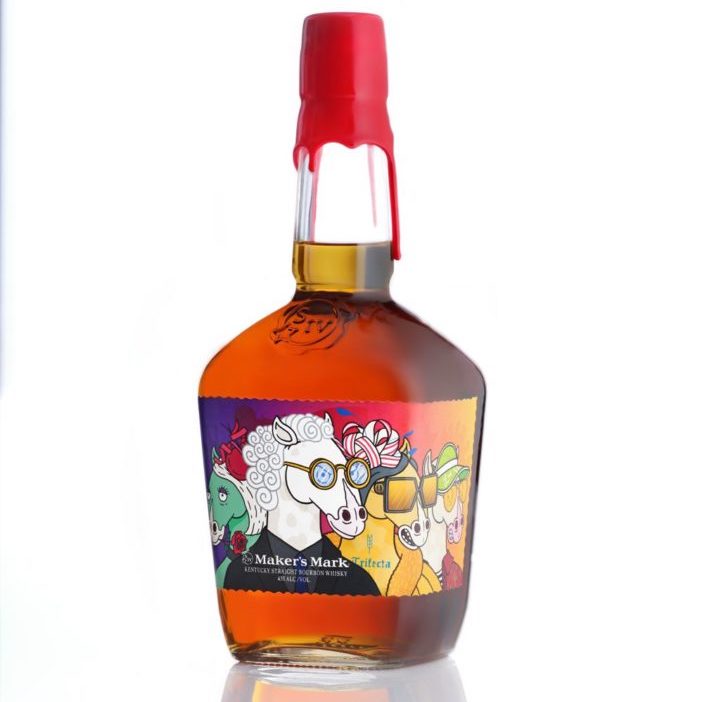 NFT collection Party Horses announced Tuesday that Maker’s Mark will be its official bourbon partner for 2022. To celebrate the partnership, limited-edition Party Horses-branded bottles of bourbon will be supplied to 1,000 early adopters of the collection in the coming months, with plans to eventually provide (21 and older) owners of 10,000 NFTs with a second round of “ultra-exclusive” bottles.

“NFTs (non-fungible tokens) in this project are produced as generative artwork that lives on a blockchain. Using an Ethereum smart contract that is created through computer code, algorithms uniquely assign traits to each piece of art during a process called ‘minting,'” Party Horses explained in a news release.

Party Horses was founded in Louisville by Justin Delaney and Brook Smith. The premise for the art is “What if horses attended the Kentucky Derby to cheer on the human race?”

The first Party Horses digital event will occur March 1, when a list of 2,000 early adopters will be able to pre-mint, granting whitelist access. Half of those participants (21 and older) will be eligible for a complimentary limited-edition bottle of bourbon from Maker’s Mark.

On March 15, 10,000 Party Horses are scheduled to mint. NFT holders will receive access limited-edition spirits and exclusive events, like an exclusive pre-Derby concert featuring a Grammy award-winning artist, with more to be announced soon, according to the news release.

More than a few distilleries recently have sold their spirits in NFT form or accompanied by NFTs (Hennessy, Dalmore, Glenfiddich, Macallan, Kinsale and Patrón), but Maker’s Mark is the first brand we’ve seen become an official sponsor of an NFT collection.