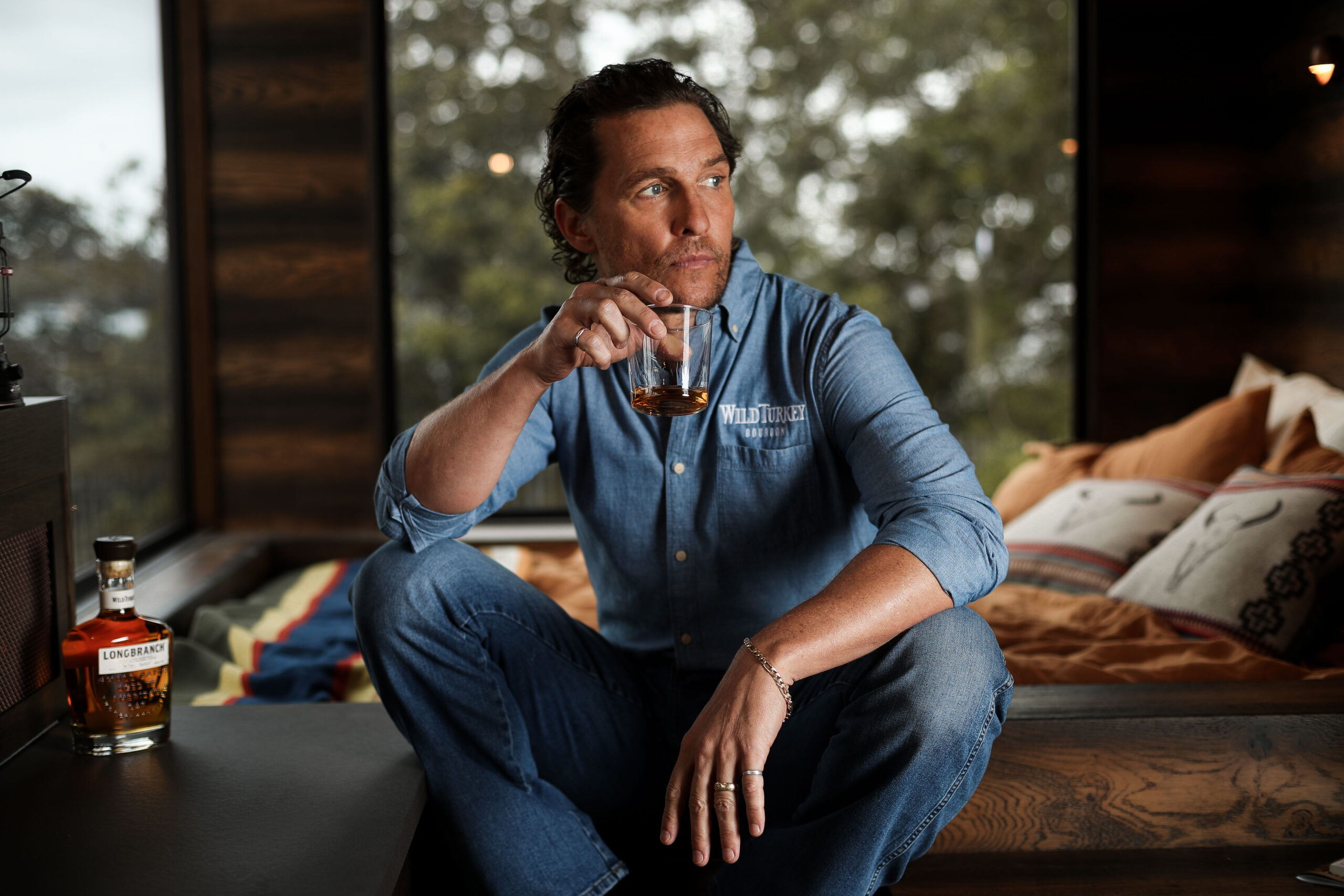 Matthew McConaughey launched an off-grid cabin he co-designed with Wild Turkey’s charity initiative, With Thanks, at The Royal Botanic Gardens November 20, 2019 in Sydney, Australia. (Photo by Brendon Thorne/Getty Images for Wild Turkey)

In October, the Federal Trade Commission sent notices to 700 large companies, advertising agencies and retailers, warning of consequences in the event of false or misleading advertising. Spurred by that message and examples of celebrities endorsing companies based on paychecks rather than belief in products, luxury tequila brand PaQuí announced a “Celebrity Spokesperson Re-Education Program,” offering celebrities the chance, at no cost, to learn all about tequila before choosing a brand to endorse.

Of all the spirits brands out there, one in particular doesn’t need to worry about disingenuineness from its primary spokesperson. That brand is Wild Turkey, and that spokesman is actor Matthew McConaughey.

McConaughey is the perfect ambassador for Wild Turkey because he’s passionate about the product. Earlier this month, Forbes published a profile on the actor and brand, and as usual, McConaughey’s love for bourbon seeped through in his words.

“Very early on, I brought up to them that I didn’t want to just be the hired hand that comes in and puts my face and voice,” McConaughey told Forbes. “That’s worth something, but I wanted to be a part of the creative.”

Indeed, McConaughey is more than a pretty face and enormous name for Wild Turkey. The Acadamy Award winner is the creative director for the Campari-owned whiskey, and he works on the writing side of the advertising campaigns he stars in.

None of those names have shown the passion and engagement that McConaughey has. In the Forbes profile, McConaughey discusses aspects of the company most spokespersons would be clueless about, including its marketing mission to convince audiences bourbon isn’t just for older men.

McConaughey even has his own line of bourbon under the Wild Turkey umbrella, Longbranch.

For Wild Turkey, the collaboration appears fruitful. The bourbon brand has grown by 19.2% during the pandemic, better than the whiskey-brand average of 15%.