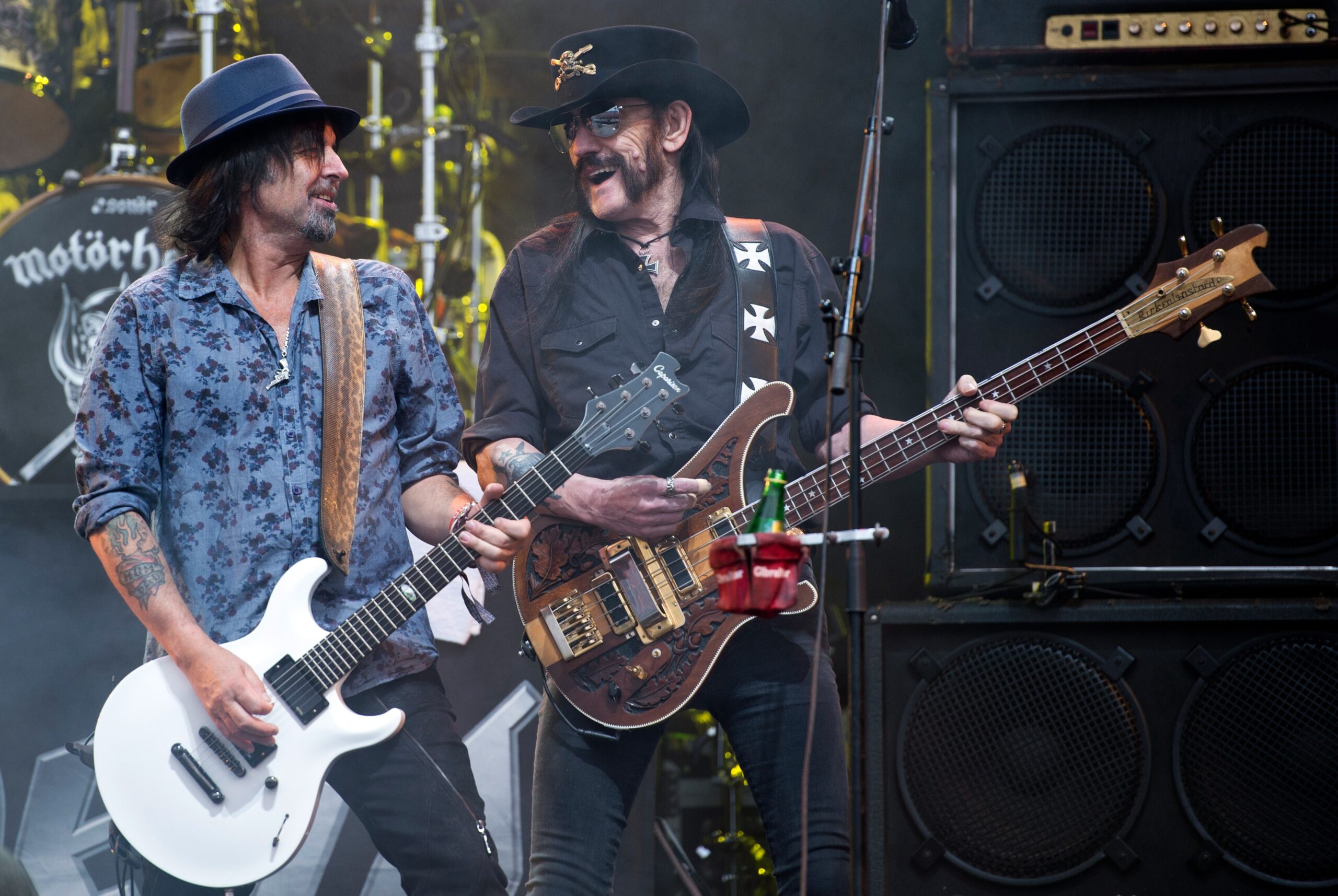 British rock band Mötorhead performs with lead singer Ian “Lemmy” Kilmister (right) and lead guitarist Phil Campbell on the Pyramid Stage on the first official date of the Glastonbury Festival of Music and Performing Arts on June 26, 2015, on Worthy Farm near the village of Pilton in Somerset, southwest England. (Photo: OLI SCARFF/AFP via Getty Images)

After a successful trial run in August, Brew Pipeline is filling orders for Mötorhead Ace of Spades Straight Bourbon, a collaboration with British rock band Mötorhead, per Craft Spirits Magazine.

“We’re honored to develop this fantastic American Bourbon Whiskey in concert with Motörhead,” said Joel Kath, founder of Proof Artisan Distillers, a subsidiary of Brew Pipeline. “Following input and feedback from the band, we aimed for a loud tasting profile. With a high-rye mash, four years of aging, slow gradual dilution and final conditioning with no-chill filtering, we’re extremely proud of the result.”

The bourbon is produced and bottled by Proof Artisan Distiller in Fargo, North Dakota.

Mötorhead Ace of Spades is distributed in California and Rhode Island, as well as online via Craftshack, where it is available to be shipped to 45 states. Launch parties are expected to occur in the coming weeks in West Hollywood, California, and Providence, Rhode Island.

The bourbon is called Ace of Spades after Mötorhead’s hit album. The bottle features artwork from the album cover along with signatures from band members Lemmy Kilmister (lead singer), Phil Campbell (lead guitarist) and Mikkey Dee (drummer). Dee and Campbell contributed to the development of the bourbon’s flavor profile with frequent tastings throughout the process, granting the bourbon “Mötorhead approved” status. Kilmister died in 2015.

Nose: An initial distinctive “In-Your-Face” punch of a high-rye bourbon, quickly evolves to a rounded balance of sweet notes including butternut and vanilla and toasted oak. A balanced combination of spicy sweet, which is in contrast to the predictable dessert-like sweet.

Taste: Spice and grains takes the lead with cinnamon, rye, black pepper and a hint of mint. The 90 proof warmth quickly eases into full-bodied bourbon notes of oak, caramelized brown sugar, tobacco and cocoa. Complex waves of spice and sweetness take alternating turns with each approach of the tasting.

Finish: The waves gradually subside from full-bodied bourbon to sweetness, to wax walnut, and ultimately ending in a single note: Cinnamon. A single note that lingers and resonates – like echoes from the amplifier – ACE OF SPADES.