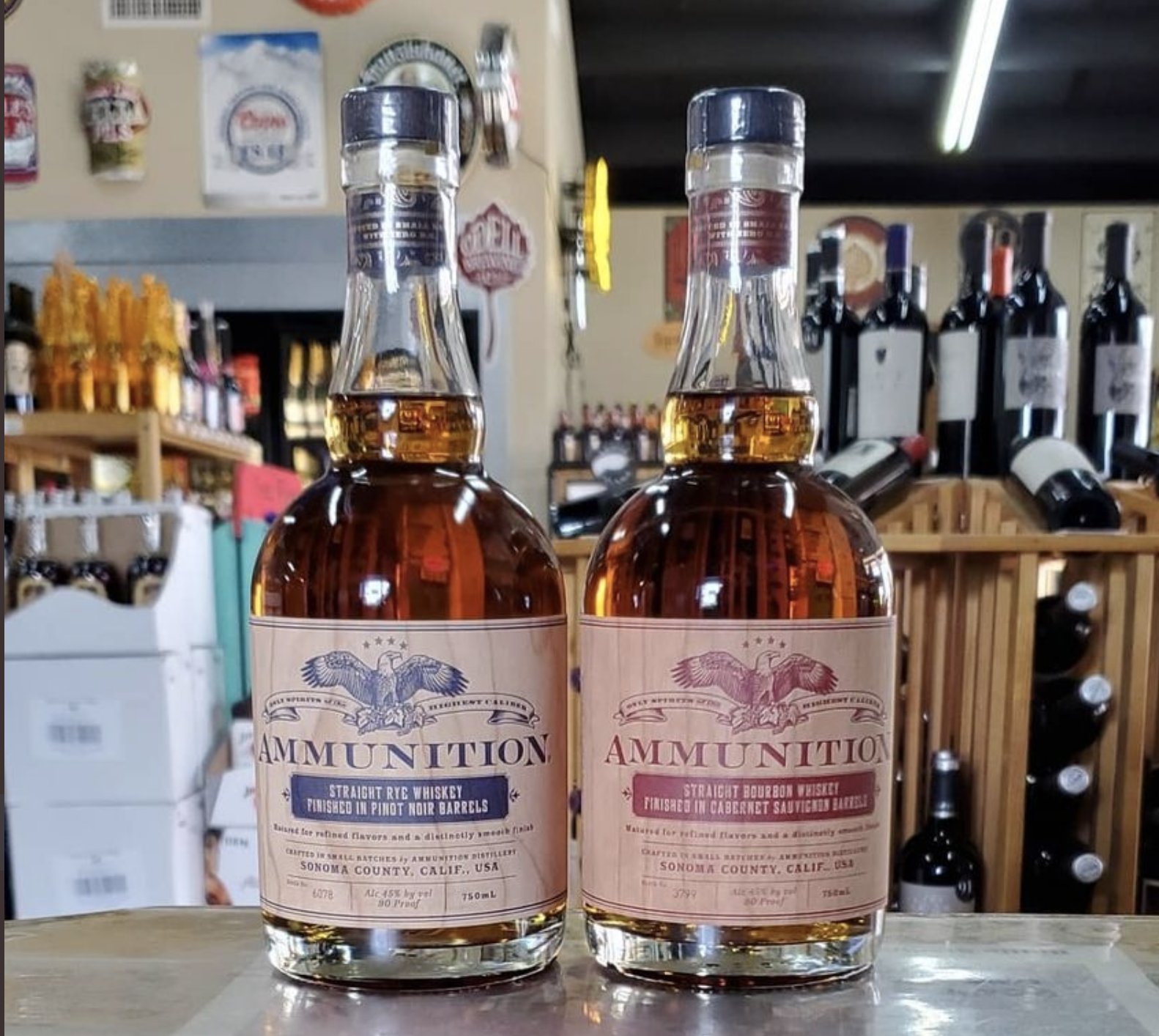 California’s Napa and Sonoma Valleys are known exclusively for their wines, but some vineyards are expanding beyond wine, using their wine knowledge to experiment with whiskey, brandy, beer and cider. Four winemakers discussed their experiences transitioning to making other kinds of alcohol with te Napa Valley Register.

Sonoma’s Daylight Wine and Spirits, which was founded in 2013, this May expanded beyond wine with its Ammunition series, which includes a straight bourbon and a straight rye whiskey. Co-founder Andy Wahl got the vineyard started in the whiskey world. He said he realized the potential for whiskey finished in wine barrels when he switched from Pinot to whiskey without cleaning his glass one night.

“I immediately noticed how it changed the color of the whiskey, and it was a bit more aromatic,” he told the Napa Valley Register.

Daylight’s Ammunition bourbon and rye both are finished in barrels used for Ammunition wines.

E. & J. Gallo Winery has set aside wines made with grapes below its premium cabernet standards every year since 1979. Those wines eventually were distilled, resulting in 20-plus-year-old bases for the brandies.

Nile Zacherle’s experience in wine- and beer-making enabled him to put what he had learned as a winemaker for David Arthur Vineyards into his new project, Mad Fritz Brewing.

“After two decades of making wine, the idea was to approach beer with more of a winemaker lens,” Zacherle said.

Mad Fritz, whose top-selling beers are a double IPA and an imperial rye stout, has over 500 members buying its artisan beers.

Sawhorse Ciders came from Will Drayton, director of technical viticulture, sustainability and research at Treasury Wine Estates. Drayton said he started making cider with apples and pears that were going to waste in about 2005. Drayton, along with four friends, turned his hobby into a side business.

Sawhorse uses apples from local orchards, some abandoned or unused.