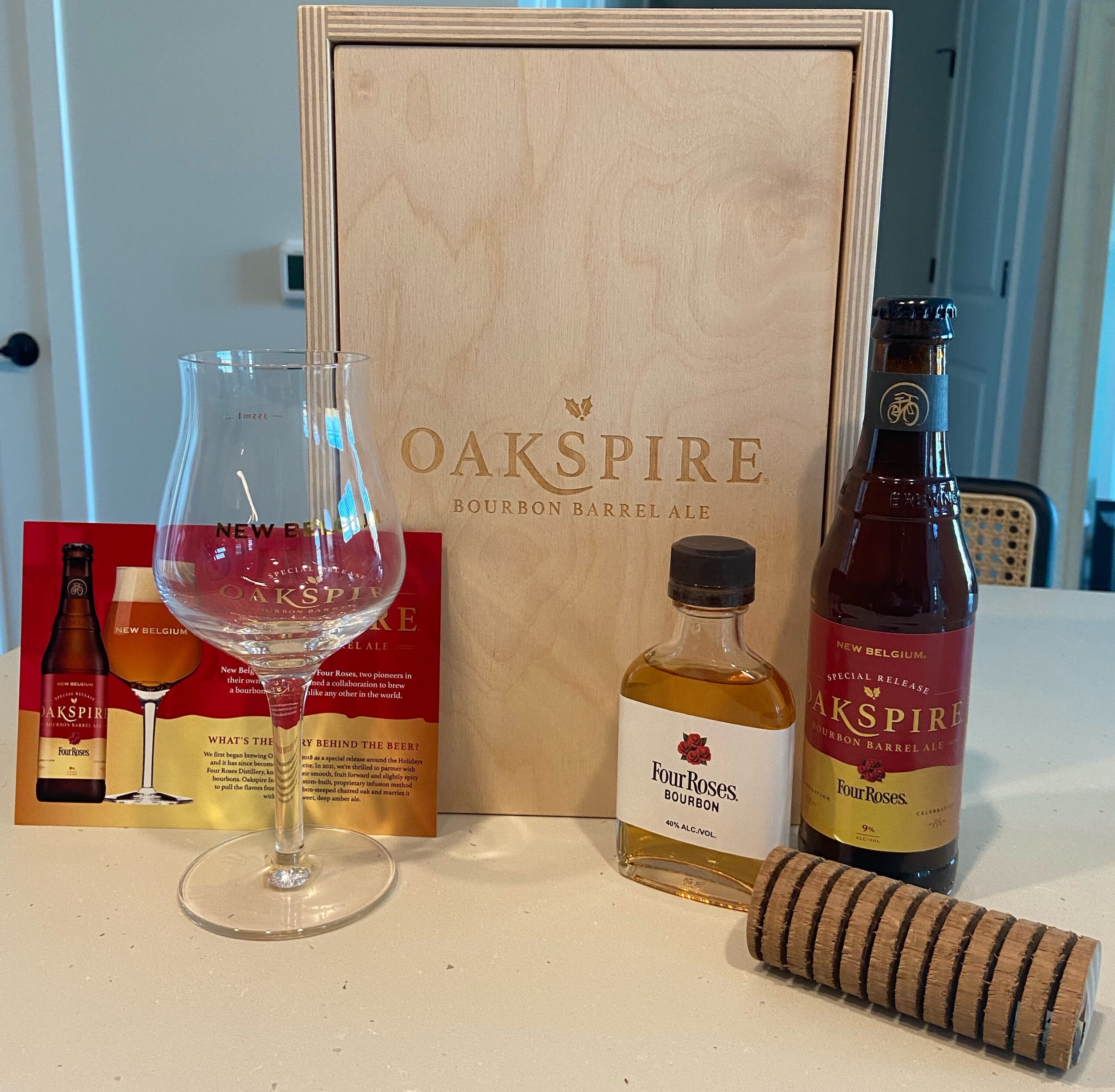 Two major American alcohol companies owned by Japan’s Kirin Brewery Company — New Belgium Brewing and Four Roses Bourbon — teamed up to release what the companies called “THE beer for bourbon lovers,” which launched at the beginning of November. After sampling the beer, I’m not sure that’s an accurate description, but I still enjoyed the product quite a bit.

Bourbon notes are present, but a hardcore bourbon lover is probably better served seeking out a bourbon-barrel-aged stout or porter, which are typically heavier, with higher proofs and more overpowering bourbon flavors. The Oakspire is fairly light for a 9%-ABV beer, and there’s definitely more emphasis on the New Belgium than the Four Roses, which isn’t a bad thing. Bourbon-barrel-aged beers tend to be super filling and hard to enjoy outside of wintertime. Oakspire is more of a fall beer and is casual, less of a commitment.

This is a nice beer. The color is a gorgeous deep amber. The nose doesn’t give much in the way of hints of bourbon — much more of an ale scent. This is definitely a New Belgium, but the bourbon comes through subtly, with vanilla, caramel, toffee and oak lacing the back of your tongue and some dark-fruit flavors coming through on the sides. 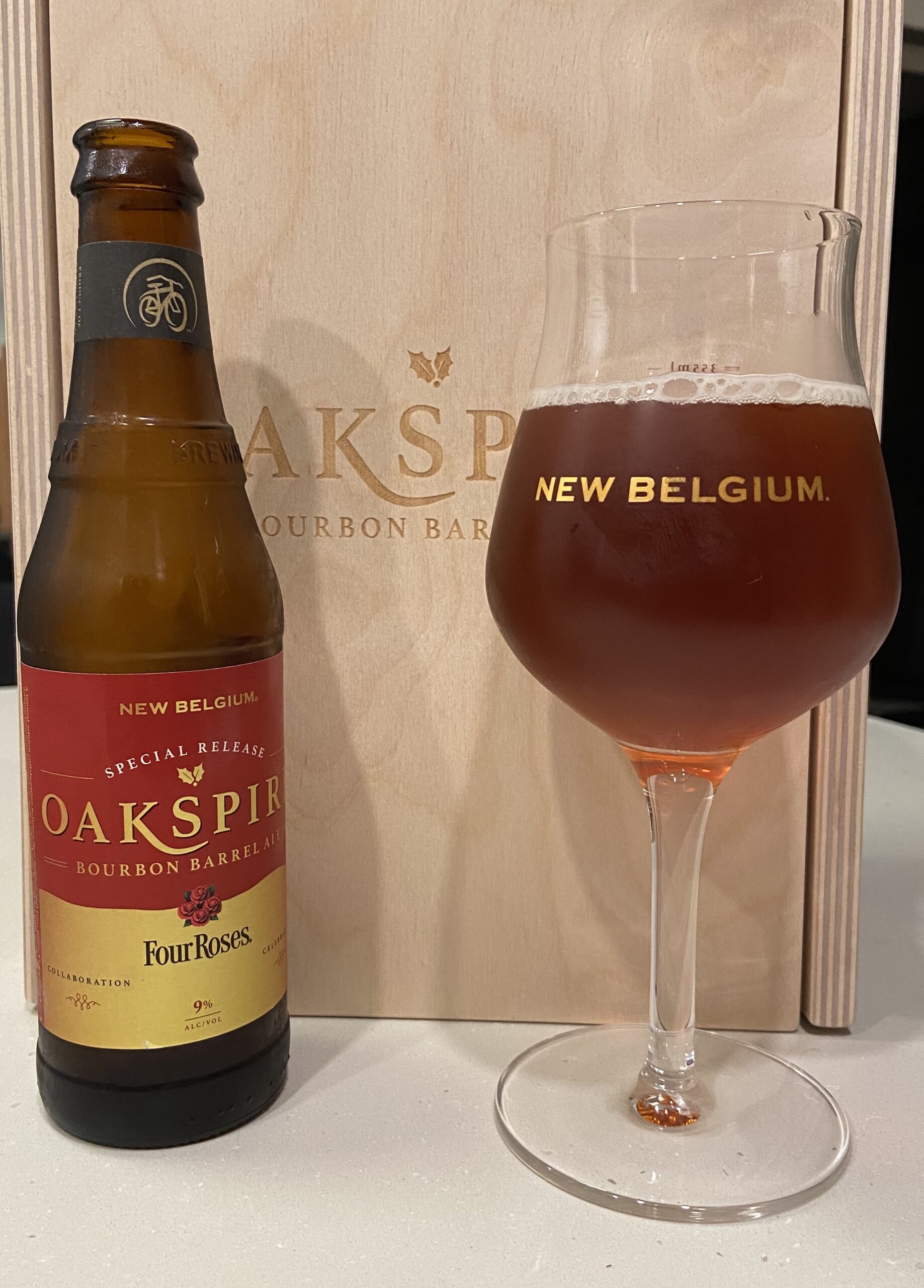 Rather than being a “beer for bourbon lovers,” this is more of a beer for beer lovers who enjoy subtle bourbon flavors tossed in. It’s at the end of the beer-bourbon spectrum opposite, say, Goose Island’s famed annual Bourbon County Stout releases. The typical bourbon-barrel-aged stout is great for a few sips and not much more for me, whereas I could go through a couple of Oakspires, no sweat. The bourbon-barrel-aged stout market is highly saturated, and New Belgium and Four Roses take a different, fresh approach with this release — a bourbon barrel beer that isn’t a meal unto itself.

As someone who loves ales and enjoys bourbon, I thought this was great, but it left me wanting a bit more bourbon. If you like ales, you’ll probably like this, which you can’t say for many bourbon barrel beers. The vanilla, caramel and toffee flavors you expect from a Four Roses bourbon are here — but subtle.

I wouldn’t mind the bourbon flavors being more prominent, both on the nose and palate. Four Roses makes great bourbon, and I’d love for those flavors to come through a bit more in the beer, without sacrificing too much of its lightness and ale profile.

New Belgium first released Oakspire in 2018, when it infused its beer with Knob Creek. The Knob Creek iteration launched again in 2019 and 2020. This year is the first that New Belgium has tapped its sister company. For more information on the Oakspire collaboration and its special infusion method, check out our previous story on the release or New Belgium’s website.