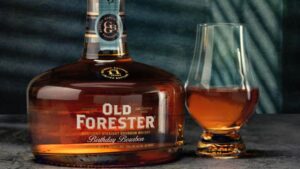 Old Forester rings in the birthday of its founder, George Garvin Brown, every year, with its annual Birthday Bourbon. But this year, the brand is doing things differently, with a welcome change to its limited-release policy.

For the first time, the distillery will not sell bottles at its location on Louisville’s Whiskey Row on Sept. 2. Instead, it will host a sweepstake across the country that will provide an equal shot at winning a chance to buy one of the coveted $149.99 bottles.

“Birthday Bourbon holds a special place among Old Forester’s limited releases, celebrating the legacy of the Brown family. We’re excited to open up the opportunity for bourbon lovers all over the country to get their hands on this beloved bourbon.” Master Distiller Chris Morris said, according to Forbes.

The decision not to sell Birthday Bourbon on-site is the latest in a long line of measures taken by the brand to limit resellers from purchasing premium Old Forester bottles that frequently appear at the tasting room and then selling them at heightened prices.

The resale costs of Old Forester Birthday Bourbon bottles, Presidents Choice, and the 117 Series are significantly higher than those of standard bourbons, going for hundreds if not thousands of dollars each on secondary markets. This new release method allows everyone an equal opportunity to get their hands on a bottle without subjecting the fanbase to price-gouging.