Old Forester Announces Newest President’s Choice Bourbon, now Allows Buyers From Across the Nation (but Still Requires Trip to Kentucky to Pick it Up) 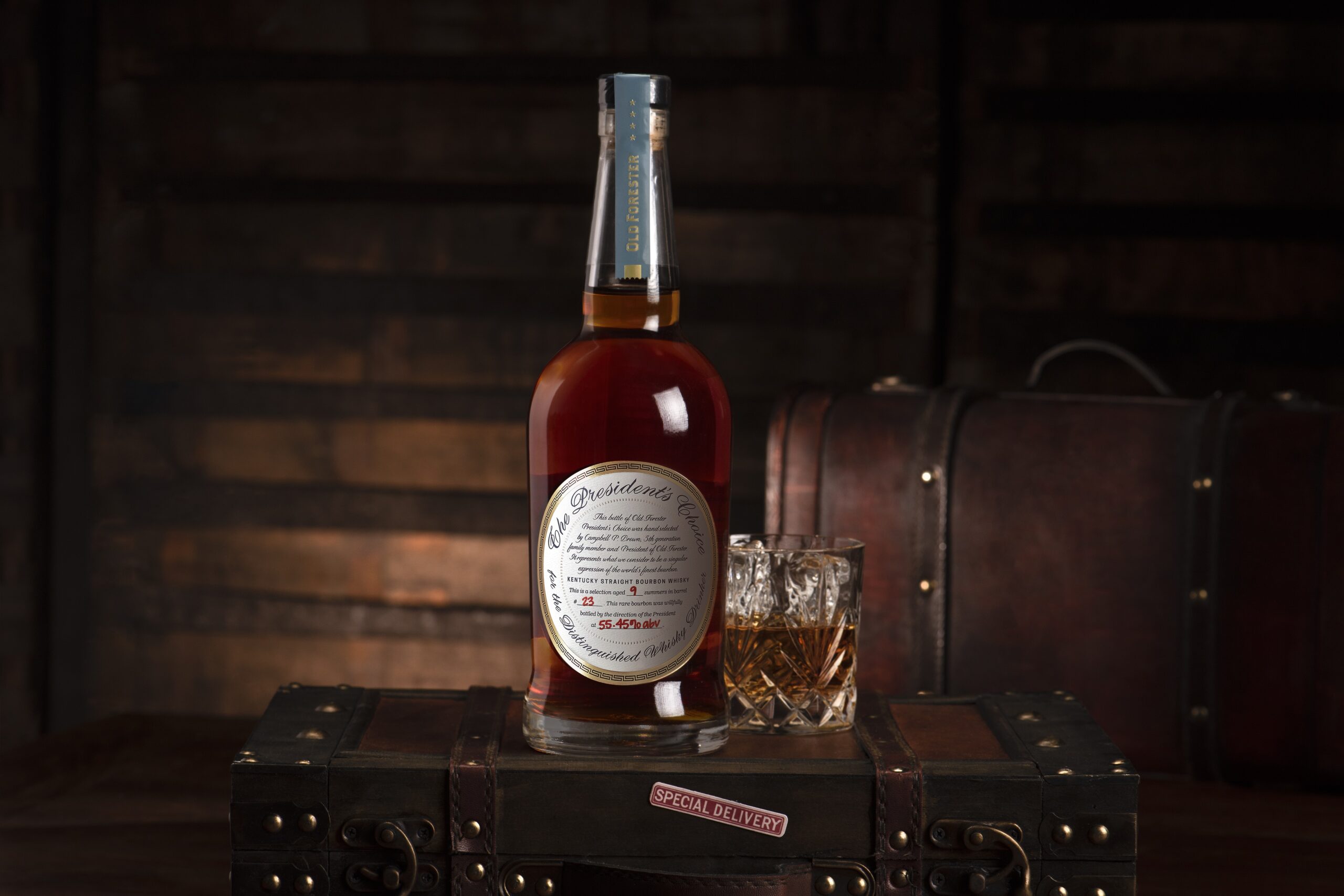 For the first time, Old Forester is opening up its Old Forester President’s Choice release to nationwide consumers. (Photo: Brown-Forman)

This month, for the first time, Old Forester Distilling Company will offer consumers across the U.S. a chance to win the opportunity to purchase a bottle of Old Forester President’s Choice, which the brand called “one of its most sought-after limited releases” in a news release.

Buyers still will need to pick the bottle up from the Old Forester Distillery in Louisville, Kentucky, but at least this year, they won’t need to be in Louisville the moment the batch is released. This is the first year individuals nationwide have been granted the opportunity to reserve and purchase a bottle.

“It’s often difficult for consumers to buy President’s Choice unless they happen to be at the distillery on the day it’s released,” Master Taster Jackie Zykan said. “We continue to look for ways to improve our systems to share these special bottles with our fans, and we believe this new approach can help us achieve just that.”

Old Forester President’s Choice, which was aged nine years and bottled at 110.9 proof, retails for $179.99 in limited quantities.

Old Forester fans may enter the sweepstakes beginning at the time this story was published, until 5 p.m. ET Friday at this link — or, if you live in Florida or New York, this link instead. An unspecified number of winners will be chosen at random and notified that they were selected via email on Dec. 14. Winners who opt to purchase a bottle will have until Jan. 29 to pick up their bottles in person.

This year’s barrel was selected by Campbell Brown, chairman of Brown-Forman, which owns Old Forester with the guidance of Zykan. Brown is a fifth-generation member of the Brown family, which founded Old Forester.

Nose: On the nose, this barrel expresses itself as sweet and inviting with notes of creamy milk chocolate, baked apple and complemented by touches of toasted coconut and brown sugar

Taste: The palate opens up beautifully with bright caramel that transitions to robust spices

Finish: The bold and balanced flavor profile is followed at the end by notes of sweet vanilla cream and fresh anise to round out a lengthy clean finish of President’s Choice.