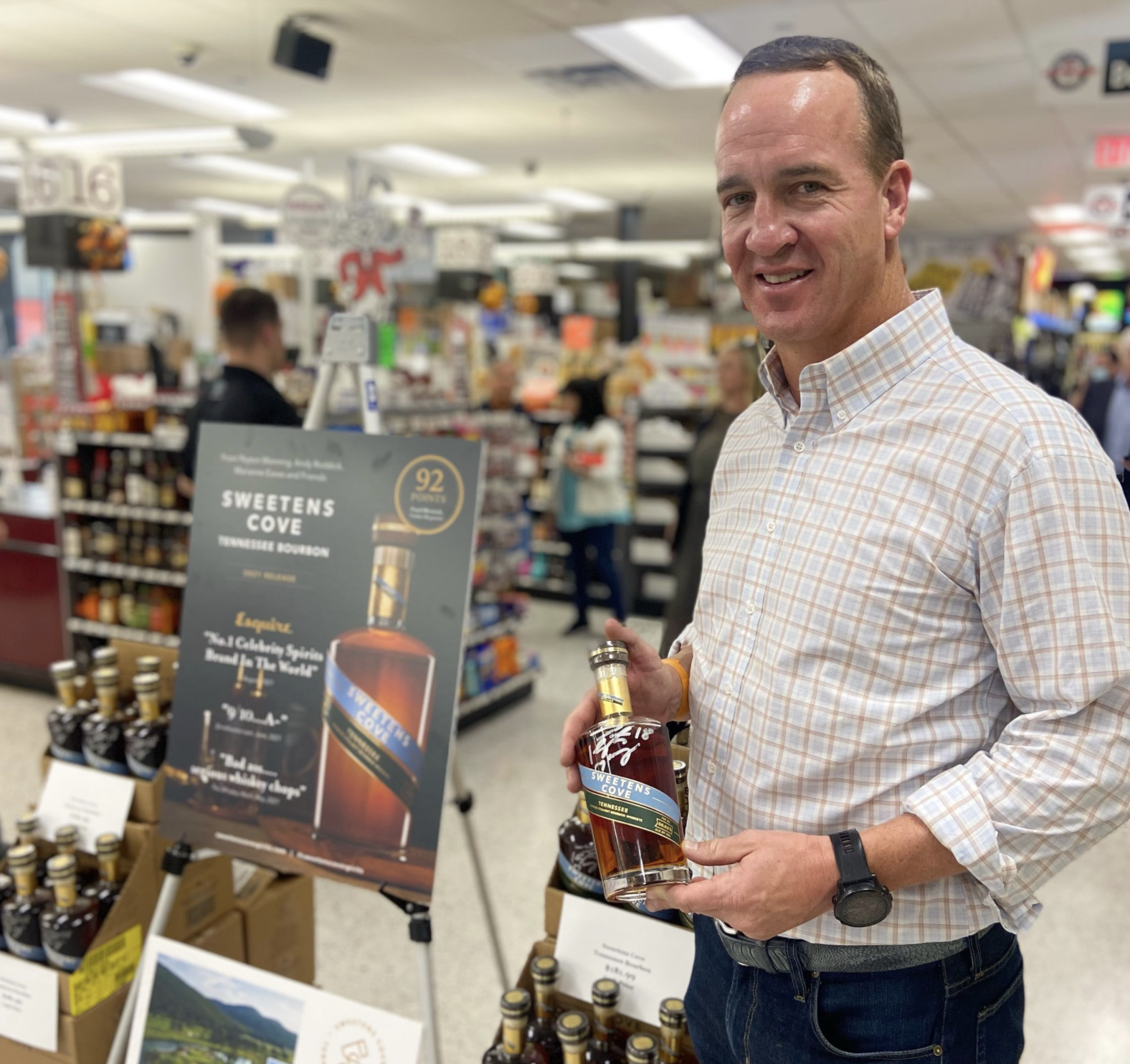 The bottles were put on sale at Spec’s on Wednesday afternoon shortly before 4 p.m. for $200 each (or $181.99 if customers paid in cash), which is the same price non-autographed bottles of Sweetens Cove normally go for. The store closed at 9 p.m. Wednesday and reopened Thursday at 10 a.m. The 100 bottles sold out by about 11 a.m. Thursday, a Spec’s representative told Whiskey Raiders. So, in total, it took about six hours of the store being open for the bottles to sell out.

“I’m excited to be in Houston today and meet with the good folks at Spec’s and sign a few bottles,” Manning said in a statement. “Texas is a great and important market for us at Sweetens Cove. I hope folks will give it a try and learn about our story and this special product.”

For Manning, this is more than just a brand to slap his name on and make some money. In September, Manning said he had spent time cold-calling liquor store clerks in Indianapolis in an attempt to convince them to stock Sweetens Cove.