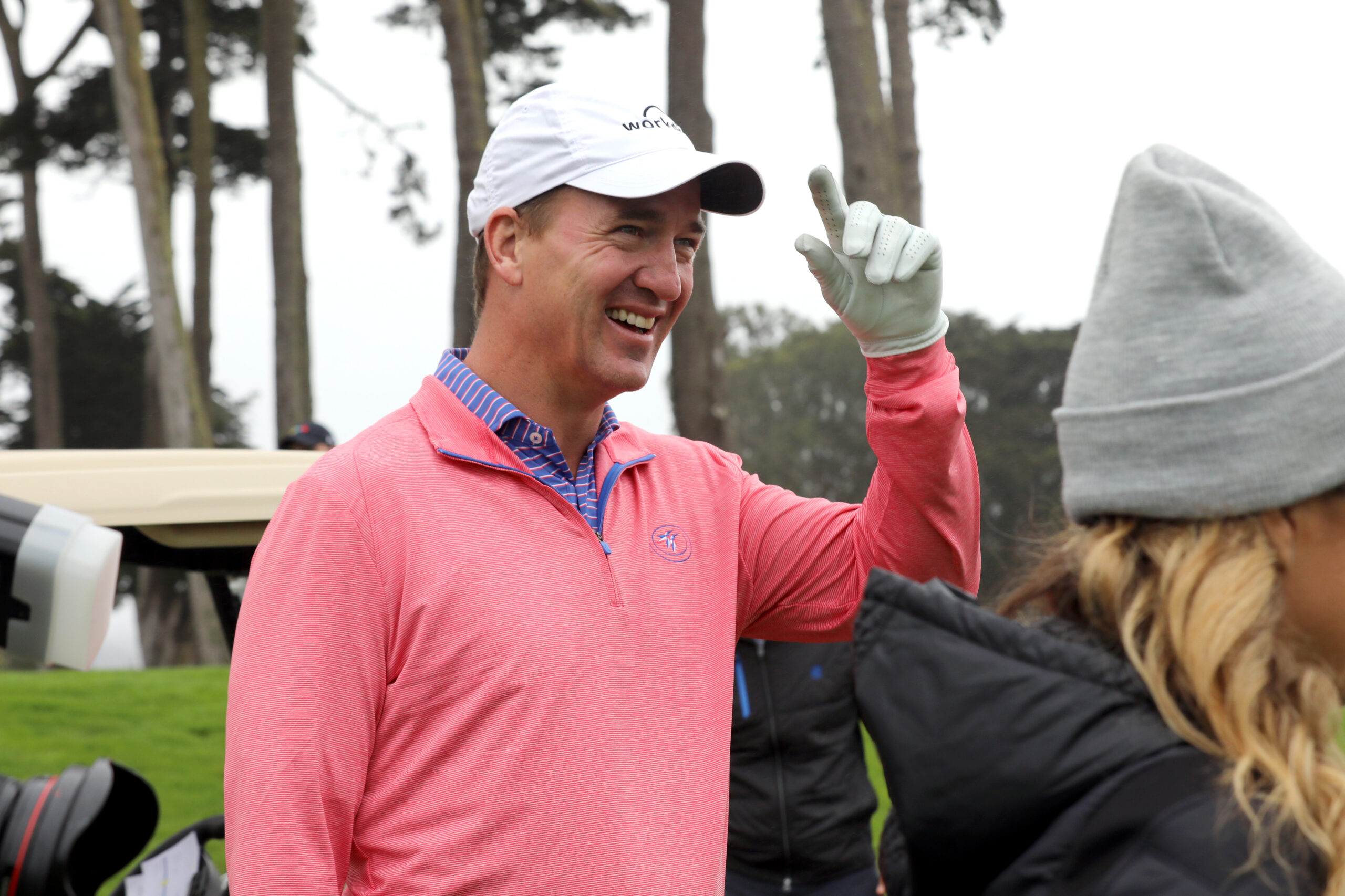 Peyton Manning is one of the greatest quarterbacks of all time. He was enshrined in the Pro Football Hall of Fame this year, and he keeps busy with his informative Monday Night Football broadcasting gig. But in his spare time, what has Manning has been up to? The self-described “hustler” told IndyStar that been making cold calls to Indianapolis liquor stores, attempting to persuade them to put his “Sweetens Cove Tennessee Bourbon” on their shelves.

The bourbon initially was sold in Tennessee, and then expanded to Texas, Kentucky, Louisiana, Colorado and South Carolina. Indiana recently became the seventh state to stock it.

For a liquor store clerk in Indianapolis — the city where Manning spent the bulk of his career won four MVP awards and won a Super Bowl — receiving a call from Peyton Manning at your day job has to feel like a dream (or a prank call). But Manning’s efforts haven’t been fruitless, he told IndyStar.

“I do at least kind of get a response and call back,” Manning said. “But the bourbon has to do it after that. It has to be good.”

Manning told IndyStar that he’s more of a beer guy, but he does enjoy the occasional glass of bourbon (with a single ice cube at about 7 p.m., he said).

Retailing at about $200 a bottle, Sweetens Cove is a pricy bourbon. It is a blend of three straight Tennessee bourbons: a 4-year-old, a 6-year old and a 16-year-old. Bottled at 112 proof, here are Sweetens Cove’s listed tasting notes: “Sweet toasted oak, bright ripe fruit, hint of baking spice, and vanilla bean. robust cooperage, brown sugar and toffee oak presence grows on finish.”

Sweetens Cove Bourbon is named after a golf course of the same name in Tennessee. Manning, tennis player Andy Roddick, and Mark Rivers, a real estate developer and friend of Roddick, came up with the idea for the bourbon based on their shared affinity for the course and the tradition of golfers taking a shot of whiskey before they hit their first golf shot.