‘We Had Nothing to Do With it’: Pinhook Bourbon Says it Played no Part in Creation or Placement of Labels Mocking Bob Baffert

A detail of the saddle cloth of trainer Bob Baffert’s horse is shown during morning workouts for the upcoming Preakness Stakes at Pimlico Race Course on May 12, 2021, in Baltimore, Maryland. Pinhook Bourbon has said it had nothing to do with the sticker labels making fun of Baffert. (Photo by Rob Carr/Getty Images)

Independent American whiskey bottler Pinhook Bourbon was unaware of and had no connection to the “Bobby’s Secret Horsey Stuff” sticker labels that poked fun at Hall of Fame horse racing trainer Bob Baffert and were placed on Pinhook bottles, the brand said.

Last week, the sticker label created by the Louisville Bourbon Club in collaboration with Louisville, Kentucky retailers Cox’s & Evergreen made headlines for its design, which made fun of Hall of Fame horse racing trainer Bob Baffert and his history of allegedly doping horses. Baffert was suspended from Churchill Downs and the New York Racing Association after his 2021 Kentucky Derby-winning horse, Medina Spirit, failed a drug test.

“I think it’s just important to be clear that we had nothing to do with it simply because — I think the fact that it obviously has to do with horse racing, and our brand has ties to horse racing — could make it even more confusing to people and make it seem like we must have or might have had something to do with it, which is obviously not the case,” Pinhook co-founder and master blender Sean Josephs told Whiskey Raiders.

“We didn’t even know that they were planning on doing a sticker. Let alone, we didn’t know what it was. So yeah, it was a complete, total surprise,” Josephs said.

Pinhook’s proximity to horse racing indeed made this more of a sticky situation than other similar instances, such as the New Riff/Rick Pitino incident of 2020. In horse racing, “pinhooking” is the practice of purchasing a young horse with potential and raising and training it. This is what Pinhook Bourbon does with whiskey barrels. 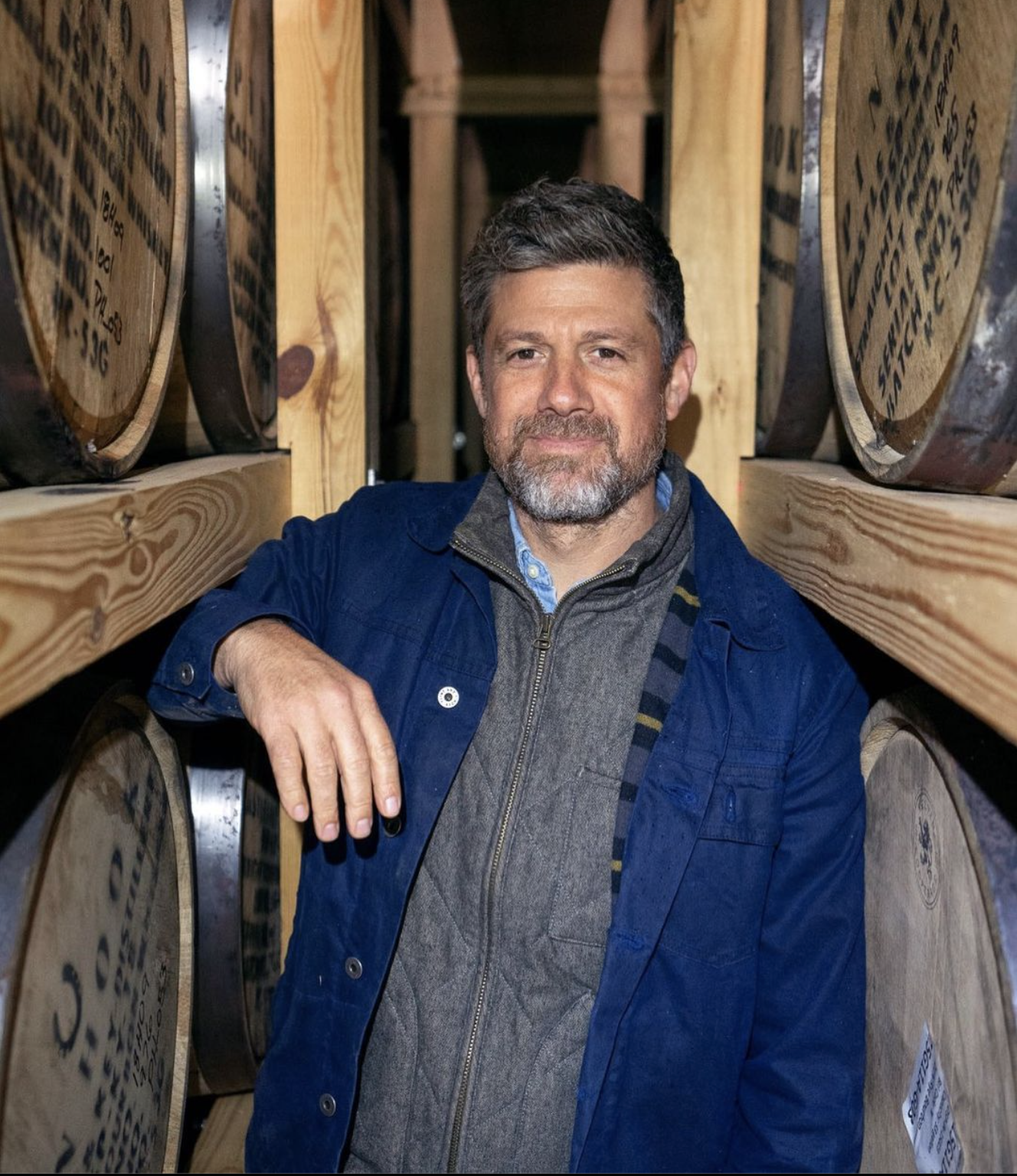 This particular bottling was a three-barrel blend (which Josephs calls a “true small batch”) picked by Louisville Bourbon Club and Cox’s & Evergreen.

“They created their own special blend, which I think is really cool and probably even gives it more of a sense of ownership than just picking a single barrel, because it was something that they really crafted to their palates,” Josephs said.

Josephs added that he has never asked any group if it plans to use a sticker on a Pinhook bottle, let alone what the sticker will be. Some distilleries, such as Four Roses, have taken to regulating or outright banning the use of sticker labels on their bottles. The concern is that while these labels are placed on bottles by third parties, consumers may be likely to associate any sort of messaging on them with the brand whose whiskey the sticker is found on — a reasonable assumption for those who aren’t familiar with the sticker-labeling process.

While Josephs hopes consumers and horse racing professionals realize Pinhook played no role in the creation or placement of these anti-Baffert sticker labels, he’s not decrying the process or the makers of the label and has no plans to impose a ban on sticker labels the way Four Roses did.

“I also think it’s theirs to do with as they please, right? I mean, it’s their product,” he said. “And so I would say, generally, we just kind of feel like what everyone chooses to do on their own is up to them.

While Josephs wants it known that Pinhook had nothing to do with the sticker label, he believes Louisville Bourbon Club should be able to do what they want with the bottles they picked.

“I think that as long as people are aware that we didn’t do it, I don’t see why people can’t have some fun with it,” Josephs said.