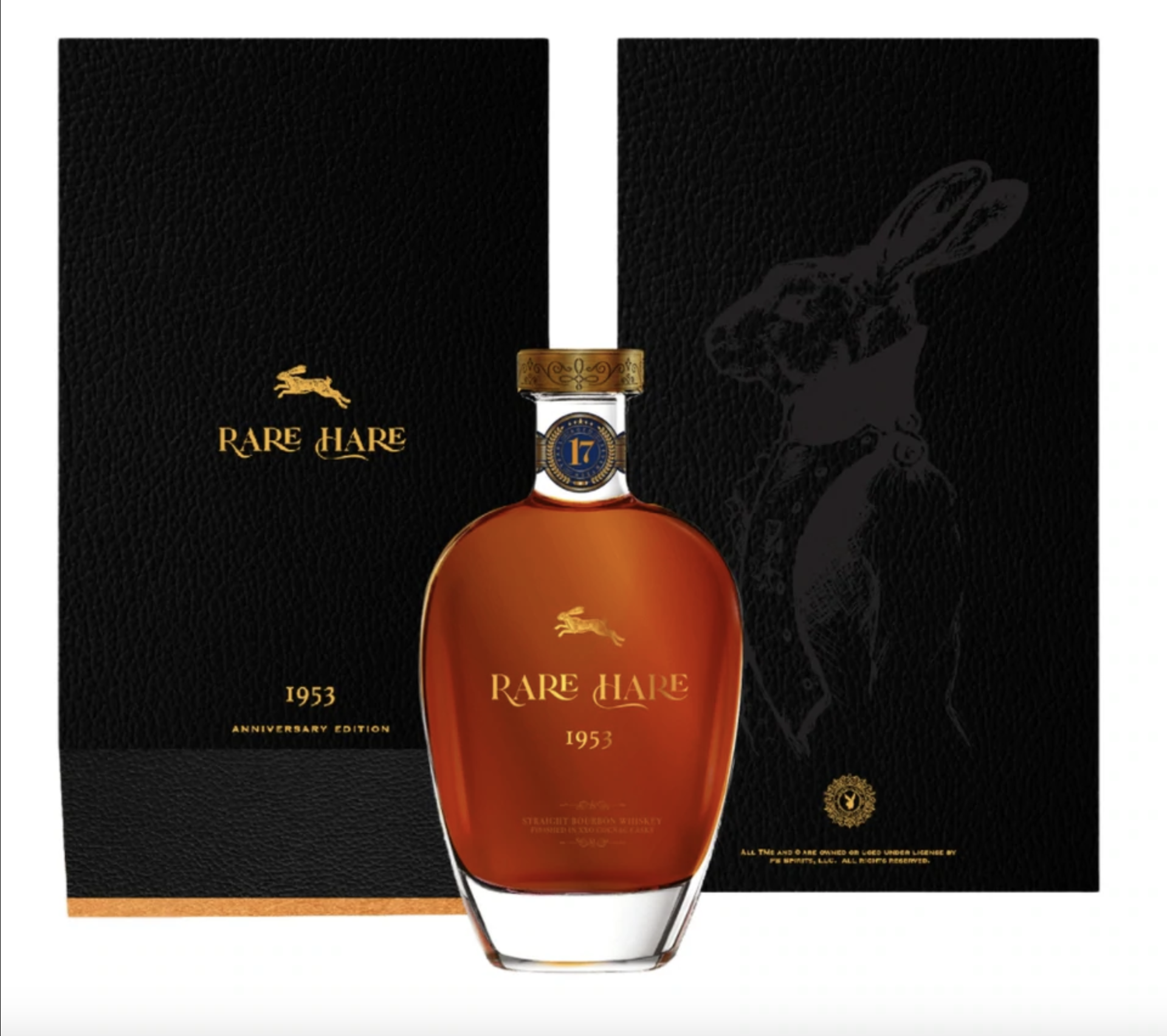 Famed lifestyle and entertainment brand Playboy on Monday announced the launch of its first bourbon, Rare Hare 1953, named for the year Playboy was founded.

Bottled at 111 proof by Rare Hare Spirits in Memphis, Tennessee, the 17-year straight bourbon whiskey was finished in XXO Cognac casks from the Champagne region of France. Only 1,953 bottles were produced for the U.S. market. Rare Hare 1953 is available for preorder at online retailers including ReserveBar, which lists the bourbon’s price as $589 for a 700-milliliter bottle.

The release “embodies craftsmanship, sophistication, and a passion of Playboy Spirits,” according to the brand.

The name of the whiskey may be considered misleading, as reading “1953” could lead consumers to think they’re purchasing a nearly 70-year-old whiskey, which would be a much more valuable asset than the 17-year expression that this is.

Playboy debuted the Rare Hare brand in December with a tequila launch priced at $899 per bottle. Rare Hare Double Barrel Añejo Tequila was created in collaboration with tequila brand Código 1530.

Finish: Long-lasting on the tongue with never ending caramel and a touch of nutmeg.