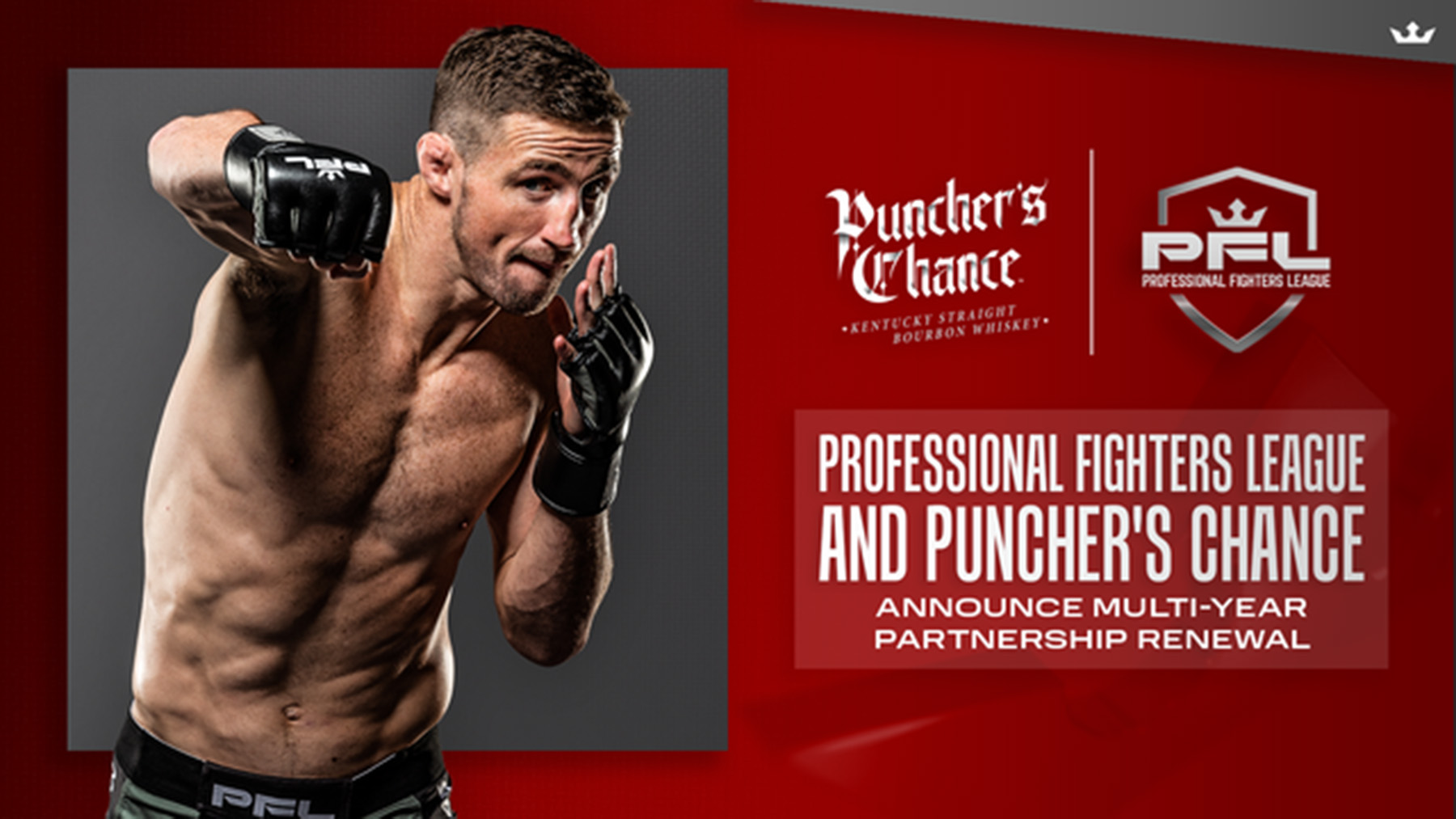 “We’re doubling down and going another round with the Professional Fighters League, as we see real value in bringing our Puncher’s Chance Bourbon to this captive and committed audience of MMA fans,” Umberto Luchini, founder of Wolf Spirit, said in a news release. “For Puncher’s Chance, it’s like moving up a weight class with an even bigger and more impressive partnership. We look forward to creating more opportunities with the PFL community to engage with the brand.”

As part of the deal, Puncher’s Chance will present “Upset of the Night” at all PFL events and have a presence during the PFL Challenger Series, which returns Friday.

Read More: ‘We are the Underdogs’: How a Team of ‘Misfits’ Built the Spirits Company That’s Sponsoring the Professional Fighters League

The two parties will also collaborate on a TV commercial, which will air during the 2023 regular season. Two PFL athletes will also be named ambassadors for the Puncher’s Chance.

“We’re thrilled to continue and expand upon our collaboration with Puncher’s Chance for the PFL Regular Season and Challengers Series,” PFL chief revenue officer Jon Tuck said in the news release. “PFL and Puncher’s Chance are dynamic brands that have built reputations on delivering memorable experiences to audiences around the world.”

The PFL recently signed famous social media influencer and professional boxer Jake Paul to a multiyear deal. Paul will compete in a new PFL division called Super Fight, whose events will be pay-per-view. Fighters in Super Fight will earn at least 50% of PPV revenue.