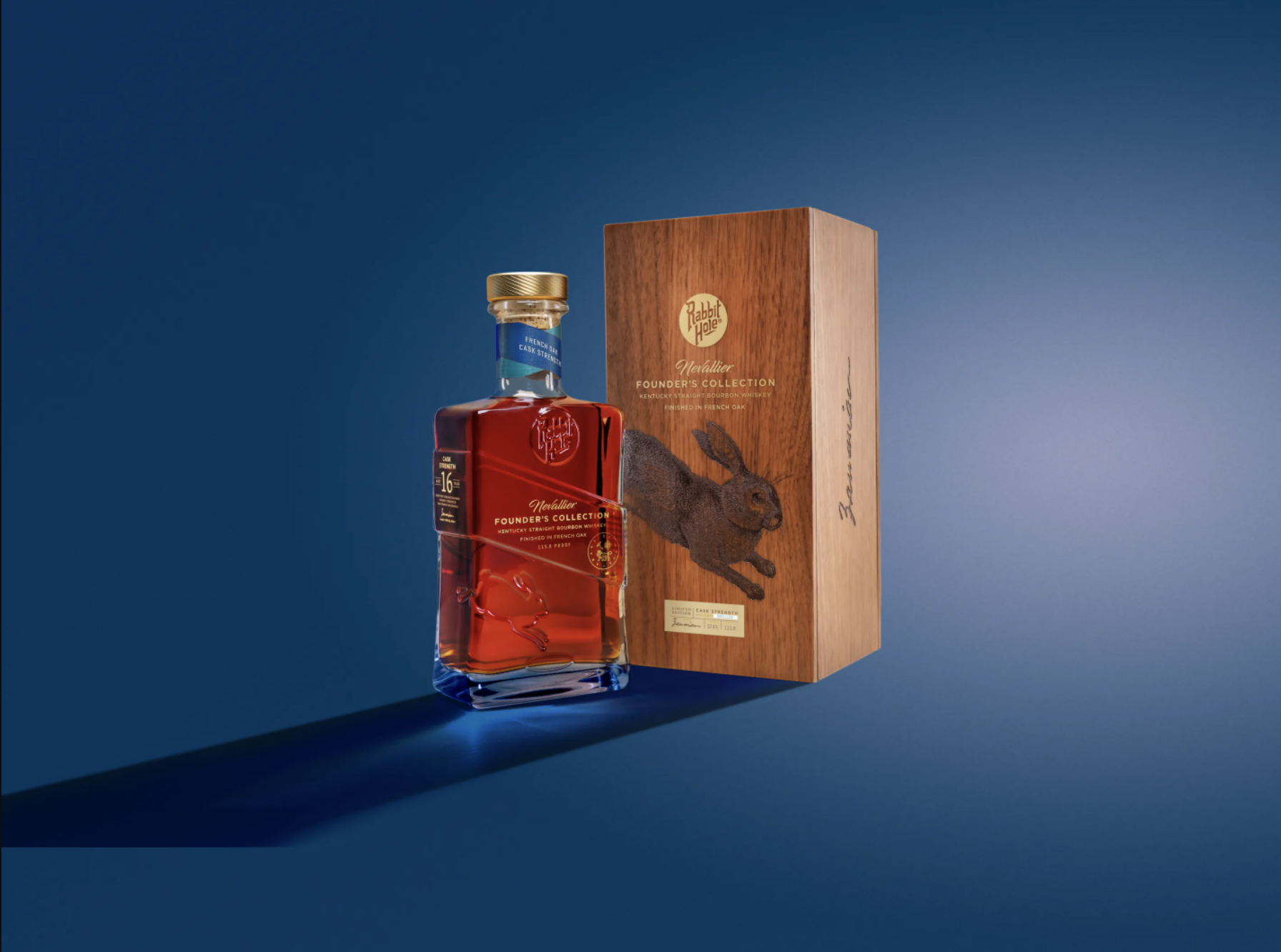 The bourbon was aged 16 years — 15 in American oak barrels and an additional year in French Oak barrels crafted from the Nevers and Allier forests of France. The French barrels were crafted by French cooperage Tonnellerie Leroi.

With this release, Rabbit Hole Distillery’s founder and whiskey maker Kaveh Zamanian set out to explore the impact of French Oak on bourbon, according to The Bourbon Review.

“It’s not a cliché for me to say that I go down ‘rabbit holes’ to challenge what bourbon is and what it can be,” Kaveh said. “This element of exploration and a willingness to take risks is exactly what our Founder’s Collection represents. With Nevallier, I set out to explore how bourbon could be transformed by French Oak and the result is a whiskey that is completely unique in relation to the other whiskeys I have produced. Nevallier nudges bourbon past its traditional borders and it is my hope that this one-of-a-kind spirit expands the perception of bourbon among those who have a deep appreciation for fine whiskey.”

Only 1,155 bottles of this cask-strength bottling will be released in June, making it a very limited release. It will sell for a suggested retail price of $895 per 750-milliliter bottle. The bourbon is bottled at 115.8 proof.

Nevallier is a blend of 10 Kentucky high-rye bourbons chosen by Kaveh from the private collection he began curating before he founded Rabbit Hole.

Rabbit Hole’s Founder’s Collection has been very well-reviewed since its debut. Whiskey Raiders particularly enjoyed Rabbit Hole Founder’s Collection Mizunara, which scored a 9/10. The Mizunara edition was priced at $1,500 a bottle, so while this latest release is quite pricy, it’s much more accessible than its predecessor.