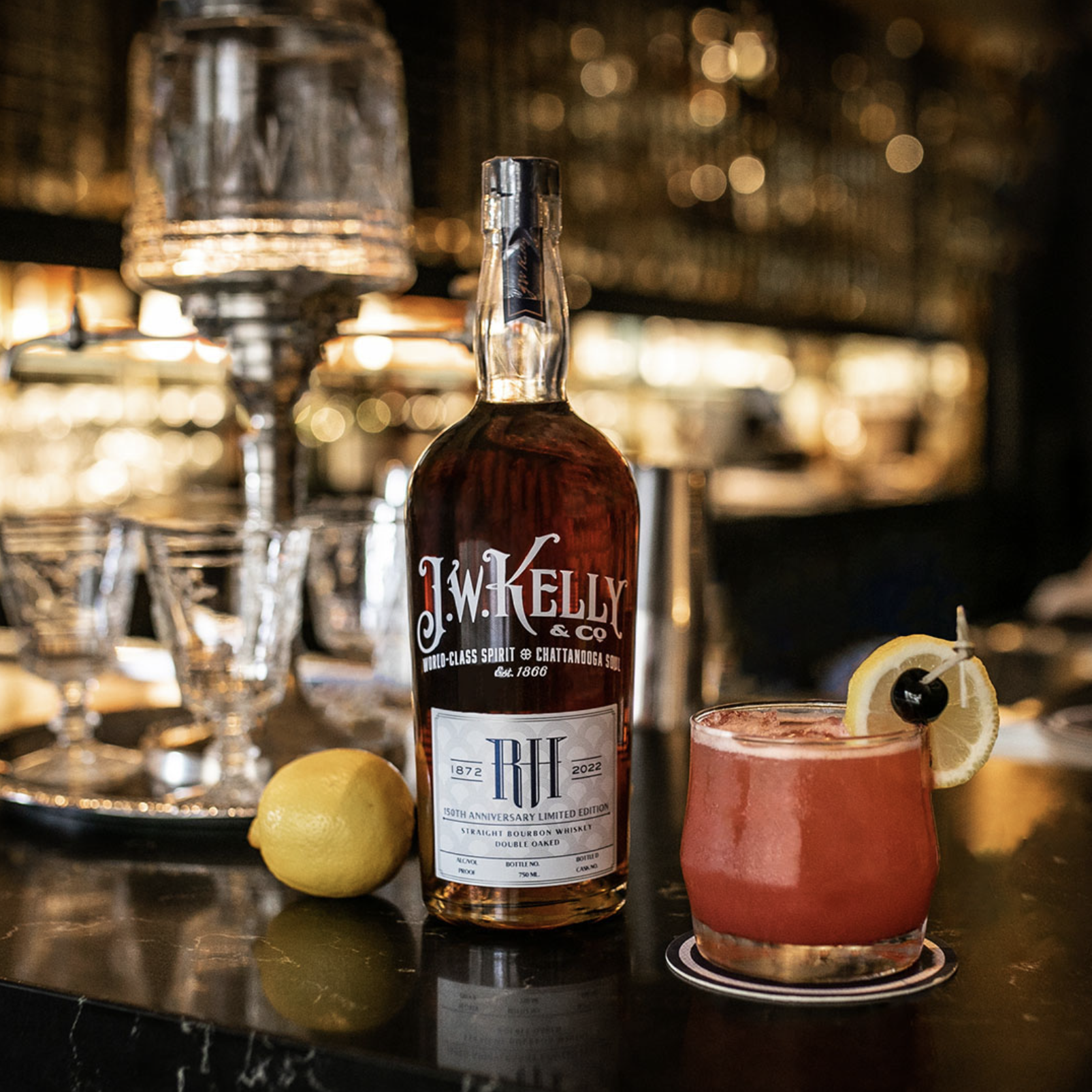 Chattanooga, Tennessee hotel The Read House has collaborated with J.W. Kelly & Co. to launch a bourbon to celebrate the hotel’s 150th anniversary. (Photo: The Read House)

J.W. Kelly & Co. Distillery and Chattanooga, Tennessee hotel The Read House are collaborating to launch a limited-edition bourbon to celebrate the hotel’s 150th anniversary, the hotel announced on Instagram.

The Read House’s 150th Anniversary J.W. Kelly Limited Edition Double Oaked Straight Bourbon Whiskey is a single barrel select pick from barrels that are five to eight years old, then transferred into a new American oak barrel and aged for another eight to 12 months. The cask-strength expression is bottled at 114.8 proof. It was selected in February this year at J.W. Kelly’s rickhouse in Chattanooga.

The two companies have a history with one another. In 1890, J.W. Kelly purchased and operated The Read House’s bar and billiards room. Two years later, the whiskey company also leased the hotel’s cigar stand.

“The J.W. Kelly Distillery was once located across the street from The Read House, so it is fitting that we commemorate our 150th anniversary with a limited-edition single barrel whiskey pick,” said Jim Bambrey, general manager of The Read House. “We look forward to sipping this delicious whiskey with our guests, residents and whiskey fans.”

The Read House’s 150th Anniversary J.W. Kelly Limited Edition Double Oaked Straight Bourbon Whiskey is available at area liquor stores at a suggested retail price of $60. The whiskey also may be enjoyed at the hotel’s restaurant, Bridgeman’s Chophouse, and at its Bar & Billiards Room.

To celebrate the occasion, The Read House created a cocktail, called the One Fifty Cocktail, which features the new bourbon, along with Orange Curacao, Campari, fresh lemon juice and Absinthe bitters.

Finish: Long and viscous with a slow warming heat.