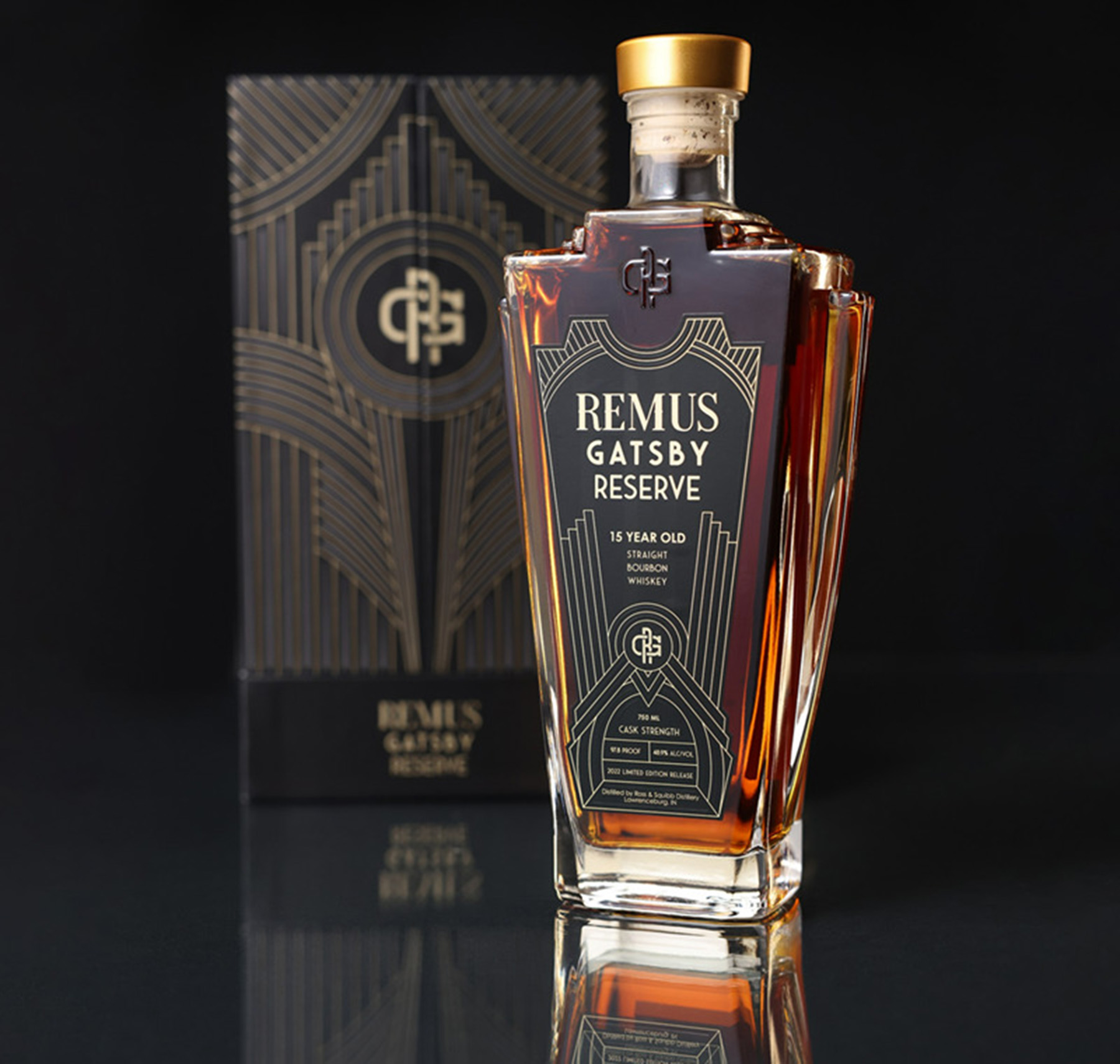 “The Remus Bourbon brand has provided our team an opportunity to showcase the great bourbon whiskey produced at Ross & Squibb,” Ross & Squibb master distiller Ian Stirsman said, according to The Bourbon Flight. “Like the Remus Repeal Reserve series, Remus Gatsby Reserve gave us a chance to showcase some of the best bourbons we have — in this case, some of the finest 15-year-old bourbons in our reserves. Remus Gatsby Reserve is certain to be a highly sought-after member of the Remus Bourbon family, particularly given its limited production.”

Launching in October in limited quantities, Remus Gatsby Reserve retails for a suggested price of $199.99 per 750-milliliter bottle.

“The Remus Bourbon brand is inspired by the finest bourbon of the Prohibition era, and The Great Gatsby offers arguably the most well-known depiction of those times,” said Shanae Randolph, brand manager for Remus Bourbon. “With its Art-Deco-inspired design, Remus Gatsby Reserve will serve as yet another authentic way for the Remus brand to transport bourbon fans back to the excitement of the Roaring 20s.”

George Remus teased the release of the bourbon Thursday with a graphic displaying an F. Scott Fitzgerald quote: