From Basketball to Bourbon: Louisville Legend Russ Smith Has a Whiskey Line 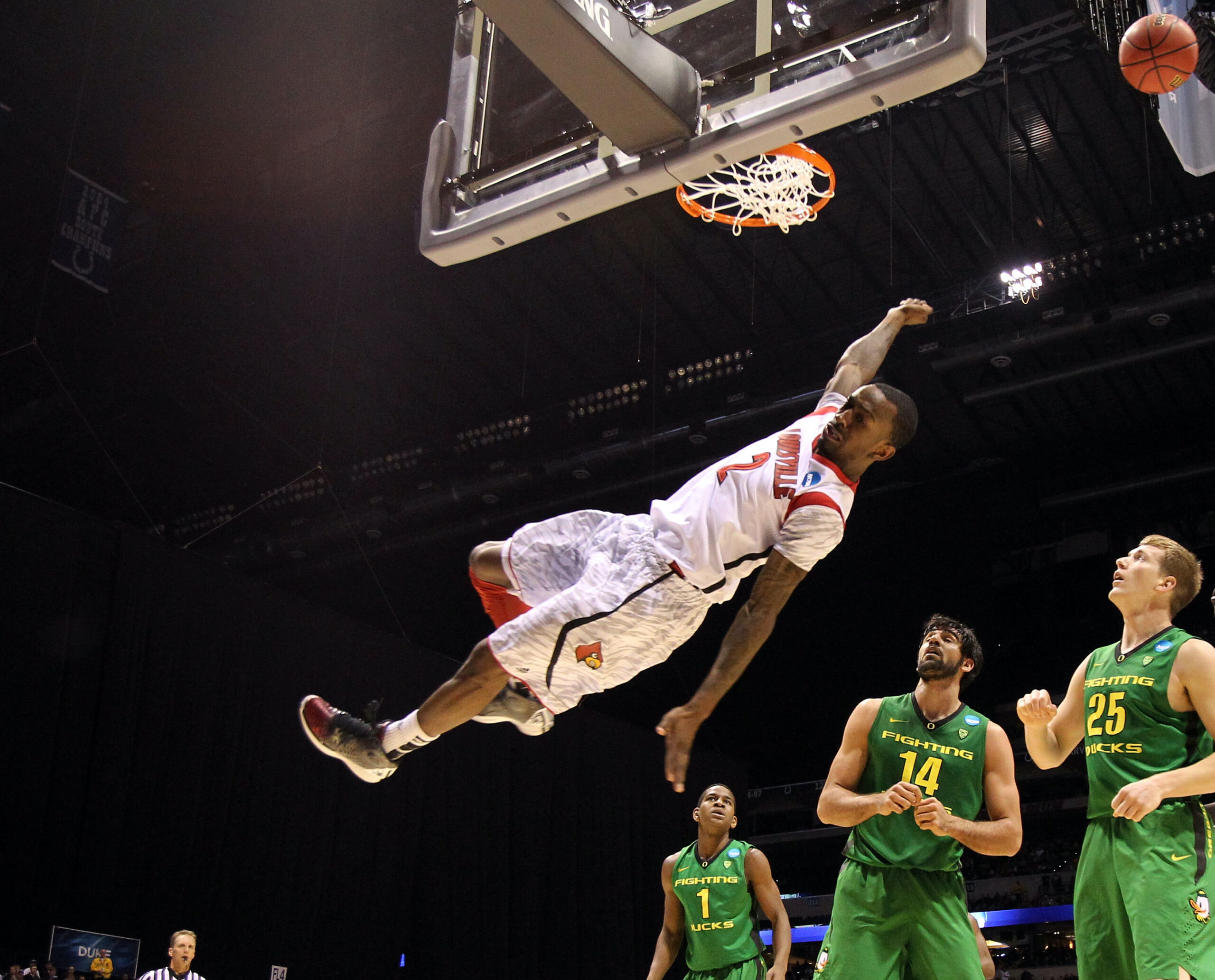 Russ Smith is a Louisville legend. He led the University of Louisville to an NCAA national championship in 2013. He’s also the program’s all-time leader in steals and ranks fifth in socring. The basketball player was so good for Louisville that the school will retire his number Saturday, during halftime of the Cardinals’ game against Notre Dame. Beyond hoops, Smith has made a move into the only space that screams “Kentucky” more than basketball: bourbon.

Smith first announced that he was working on a bourbon line in August 2020, and his brand, Mr. & Mrs., created its Twitter account two months later.

Now, his bourbon is for sale, and it’s doing quite well. Smith told the Louisville Courier-Journal that Mr. & Mrs. has done robust sales thus far. In fact, some labels are even sold out.

Mr. & Mrs. is sold across Kentucky, exclusively at Liquor Barn, according to Spectrum News 1.

Here is background on Mr. & Mrs. Smith from the bourbon line itself:

In 2010, when basketball star Russ Smith arrived at the University of Louisville from New York City, he instantly fell in love with the city’s heritage and pace. Over the years, Russ, a.k.a. Mr. Smith, has developed the Mr. & Mrs. Bourbon Company as his way of paying homage to the town and culture he grew to love and call his own.

Mr. Smith wanted to develop a bourbon to drink with his closest friends in both times of success and defeat. The “Gold Standard” showcases a Straight Bourbon Whiskey aged for 12 years and finished in a Cabernet Sauvignon cask.

In December 2021, Smith sent a bottle of the Gold Standard to Rick Pitino, who coached him at Louisville and now is the head coach at Iona College. Pitino said he enjoyed it even though he “doesn’t normally drink bourbon.”

Smith isn’t the only prominent basketball figure to start a bourbon line; Hall-of-Famer Scottie Pippen started his own brand, Digits.

During halftime of a Louisville basketball game last Wednesday against NC State, a man sunk a full-court putt to win a bottle of Pappy Van Winkle 23-Year Bourbon.