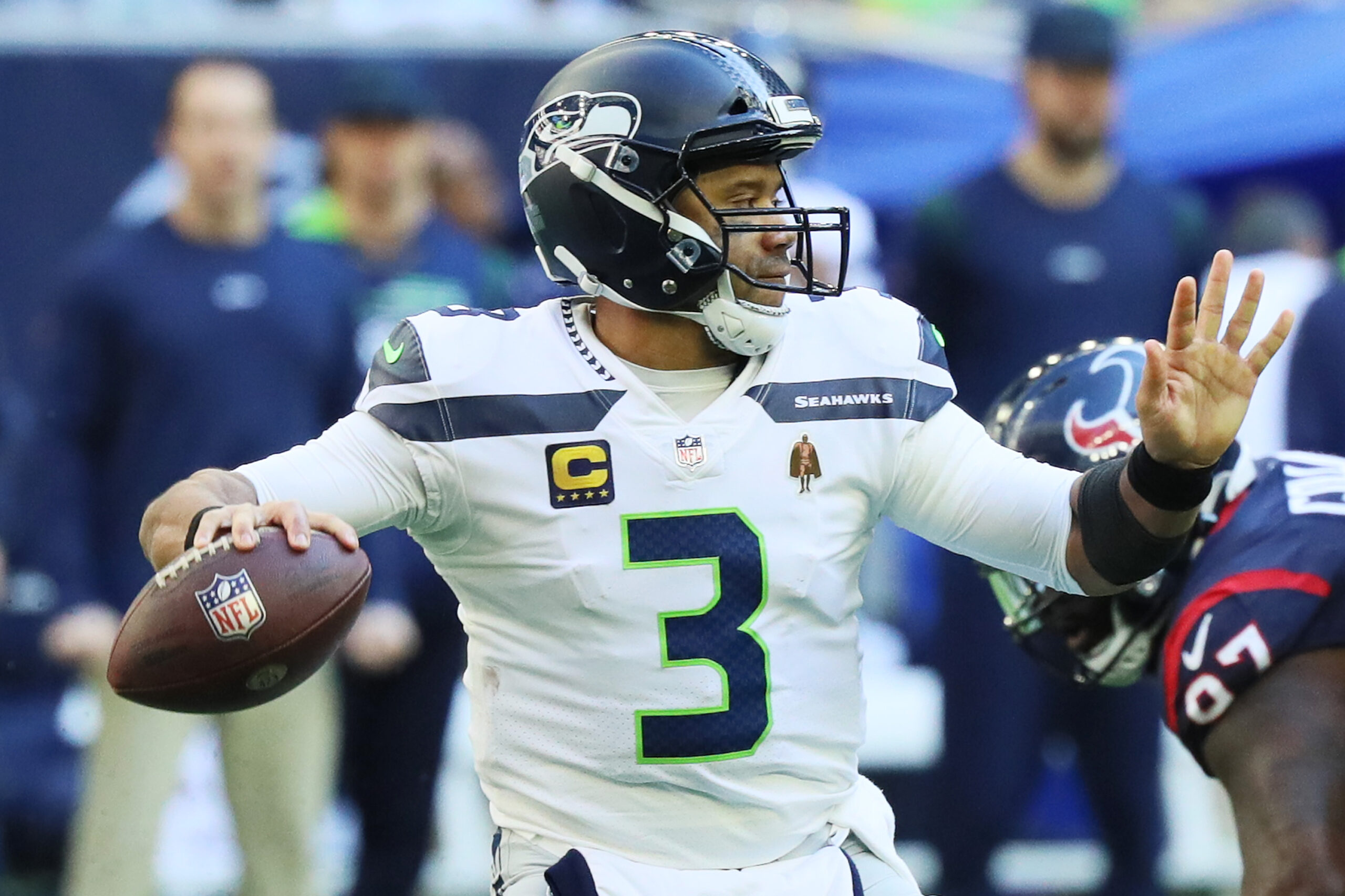 Russell Wilson of the Seattle Seahawks throws the ball during the second half against the Houston Texans at NRG Stadium on December 12, 2021, in Houston, Texas. (Photo by Bob Levey/Getty Images)

As part of the partnership, Jim Beam will have exclusive team logo usage rights in the North American bourbon category, as well as branded merchandise and consumer activations. Jim Beam and Maker’s Mark bourbon, also owned by Beam Suntory, will be available for sale throughout Lumen Field, where the Seahawks play home games.

“The Seahawks are thrilled to partner with two iconic American brands to bring Jim Beam’s and Maker’s Mark’s premium bourbon products to our fans in new and exciting ways,” said Amy Sprangers, Chief Revenue Officer of the Seahawks, in a statement. “We look forward to a dynamic partnership with Jim Beam and Maker’s Mark for years to come.”

It’s mildly interesting but hardly surprising that the Seahawks partnered with Beam instead of one of Seattle’s many local distilleries. Beam, which is on the verge of opening a new, $60 million visitors center, is a Goliath of the bourbon world. And if you’re going to partner with a bourbon distillery, it had better be in Kentucky, the state where 95% of the world’s bourbon is made.

It’s unclear why the Seahawks called Beam the official “North American Bourbon” of the team, rather than just the official bourbon. Bourbon by definition must be made in the United States, so there’s no such thing as non-North American bourbon.

Other corporate partners of the Seahawks include Boeing, Delta, Safeway and Toyota.