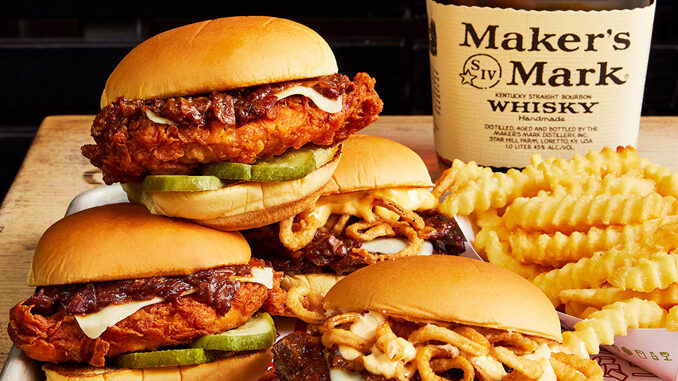 Maker’s Mark bourbon has teamed up with an unlikely partner — fast-casual restaurant chain Shake Shack — on a bourbon jam product, which will be added to two new items on the popular burger joint’s menu.

The bourbon bacon jam “marries the iconic Maker’s Mark Kentucky bourbon, which is aged to taste and has notes of vanilla, caramel and oak, with bacon that is smoked for six hours using real hardwood applewood, creating a sweet and savory sauce with woodsy and smoky flavors with a bit of heat,” according to a news release from Shake Shack.