Black-Owned Whiskey, Rum Brands Team Up for a Special Release in Celebration of Black History Month 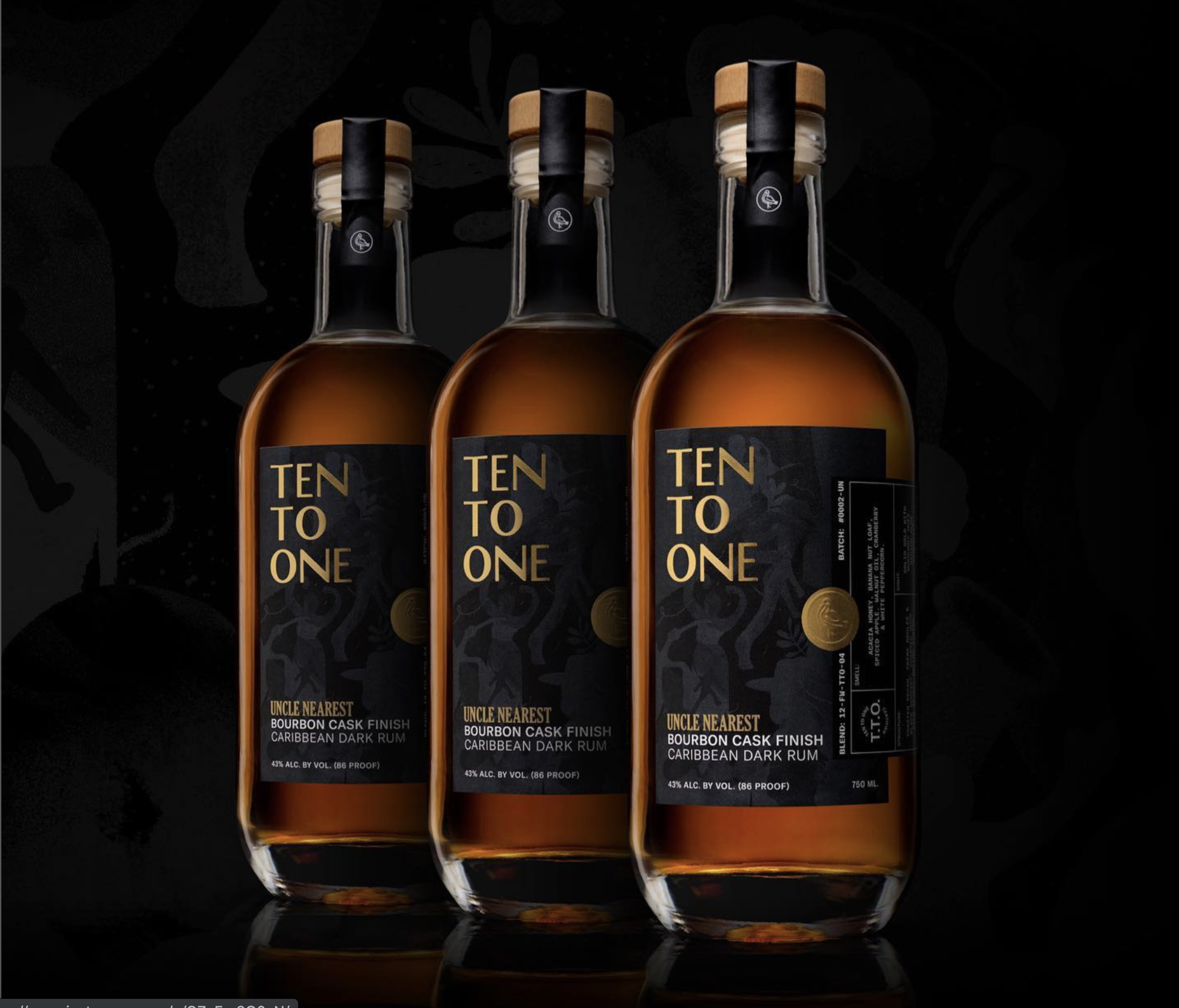 Created by two Black-owned distilleries, this is a special release, launched in honor of Black History Month.

“Honoring our shared history, this collaboration celebrates the many Black spirits pioneers whose contributions to the industry have been largely forgotten. Today we stand proudly on their shoulders to deliver an inspired expression which makes for a stunning sipping experience featuring a beautiful progression of spiced apple, black currant and charred wood notes,” Marc-Kwesi Farrell, Ten to One’s founder, wrote on the bottle’s label.

Ten to One x Uncle Nearest Bourbon Cask Finish features tasting notes of acacia honey, banana nut loaf, spiced apple, toasted pecan, crème brulee, black currant and charred wood. It is recommended on its own or as an interesting substitute for bourbon in the classic Old-Fashioned.

Also available on Ten to One’s website is a new book, “Kindred Spirits,” which highlights 28 talented Black bartenders from around the U.S., who each contributed a cocktail recipe that showcases a different way to enjoy Ten to One rum. The book offers one recipe for each day of February. “Kindred Spirits” costs $24.99 and must be purchased alongside a bottle of rum.